The art of getting by with countless informal activities not only affects the economy or daily activities but has significant repercussions on the urban form and on the very way of understanding urban centres as a constantly changing organism.

In the large square of a modern petrol station, incoming cars have to go around to avoid a herd of goats while the shepherd is talking excitedly on his cell phone. Small vendors of vegetables or sweets crowd at the windows of refuelling vehicles while in a corner some boys have improvised a basic informal car wash. A dozen people, sitting in a circle on plastic chairs and used tires, seem to be caught in a heated discussion. But chairs and men disappear in a moment as soon as a large truck approaches the tire dealer in the yard. Immediately afterward, the men resume their seats, and the conversation continues. 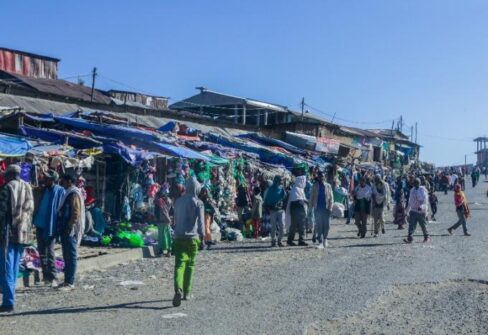 Gondar. Daily Life in the Northern part of Ethiopia

We are in the outskirts of Gondar, a city of 200,000 inhabitants in northern Ethiopia, but we could find ourselves in any large or small city in sub-Saharan Africa. Some call it informality, others disorder; what is certain is that the creative and extremely flexible use of spaces is in all likelihood the main feature of the continent’s urban centres.This feature has its most evident expression in the enormous spread of slums and informal settlements, places that arise rapidly in the gaps of the cities, preferably occupying spaces that cannot be used by ‘official’ buildings. 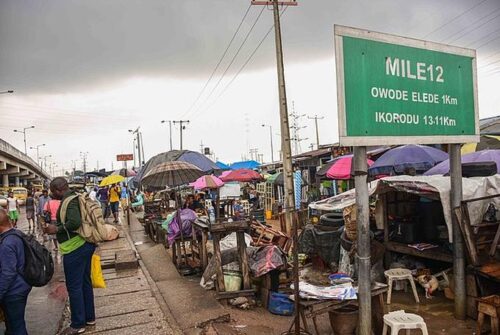 Speaking of informality, the immense neighbourhoods of Nairobi or Lagos and their dramatic health and social situation stand out, but the phenomenon is more or less deeply rooted in any urban centre, so much so as to make it impossible to make a clear distinction between official and illegal areas. And it is not just about slums; the African city does not know totally unused spaces or ‘non-places’ left to themselves. Any area can be transformed and find a new vocation within a few hours.
Mainly as markets, warehouses, or ways through but also: urban agriculture, for example, is increasingly widespread and especially in small towns, many free plots, from roundabouts to cemeteries, are often used to produce vegetables.
When the iron mines of the small town of Lunsar, in the central north of Sierra Leone, were closed in the 1970s, most of the inhabitants began to clean up the marshy areas to use them as rice fields, colouring the urban streets with the brilliant green of newly transplanted plants.
An activity partially abandoned with the reopening of the mines a decade ago, but immediately resumed upon the arrival of the Ebola epidemic and the consequent lockdown.

Making the most of every opportunity
The optimization of urban spaces and the informal nature of the activities require the ability to create extremely flexible structures or functions. Everything is, or can be, ephemeral and flexibility allow both to survive problems and emergencies but also to adapt to contexts in rapid and continuous change and make the most of every opportunity. 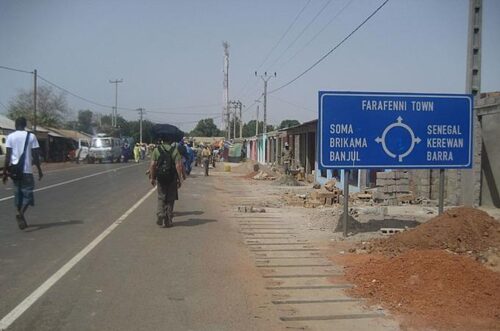 The Gambian town of Farafenni is a must for those who want to reach Casamance, avoiding a 400 km route through the hinterland of Senegal. Here the main activity has always been street trade, especially near the banks of the Gambia River, where the queues to load vehicles onto the ferries can last weeks and a real informal commercial village has been born with stalls, currency exchanges, cheap restaurants, or makeshift motels. However, the new Senegambia bridge, co-financed by the African Development Bank and completed in 2019, has brought these thriving businesses to crisis point. As a result, the makeshift buildings on the banks of the river are rapidly disappearing to move to the toll stations or to the other side of the city, near the Senegalese border, where queues of vehicles remain waiting to pass customs controls. A movement of people and activities capable of transforming the urban form and its equilibrium in a very short time.
The ability to convert and regenerate free spaces in places of commerce or relationships does not only concern the scraps of land that escaped overbuilding or the narrow pavements, but even beaches or dry river beds, as happens in Keren, a town in the Eritrean lowland where the open bed of the almost permanently dry stream that crosses it, hosts the renowned weekly livestock market.

Informal activities
The aptitude for the creative use of spaces is a widespread trend throughout the continent and is equally developed in metropolises and smaller centres. All of these strategies are in fact closely related to the activities of the informal economy, the real engine of African cities, which through complex systems of social and economic networks makes it possible to cope with the chronic lack of the services of an ‘official’ city. AbdouMaliq Simone, one of the leading scholars of contemporary urban Africa, speaks of a ‘pirate city’, dominated by invisible and ephemeral ties in which the only truly functioning infrastructures are the people themselves and their way of collaborating with each other. 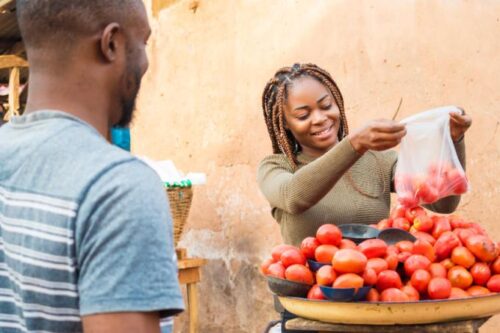 The art of débrouillardise, of getting by, with countless informal activities, not only affects the economy or daily activities but has significant repercussions on the urban form and on the very way of understanding the city as a flexible and constantly changing organism. This is an even more evident attitude in secondary cities, free from overly stringent infrastructural requirements, from the presence of centres of power and control or from ‘urban décor’ requirements affecting political, economic or tourist capitals.
The African city is therefore a city of ‘light’ spaces, capable of modifying itself to adapt to situations and criticalities, rather than contrasting them. A vision opposite to that of Europe and the West which sees cities as rigid structures, based on the transformation and even heavy modification of the territory, but which in an era marked by the threat of disruptive climate change could prove to be much more functional and resilient. (Open Photo: Sunset over Saint Mary town in Sal Island, Cape Verde. 123rf.com)