The Sami have always lived in the far north of the continent. Historically oppressed and assimilated, they are today fighting to keep their culture and traditions. All despite advancing modernisation.

The Sami are an indigenous people numbering around 75,000. They are divided by the borders of four countries – Norway, Sweden, Finland and Russia – and live in an area they call Sami. It has its own flag whose colours identify its different zones: red for Sweden, green for Finland, yellow for Russia and blue for Norway where most of the Sami live. The natives of this area are commonly known as ‘Lapps’.
In 1989 a Sami parliament was set up by Norway in recognition of Sami rights, located in the city of Karasjok. The establishment of a Sami parliament is especially relevant in that the natives of Sami have suffered what, historically, has affected many native peoples: ‘Norwegianisation’.

Forced assimilation
The fact is that, between 1850 and 1970, the Sami people were subjected to ‘Norwegianisation’.
During that period, the Sami residents in Norway were forbidden to speak their native language and were forced to assume Norwegian surnames in order to buy land and become integrated with the rest of the Norwegian population. The adults were assimilated according to life in the West and it was only with extreme difficulty that some of them, especially the Sami of the tundra, continued to work with the reindeer and keep their traditions. 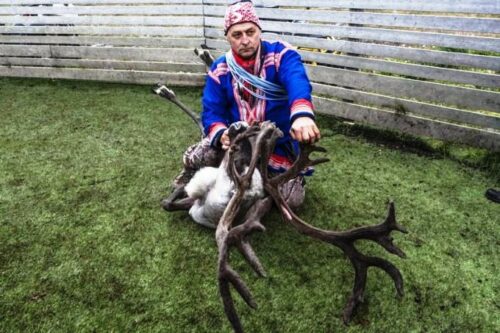 Children born during the Norwegianisation period often did not learn their own language. In order to protect them and ensure their integration into the Norwegian people, their parents only spoke to them in the new language. Today, many of them are adults who feel they have lost their roots.One of the distinctions to be made when speaking of this people is that between the ‘Sami of the Sea’ and the ‘Sami of the Tundra’. The first group, who live along the fiord-dotted coasts, were among the first to be subjected to the process of Norwegianisation. The percentage who do not speak Sami is very high among them. On average, people between the ages of 30 and 60 years do not know their mother tongue. 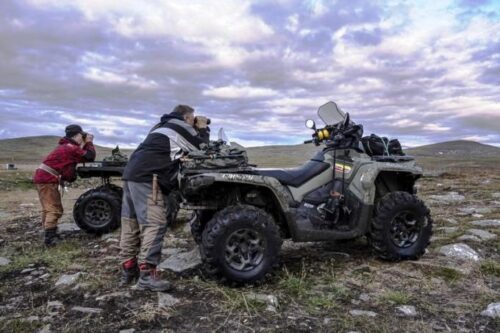 To correct this, there are now a number of initiatives aimed at identity recovery: the Sami parliament has, to this end, reintroduced the Sami language in the schools where the children also learn their traditions and history. There are also specific courses for adults who wish to learn the Sami language.The Sami of the Tundra, as nomads involved in rearing their reindeer, were less affected by Norwegianisation and, in Norwegian cities like Karasjok and Kautokeino, 85% of the inhabitants speak Sami as their first language.

The nomads of the tundra
The Sami of the Tundra have as their main occupation the rearing of reindeer and this causes their nomadic life since they have to follow their movements. From childhood, their parents initiate them into this work which involves constant and complete contact with nature.
The reindeer are completely free and people have to conform to their movements. In practice, the animals move from the coast to the tundra, according to the seasons and have followed the same paths for thousands of years: the movement has followed this route ever since the Sami began to live off this activity and the movement is closely connected with the search for food by the reindeer. 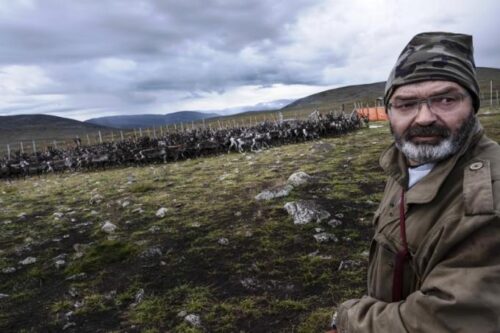 The Sami follow the reindeer. In former times, they used to travel on sleighs drawn by reindeer or on skis; today, the reindeer are fitted with a GPS collar and a special App enables the Sami to know exactly where the animals are going. Obviously, this has greatly simplified the work of the Sami: before the introduction of the GPS, it was necessary to keep a constant watch on the herd. Whole Sami families would live for months constantly erecting and dismantling their ovvo as they followed the movements of the animals.
When the herd paused to rest, so too did the family, but if the animals started to move, the family immediately had to follow them. The last reindeer drive using sleighs was made in Norway in 1976.
Today, thanks to modern technology, the Sami have built cabins (small wooden shelters) along the route followed by the reindeer and, with powerful snowmobiles in the winter and quads (a four-wheeled moped) in the summer, they can quickly reach the herds.

In the depths of the fiords
The name ‘Sami of the Sea’ might suggest a fishing tradition but, in fact, their livelihood was, in the past, mostly sheep-rearing and wool-weaving. Fishing was not their main source of food but it was part of the economy which depended mostly on barter. Ties between the Sami of the Sea and those of the tundra were, and still are, very strong. The first roads connecting with the rest of Norway were not built until the seventies, and therefore, up to that time, for reasons of necessity, the economy was based upon exchange between the two Sami populations. 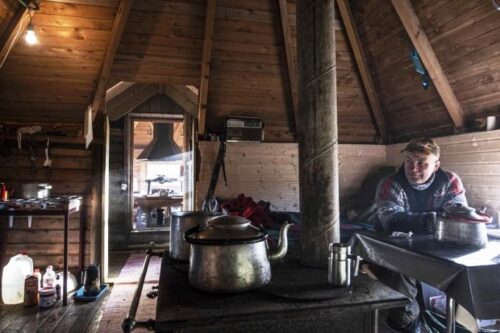 While the first group produced wool, textiles and objects in wood and bone (objects that are usually called duodji and items such as knives, woollen socks, blankets, all of which were strictly hand-made), the second one provided the Sami of the Sea with reindeer hides (an excellent protection against the cold of those areas above the Arctic Circle), and with meat.
Today, the Sami are involved in a great variety of works: perfectly integrated into the fabric of Norwegian society, they no longer live by forms of barter but work as teachers, doctors and cooks.

The nature of the language
Both groups of Sami live in close contact with nature. This leads them to extreme respect and rigour. Even though they have to hunt and raise animals, no Sami will find fault with, for example, fishing or hunting for sport. For these populations, respect for Mother Nature is the basis of all action. Before hunting or fishing, at the start of the pasturing season, Mother Earth is thanked and permission is asked of her to continue one’s activity. Another singular aspect that shows how complicated and, at the same time, how difficult the Sami culture is and how closely tied it is to environmental questions, is their language. 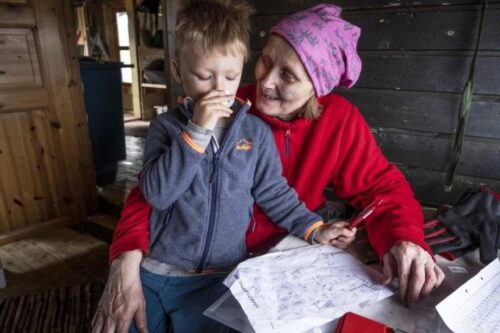 Catalogued in eleven different dialects, one of which became extinct in 1800 and another in 2003, only six of them have any literary history. It is very difficult to understand and learn to speak this language since one word may sometimes have 100 different expressions. One concrete example is the word for snow. Living in the Arctic, where the snow, ice and dim light dominate for six months of the year, it is necessary for the Sami to define precisely this essential component that determines their ability to move and work in such a difficult territory as the tundra. So, to describe snow when it is dry, brittle, floury or frozen, completely different words are used.

Modernity and tradition
In today’s world, it is increasingly difficult for the Sami to continue with their traditional way of life due to various factors that concur to render difficult a life that is nomadic and ‘at the service’ of natural rhythms: climate changes, the reduction of lands assigned to them for rearing reindeer, as well as tourism that often reaches destinations that, up to a short time ago, were off limits to tourists since they were set aside for rearing and pasturing the reindeer, are all elements that make
it hard to preserve tradition. 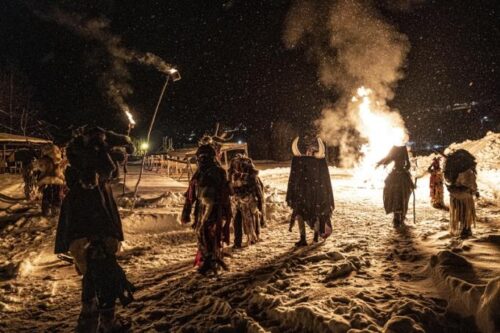 In cities of Norway and Sweden there have been protests, even some that have prevented the opening of new mines, and some heads of the Sami of the Tundra community have tried to make their voices heard by their governments. Despite all this, it seems inevitable that progress will go ahead, and with it, as often happens, the sacrifice of minority situations dedicated to a life far removed from the frenzy of the modern world. What is hoped is that, in the community, the tenacity, strength of will, and attachment to their roots will enable the younger Samis to continue their traditions, even at the cost of hard work and sacrifice.