The economic crisis amplified by the coronavirus pandemics, ongoing unrest in the provinces and divisions in the ranks of the government are threatening the transition to democracy.

More than a year after the Khartoum spring of April 2019, that led the military to overthrow President Omar al-Bashir, crucial achievements have been made but progress is still fragile. The Sovereign Council, which began ruling in August and comprises five military and six civilian representatives and holds the role of head state is scheduled to lead the country through a transitional period to elections in November 2022.  A transitional government was formed in September 2019. A peace process kicked off in Juba in October between the civil-military administration and the rebels to end the conflict in Darfur, in South Kordofan and in the Blue Nile. 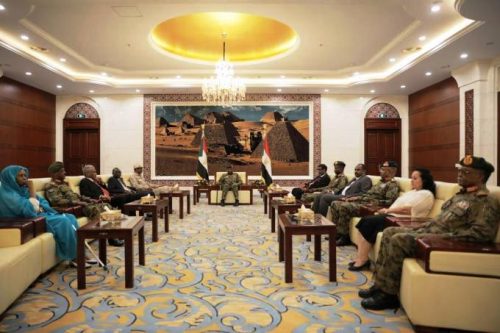 In January 2020, the Prime Minister, Abdalla Hamdok, made an historical visit to the headquarters of the rebels in South Kordofan. The image of the PM raising the hand of the rebel leader of the Sudan People Liberation Movement North, Abdel Aziz Al Hilu raised much hope throughout the country. The transitional government also made steps towards the signature of a peace agreement with the Sudanese Revolutionary Front (SRF) which groups several militias from Darfur, Blue Nile and South Kordofan.  Progress is also being made on building a justice system, basically from scratch.On the foreign front, the new authorities made also significant progress. In March, Sudan was excluded from the US Department of State’s list of countries which do not cooperate with America’s counter terrorism efforts. Germany France and the EU are supporting Sudan’s democratic transition, while the EU committed EUR 100 million to finance reforms, last February. 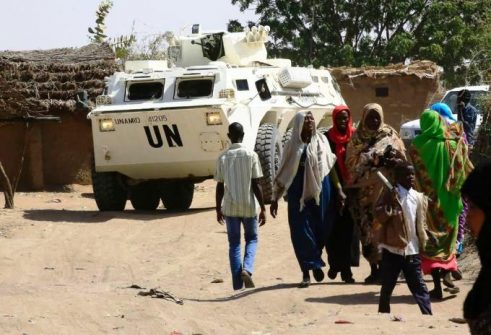 Nevertheless, the situation remains fragile. A combination of factors could put the transition in peril. In the first half of May, armed clashes at Kadugli, the capital of the South Kordofan province, at some 715 km from Khartoum, killed 26 people, including Rapid Support Forces paramilitary troops, which grew out of the Janjaweed militias. This outbreak of violence could challenge the transitional government’s efforts to end decades-long rebellions in several parts of the country. Beside these clashes which were caused by a dispute between the Arab Rizeigat tribe and the Falata, over livestock, there has been also tribal clashes in South Darfur and in the Kassala province, namely between members of the Bani Amer and Nuba tribes.
The UN and the African Union are concerned by the situation. In a joint report sent in March to the UN Security Council, they reminded of the looting in December of the Nyala internally displaced persons camp which is under the protection of the United Nations- African Union Hybrid Operation in Darfur (UNAMID). On April 24, UN Under-Secretary-General for Peace Operations, Jean-Pierre Lacroix called on the Sudan Liberation Army/Abdul Wahid faction to join the Juba peace talks. In principle a final agreement should have been signed by the 20 June but this split of the Sudanes Revolutionary Front was made it difficult. 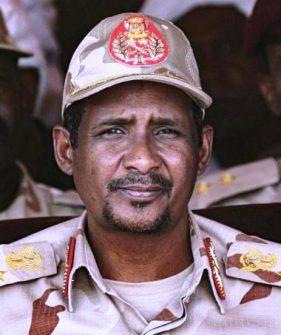 According to regional experts, the upsurge of violence is owed to the fact that the transitional government is unable to exert political control and security presence all over the territory where nomadic tribes, who drive herds of cattle or camels over arid lands, fight over scarce grazing lands, water and livestock. Over the last decade, a culture of war and the trafficking of illegal arms have spread while the number of militias has increased.One of the ruling council members, General Mohamed Hamdan Dagalo, known as Hemeti, says that recent violence is part of a plan to foment instability. Accordingly, a “hidden hand” is planning to target the Rapid Support Forces and to destroy Sudan. Political analyst, Al-Nur Hamad blames rather for the destabilization, a “third party” linked to former Bashir supporters, while other analysts dismiss such accusations as “conspiracy theories” Tribal disputes which were restricted to remote rural areas during the Bashir period have now entered urban areas. 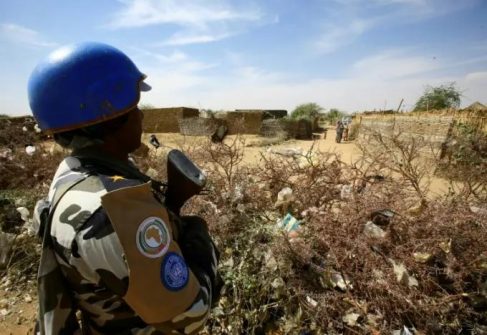 Despite this volatile context, the chairman of the Sovereign Council and Commander in Chief of the Sudanese army wants to put an end to the UNAMID Mission in October and wants to replace it by another which transfer the protection of civilians in Darfur to the Sudanese army and to the RSF. The number of UN troops would be downsized from 4,300 soldiers and 2,100 police officers to only 2,500 police officers and 800 troops. The new mandate would be restricted to a Chapter VI peace support and peace-building mission which should aim at supporting reform of the constitution, holding elections, strengthening human rights and rule of law institutions while supporting the implementation of peace agreements including ceasefire monitoring and disarmament, demobilization and reintegration operations
But on the 2 June, Ahmed Tugod Lissan the Chief Negotiator for the SRF rebel coalition said that UNAMID is needed to protect civilians due to the “fragile” security situation. Accordingly, a future peace agreement requires UNAMID’s presence to implementat the security arrangements.
Civil society groups are also urging the UN not to withdraw peacekeepers from Darfur, claiming that the move will put lives at risk. They remind that over 350,000 people have been killed and at least 2 million were displaced since 2003, in Darfur. 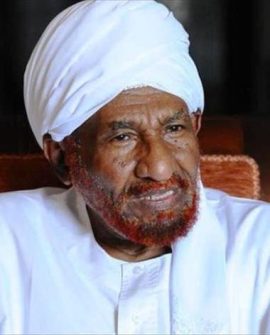 The head of the Sudanese National Umma Party, Sadiq al-Mahdi.

On the political front in Khartoum, the transitional government is facing a number of challenges. There are attempts to undermine democracy by the Islamists who want to return to power, especially those from the “Deep State” who are trying to manipulate popular discontent. On the 2 June 2020, former Foreign Minister Ibrahim Ghandour said he would defy the law that bans former members of his National Congress Party from political activity and punishes them of imprisonment if they don’t respect the ban. There are also power struggles on the side of the new authorities, between the civilian Freeedom Forces of Change (FFC) the military council and the Rapid Support Forces.
Recent splits over the direction of Sudan’s transitional period have widened beyond the military army and civilians. The National Umma Party (NUP), led by former prime minister Sadiq al-Mahdi, suspended in April 2020 its membership of the Forces for Freedom and Change (FFC), the ruling coalition which agreed the transitional power-sharing agreement with the army. The withdrawal of the NUP is due to disputes with other parties over the management of the transitional period. The NUP, one of Sudan’s oldest and most popular parties has come up with its own plan of reforms called the “social contract” that includes the restructuring of the FFC in order to improve the management of the transitional period. It claims that the goals of the transition haven’t been implemented, like the formation of the transitional parliaments and commissions. The NUP is also keen to maintain a good relationship with the military unlike other parties or civil society organisations. There are fears among the civilians that the military may intervene and hijack the transitional period.
There have been also disputes in the ranks of the Sudanese Professional Association (SPA), which is also member of the FFC and which led the protests against Bashir. Some are accusing the communists and other leftist organisations which have some influence among the doctors, lawyers and journalists unions to attack the government because they want more power than they have in it and because they are frustrated that they did not control the 2019 Revolution. 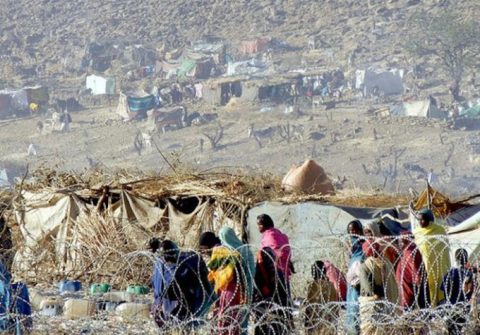 The SPA and other civil society organisations are fighting for a secular state while Sadiq Al Mahdi has rejected calls to link peace with such form of government. The SPA wants civilians to have more power in the peace process which is led by the High Peace Council, chaired by Lt Gen Abdelfattah El Burhan, who, as leader of the Sovereign Council has a prominent say in the transition.
The dire economic situation is another threat for the transition. The International Monetary Fund has projected Sudan’s economy to shrink by 7.2 % in 2020 and highlights the 80% inflation rate and the “unsustainable” debt of  $ 60 bn. The UN Office for the Coordination of Humanitarian Affairs (OCHA) estimates that 9.3 million people are in need of humanitarian assistance, out of total population of over 42 million, including 1.9 million IDPs and 1.1 m. refugees. Food prices are soaring owing to local currency depreciation, high inflation and shortage of fuel and hard currency needed to import agricultural products.
The privatisation of major assets by Al Bashir’s regime over 30 years., and the insurgencies which prevent from reducing military spending have made it difficult for the transitional government to improve living conditions and may exposed it to internal shocks.