Its name means “The Place of Adjacent Mounds.” This site was contemporary with Tikal and Palenque. Calakmul was at its peak between around 431 and 790 A.D. but it was already an important city in the late Pre-classic, with dated monuments being erected
around 200 A.D.

Calakmul was inhabited for 1500 years and was a major Maya power in the area within the Guatemalan Petén and northern Yucatan. Calakmul was one of the largest and most powerful ancient cities ever uncovered in the Maya lowlands with a population of 50,000 inhabitants. It was the capital of what it is known as the Snake Kingdom, which extended in a radius of up to 150 kilometres including secondary cities like El Mirador and it governed about two million Mayan people. Throughout the Classic period (250 – 900), Calakmul maintained an intense rivalry with the major city of Tikal. The great rivalry between these two cities may have been based on more than competition for resources. Their dynastic histories reveal different origins and the intense competition between the two powers may have had an ideological grounding. Calakmul’s dynasty seems ultimately derived from the great Preclassic city of El Mirador while the dynasty of Tikal was profoundly affected by the intervention of the distant central Mexican metropolis of Teotihuacan. 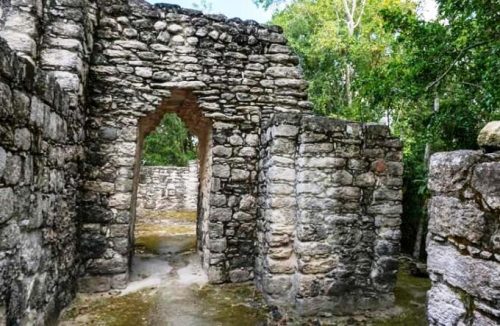 Calakmul was occupied since the middle Preclassic period, around the first millennium BC. The city was then a vassal of others like El Mirador or Nakbe, which later would pass under its dominion. During the Classic period, Tikal was the city dominating much of the Mayan region. However, Calakmul was a rival city with equivalent resources that challenged the supremacy of Tikal and engaged in a strategy of surrounding it with its own network of allies in the middle of the sixth century and throughout the seventh. Calakmul, which was ruled by the Kaan (Snake) dynasty challenged Tikal’s domain, managing to side with  Tikal-vassal  states such as Caracol and Dos Pilas, and inflicted Tikal with several defeats. But it was only under the rule of King Yuknoom the Great that Calakmul reached its peak managing to control a large area of the Yucatan  and to occupy Tikal, although it failed to extinguish Tikal’s power completely and Tikal was able to turn the tables on its great rival in a decisive battle that took place in 695 AD. Half a century later Tikal was able to gain major victories over Calakmul’s most important allies. 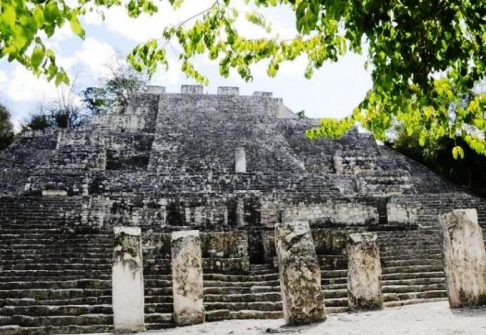 Between the ninth and tenth centuries, both Tikal and Calakmul were progressively abandoned for no apparent reason in what is known as the great Mayan collapse. The jungle is so impenetrable in that region that during the entire colonial era Calakmul went unnoticed. The city, which had been hidden in the jungle for 1,000 years, was ‘discovered’ in 1931 by the American botanist Cyrus Lundell who assisted in British Honduras, with experiments on the sapodilla tree (Achras zapota), which yields chicle, for the U.S. chewing gum industry. 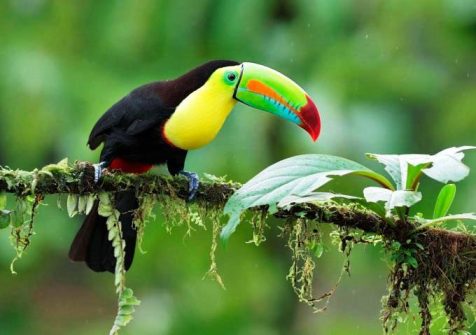 Chicle is the natural gum from trees of the genus Manilkara, tropical evergreen trees native to southern North America and South America. It was traditionally used in chewing gum. Lundell named Calakmul the City of Adjacent Towers after the two large pyramids discovered here. The archaeologist, epigrapher, and Mayanist, Sylvanus Morley, who was in Chichen Itza at the time of Lundell’s discovery, was quickly informed and some investigations were carried out at the site in the years that followed. The exploration of the site, however, came to a halt in 1938, and was only resumed in the 1980s.
The Autonomous University of Campeche and the National Institute of Anthropology and History have been in charge of investigating the 117 stelae that have revealed Calakmul’s past. 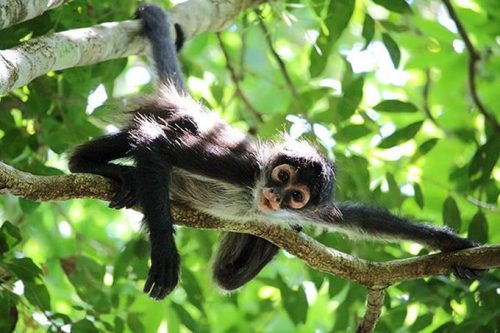 The city is located on an artificially flattened promontory. It is surrounded by a seasonal swamp, the Labyrinth, and an extensive network of canals and reservoirs and fertile lands. The 6,000 structures, mainly in Petén style, that comprise the city’s bed, occupy about 70 square kilometres. The size of the central monumental architecture is approximately 2 square kilometres and the whole of the site, mostly covered with dense residential structures, is about 20 square kilometres. The monumental area includes around a thousand structures. Structure 2 is 45 meters high and 120 meters wide and it was increased in size by building upon the pre-existing temple in order to increase its bulk. From there one can see the large square and the acropolis next to it. Calakmul stelae were made from poor quality limestone and tend to be badly eroded. Valuable pottery and murals are also found in Calakmul. The Calakmul murals are slightly different from the others found in ancient Maya sites, as the latter depict activities of the elite class. In the Calakmul mural, market scenes are depicted, where people are seen preparing or consuming products such as tobacco, tamale, and atole, while vendors are selling needles and textiles. 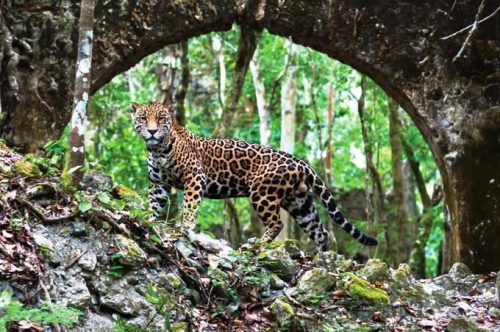 Calakmul also houses one of the most an important biodiversity sanctuaries in Mesoamerica, it constitutes a biological corridor that improves the viability of species from the north of Yucatan to the south and the species of humid and sub-humid climates of Chiapas and Petén towards the north and the Caribbean.
Calakmul Biosphere Reserve boasts about 1,100 species of plants with 380 endemic species, including 73 types of wild orchids. As to the fauna, the reserve hosts 90 species of mammals ; 235 species of birds, of which about 60 species are migratory; 50 species of reptiles; 400 of butterflies; and in the waters, there are 18 native fish species. (F.C.)