A church that wants to be a ‘bridge’ between the Christian and Islamic worlds. Deeply involved in the field of immigration. Cardinal Cristobal Lopez, Archbishop of Rabat speaks to us.

He had only been a bishop for a year and a half when, on 5 October last, he was made a cardinal. “It is clear that this appointment is not due to my merits – His Eminence says –  I have not even had time to gain any merit. The merit belongs to this Church, the Church of North Africa. With every appointment, the Pope sends out a message. I believe that, in this case, he is saying: ‘I wish to promote interreligious dialogue between Islam and Christianity’. He is saying: ‘Have courage, you minority Churches of North Africa, your witness is important, not only where you are but also for the whole universal Church, your contribution will be acknowledged …’ 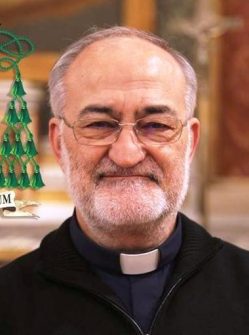 As Archbishop of Rabat, Cardinal Cristóbal López, a 67 year-old Spanish Salesian, presides over a small Catholic community of no more than 30,000 faithful out of a population of 35 million inhabitants. They are all foreigners, mainly young people from Sub Saharan Africa. The Catholic Church in Morocco has two archdioceses: Rabat and Tangiers. There are 36 parishes served by 44 diocesan and 39 religious priests. There are around 200 religious Sisters. The work of the Church is also expressed in the daily work of running 15 Catholic schools and 21 assistance centres.
Mons. Lopez says: “Our Church is wholly African since the majority of those attending our churches are young university students from Sub Saharan Africa. They are ‘migrants’, having left their countries to come to Morocco; they are here legally with the specific aim of studying at the university. They are active in the choirs, in the small Christian communities, in the catechumenate groups and in all pastoral activities at parish and diocesan level. Then we also have a large group of migrants whose aim is to reach Europe. Morocco is just a stage on their journey. They come here wounded, beaten, violated and robbed … even sold. This dramatic situation has led us to revise the charitable work of the Church: we try to be a Samaritan Church that takes the trouble to approach its vulnerable and wounded brother to sure him, encourage him and help according to his needs”. 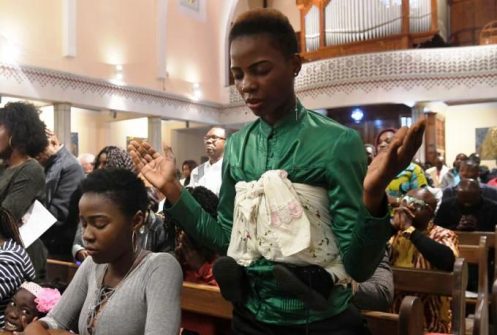 Is this why you set up the project Qantara? “Certainly. This is an initiative aimed at assisting the most vulnerable – unaccompanied minors, pregnant women, the sick – among those in transit. It is through this project, whose name in Arabic means ‘bridge’, that we are trying to put into practice the four verbs proposed by Pope Francis: ‘welcome’, ‘protect’, ‘promote’ and ‘integrate’. Caritas has developed genuine expertise in terms of welcoming and protection, but it also promotes education, social life and integration among many of these migrants. It is an intense and vast task. The programme has involved more than 8,000 people in one year but, logically speaking, it is difficult to reach the roots of the problems that are to be found in their original countries and in the economic and commercial rules and regulations”. 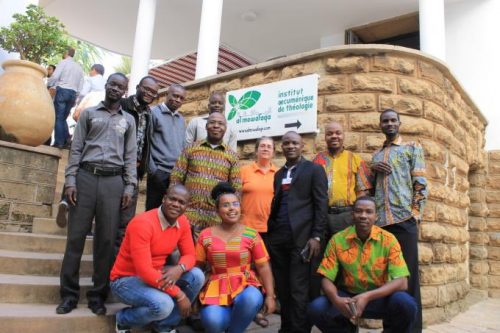 What is the role of the Al Mowafaqa Ecumenical Institute which you lead together with a Protestant person? “It is a theological institute, of training in the Christian faith, with our feet on the ground. This is why the curriculum includes such subjects as Arabic, the study of the Koran, the sources of Islam and also Islamic culture, history, laws and spirituality. Its role is to promote the experience of ecumenism and Islamic-Christian dialogue and it also aims to be a bridge between the Churches of the North, mainly those of Europe, and those of the South. The ultimate aim is to prepare lay people, religious and priests, men and women, Europeans and Africans who are well trained and committed to the service of their respective communities”. 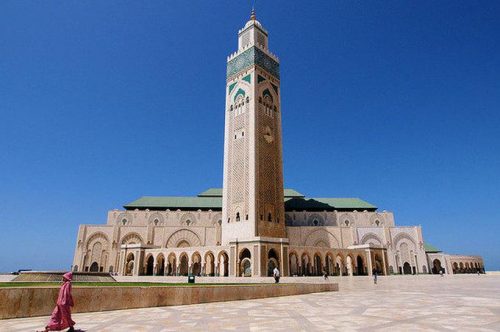 Last year, on 30 and 31 March, Pope Francis paid an Apostolic Visit to Morocco, visiting the cities of Rabat and Casablanca, 33 years after Pope St. John Paul II. Speaking in the Cathedral of Rabat he spoke of “The importance of the religious factor in building bridges between people”, respecting differences and specific identities. “Faith in God”, the Pontiff remarked, “leads us to recognise the outstanding dignity of every human being, together with their inalienable rights”. We do this in as much as “we believe that God created human beings equal in their rights, duties and dignity and that He has called them to live as brothers and sisters and to spread the values of the good, of charity and of peace”. In this framework, the Bishop of Rome reaffirmed the urgency of recognising and protecting “freedom of conscience and freedom of religion”, which “is not limited just to freedom of cult but must also allow each person to live according to their religious convictions”.Continuing his intervention, Pope Francis then underlined that the hoped-for ‘solidarity among believers’ is called to place itself at the service of the entire human family, offering original contributions to tackle global emergencies such as that of ecology and that of migrations. 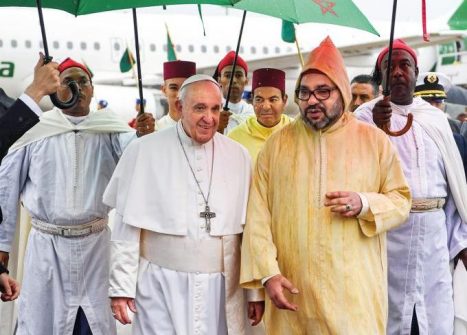 Pope Francis said that it is necessary to move “to concrete action, especially a change of attitude towards migrants, that affirms them as people and not just as numbers”. The migrants fleeing war and poverty, the Bishop of Rome noted, “whenever conditions permit, may decide to return to their homes in conditions of security that respect their dignity and their rights. This is a phenomenon that will never find an answer in the building of walls, in spreading fear of others, or in denying help to those who aspire to the legitimate improvement of life for themselves and their families”.
Remembering that visit, His Eminence concluded: “Pope Francis has left his mark on the Church of North Africa. Commitment to dialogue and to the immigrants will trace the future journey of our Churches”.