In the course of his pontificate, Pope Francis has not ceased to fight against the walls of the world, the result of fear, aggression and selfishness, pointing the finger at those ‘visible and invisible walls’ that break the world into incoherent pieces, a world which, paradoxically, is increasingly globalised.
From the so-called Israeli security barrier that tears the Biblical land of Canaan in two, to the wire fences and barbed wire that mark the frontiers of Europe that is more and more a fortress and less and less a Union; to the wall of humiliation between the USA and Mexico.
It was not by chance that Pope Francis decided to end his pastoral visit in Mexico, in February, 2016, with a Mass celebrated in Ciudad Juárez; a frontier city, the true outskirts of the world where thousands of migrants from Mexico and central America are gathered, all of whom have in their hearts the American dream, a dream of a better life. 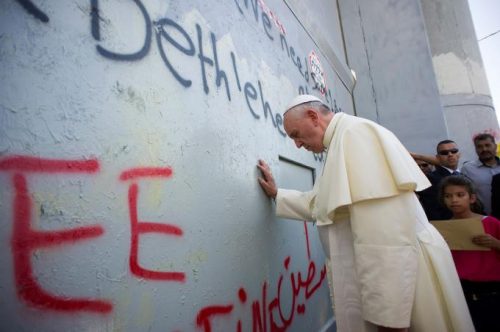 Pope Francis systematically contrasts the idea of the wall with its most natural antithesis, the bridge, nemesis by definition of all barriers. Walls are born of fear that, in turn, generates paralysis. He said: “Feeling paralysed, feeling that, in this world, in our cities, in our communities, that there is no longer any room to grow, to dream, to create, to gaze at the horizon, even to live, is one of the greatest evils that can befall us in life. Paralysis makes us lose the will to enjoy an encounter, friendship, the will to dream together and to walk together with others”.
The bridge is the instrument that, built upon the bricks of solidarity between people, is capable of assembling the incoherent fragments of an ever more divided world. 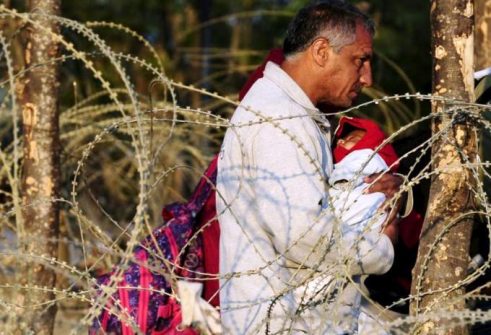 It is the first step in the pursuit of peace. But, as the Pope says: “To make peace requires courage, much more than to make war. We need courage to say yes to the encounter and no to conflict; yes to dialogue and no to violence; yes to negotiation and no to hostility; yes to respect for agreements and no to provocations; yes to sincerity and no to duplicity. For all of this we need courage and great strength of soul”. Then, the Pope continues: “We need the courage of peace, the strength to persevere in dialogue at all costs, and the patience to weave day by day the ever stronger material of respectful and peaceful coexistence”. 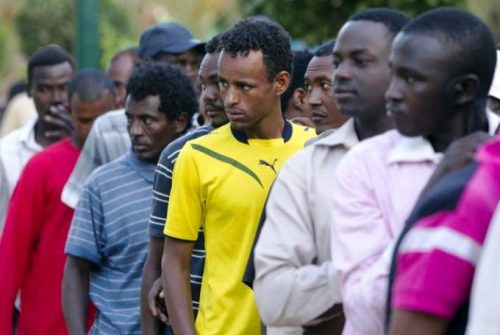 There are many local churches that have declared their opposition to the ‘walls’, especially those most affected by this reality, most significantly Mexico. Alfonso G. Miranda Guardiola, General Secretary of the Conference of Bishops of Mexico remarks how the Church “sustains all who search for peace, work and a dignified life. Christianity is a religion of peace created to build bridges, not walls. This is our mission: to suffer with those who suffer, to accompany the human being in whatever condition, without any kind of distinction, embracing all without reserve”, the bishop concludes.
In September 2016, the 193 members of the general Assembly of the United Nations unanimously adopted a text entitled ‘New York Declaration on refugees and Migrants’, destined to improve the international management of the reception and assistance of persons who migrate for various reasons. On the basis of this declaration, the UN High Commissioner for Refugees was charged with proposing a World Pact on Migrants and refugees which should be ready before September 2018. If it is approved, the Pact must guarantee a series of key issues such as the guarantee of human rights of migrants and shared responsibility among nations and between local and state governments. 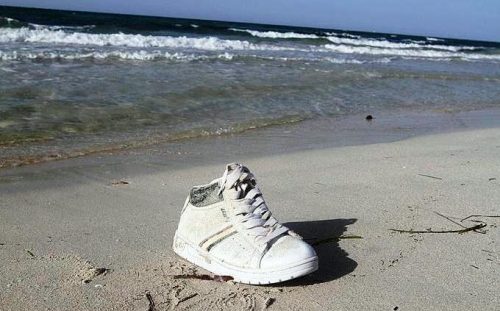 Meanwhile, the Churches in Latin America have prepared specific documents and concrete guidelines to implement four tasks – to welcome, protect, promote and integrate, indicated by Pope Francis – that give rise to attitudes and initiatives on the part of the Christian communities on behalf of the displaced peoples. This effort is intended to have its impact on international politics.