Oman is distinctive in the Persian Gulf context because it has been traditionally ruled by an Imamate system based on the Ibadiya School. And, some 75% of all Omanis practice Ibadi Islam.

The Ibadiya survives only in Oman and a few pockets in North Africa mostly Algeria. a man’s body identity is Central to the countries geopolitical profile setting it apart from its Gulf neighbors which largely share a Wahhabi orientation.  In this sense, and also sets itself apart from Yemen and the Shiite Giants of Iran on the other side of the Gulf. The Ibadi faith has also had an impact on domestic politics and the formation of society in the country. 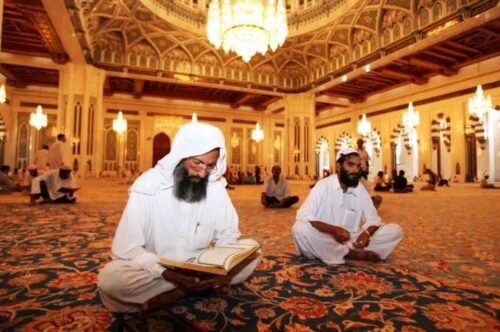 Ibadi Islam (al-Ibadiyyun in Arabic), or Ibadi Khawarij are said to be a kharijite sect, which goes back to the early decades of Islam, and often described as a compromise or middle ground between the Sunna and the Shi’a branches. In this respect it’s worth noting that in Islam the main divisions are three rather than two. There are Sunnis, Shiites and Kharijites. It’s also worth stressing that the reasons for the initial division (or factionalism) owe more to political considerations, and struggles, of succession after the death of Prophet Muhammad. The theological and religious differences came after. Kharijites have typically distinguished themselves for moderation – intended as a repudiation of violence.
From a theological point of view, the Ibadi Islam of Oman has more in common with Sunni rather than Shiite tradition.
Their principal tenet is that the leader of the community, the Imam, need not be a descendant of the Prophet; he needs merely be the worthiest. After a period of expansion (especially in southern Arabia), small communities of Ibadi kharijites exist in Algeria, Tunisia (especially the island of Djerba), and Libya (in Zuwara, just west of Tripoli and Jebel Nefusa). But, it is the official Islam practiced in Oman (and Zanzibar), where many Ibadis found refuge after clashing with al-Hajjaj ibn Yusuf, who governed Iraq during the caliphate of Abd-al-Malik (685-705). 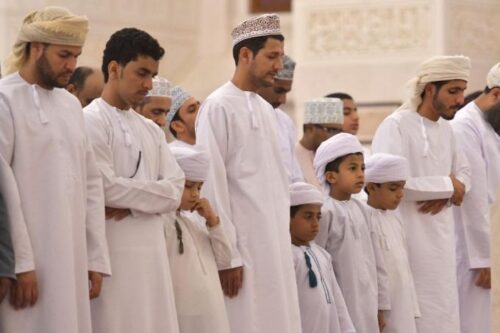 If sectarian clashes have characterized many Middle Eastern societies – though triggered and fueled by socioeconomic and political factors; especially, during periods of power struggles – Oman has always managed to avoid them. Extremists of any kind are not tolerated. And, the Omani Ibadi faith, followers are encouraged to pursue productive activities beyond the faith. To be a ‘good’ Ibadi, believing in God and following the precepts of the Sunna is not enough to be considered a ‘good Muslim’. It’s essential to be a good citizen and worker. But, the most congenial aspect perhaps is that while the Ibadis’ rituals are similar to those of Sunnis, they welcome prayer with all other sects – and they also welcome inter-sect marriages. The Ibadis reach beyond the concept of tolerance. They embrace the other sects; and this is especially unusual in the context of the strict precepts in the rest of the Arabian Gulf. Ibadism has also shown openness to non-Muslims for centuries. 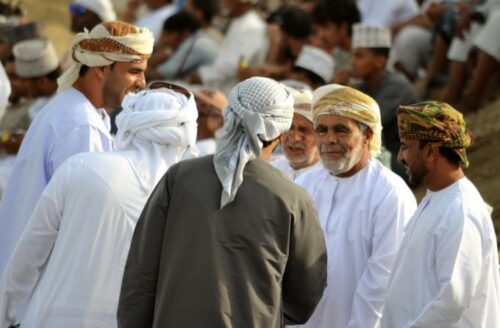 And it is this tradition of tolerance, shaped over centuries, that allows the Omanis to the only people in the Gulf, able to maintain friendly relations with all of the main players in the region, from Saudis to Qataris and Iranians as well as Americans, British or Chinese. And even Israelis – before the UAE or Bahrain. Oman has quite simply deployed its ‘soft’ Islam, and the tolerance it encourages, as its main selling point. And, the Omanis’ famous tolerance has made their country a focus of trade, harmonizing with the country’s geography, marked by its proximity to the Strait of Hormuz with access to both the Arabian Sea and the Indian Ocean.