The meaning of the first appointment of a woman under-secretary of the most important Vatican Secretariat. Who is Nathalie Becquart, the first woman with the right to vote in the Synod of Bishops?

The unresolved knots
The ordinary synod convened by the Pope for the month of October 2022, for which Francis has chosen as the theme “For a synodal Church: communion, participation, and mission”, becomes the key to solving many un-resolved problems, and, on that occasion, a more courageous solution could be found to the long-standing and debated question of ministries, including those for women. 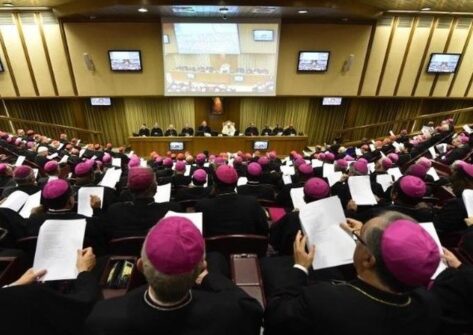 The appointment of two under-secretaries to the Synod of Bishops deserves particular attention. For the first time: an Augustinian religious, Luis Marin de San Martin (at the same time appointed a bishop to enable him to be part of the synodal assembly and, therefore, with voting rights) and a Xaverian nun.
Sister Nathalie Becquart was nominated for the same role, but, as a woman, is disadvantaged, since, under the current Canon Law, she cannot even be appointed deacon. As a woman, she creates a problem that will have to be resolved by forcing the canons.

She will vote at the Synod
The right to vote cannot be denied to Sister Nathalie. Cardinal Mario Grech, secretary of the Synod, gave the first clarification in this regard. In a delicate and important interview with Vatican News, the cardinal took it for granted that “Sister Nathalie will vote at the Synod”. He added: “Her appointment as under- secretary will help us to remember in a concrete way that, on this synodal way, the voice of the People of God has a specific place, and that it is fundamental to find ways to encourage the effective participation of all the baptised along this way”.
In order for it not to remain an exception exhausted in only one case, but the first case resolved for a possible normality, it will be necessary to update the relative canons and regulations. Since 1990, there have been few cases of simple priests appointed as members of the synodal assembly, who were given the right to vote by the Pope. Both Nathalie’s appointment and Card. Grech’s interview seem to be auspices for a stable canonical innovation, possible in the near future, in favour of women.

Francis’ move
Knowing his care in the matter, Francis has no need of such auspices, since he himself is preparing the Church, with patient but decisive farsightedness, to receive without traumatic breaks the steps of an update, following the principles of the Second Vatican Council. 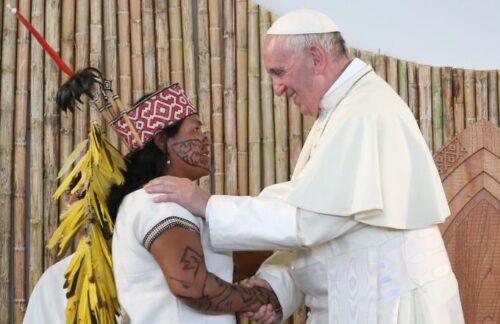 At the end of the day, it is a question of common sense: it is unthinkable that an under-secretary – a close collaborator of the Cardinal Secretary, with whom he or she shares preparation, study, coordination and checks for the success of the Synod – could be excluded at the time of the vote because she is a woman. And it is precisely the path of common sense, in consideration of the fundamental principle of the Incarnation of the Word, which justifies and explains the Church herself, that will make her fully incarnate in humanity and free her from preclusions and prejudices linked more to the cultures of the times than to God’s saving plan.

Who is Sr Nathalie?
But who is this Sister Nathalie, who has found herself at the centre of such an important case? From her curriculum vitae, written on the occasion of her appointment as under-secretary of the Synod, we learn that she was born in 1969 in Fontainebleau, France. After gaining a master’s degree in management at the École des Hautes Études Commerciales de Paris, she studied philosophy and theology at the Centre Sévres of Paris (the Faculty of the Jesuits in the French capital), and sociology at the School for Advanced Studies in the Social Sciences (École des hautes études en sciences sociales), one of the most selective and prestigious graduate schools of social sciences in Paris. Then, she specialised in ecclesiology at Boston College School of Theology and Ministry (USA), with research on synodality. While working as a volunteer teacher in Beirut, Lebanon, she took philosophy and theology courses at St. Joseph Jesuit University. 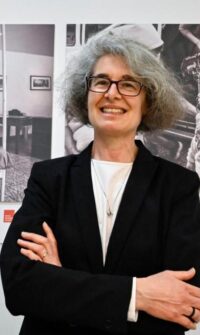 After working as a consultant in a marketing and advertising agency for nongovernmental orgnanisations and Christian groups in Paris, in 1995 she joined the Xavières sisters, a religious congregation with roots in Ignatian spirituality.
In 2005, at the age of 36, she took her perpetual vows. She has worked in a variety of roles, including spiritual director for the Ignatian Youth Network in France, national coordinator of a French scouting program for youth in poor urban areas, and director of the National Service for the Evangelisation of Youth and for Vocations at the French Episcopal Conference from September 2012 to August 2018. She served as part of the preparatory team for the Synod on Youth, and was an auditor at that synod. Since then, she has been following Vatican sabbatical programs at Catholic Theological Union, Chicago. Following a number of her publications, she is recognised as having specific expertise on the themes of the synodal Church. Next year’s synod, to the preparation of which Sister Nathalie will also make a significant contribution, will make history and could reserve surprises, no less than the beginning of Bergoglio’s pontificate, when he, a Jesuit, introduced himself to the world under the name of Francis.