From the diocese of Pando in the Bolivian Amazon region, Monsignor Eugenio Coter explains the horizons that the synodal journey is opening up to the Church.

“The synodal path is not a motorway. It is like one of the great rivers of the Amazon that I sail on when I go to visit the communities. You see the river and you think it has a current that only goes in one direction, but it is not true. There is a large mass of water flowing underneath, moving in various directions, flowing at different levels, and making eddies. In one place the water is warmer, in others colder. It is an underwater world that if you look at only from above, you cannot imagine. You see it as a compact expanse and instead, it is in constant motion and it proceeds in only one direction: towards the sea”. 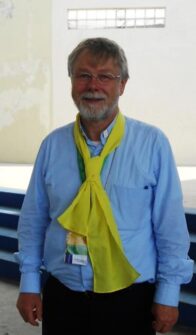 “There is a thread of continuity – explains Monsignor Coter – that binds the meeting, held in May 2017, at the Shrine of Our Lady of Aparecida, in Brazil (at the conclusion of the fifth General Conference of the Episcopates of Latin America and the Caribbean, Celam), to the Synod of the Amazon (2019), despite the post-synodal work being slowed down by the pandemic, to the Ecclesial Conference of the Amazon (Ceama), and the synodal journey that will end in October 2023.
In Aparecida, 15 years ago the Holy Spirit pointed out the Amazon as an emblematic place for the evangelizing mission of the Church. The Synod of the Amazon was a milestone, and afterwards, Pope Francis launched the proposal of the synodal journey with the participation not only of bishops but of religious and laity. But where will the thread of the Holy Spirit lead us? We will know this from the indications that will come from the ecclesial world, in docility to the Church and to the will of the Spirit”.

The Dream of Querida Amazonia
In Bolivia, vicariates, dioceses, and archdioceses, the synodal commissions are at work carrying out community reflection. “And this is already a way of making Church – emphasizes the bishop of Pando. All the Bishops’ Conferences of Latin America and the Caribbean have created a coordination system. At a basic level, we in Pando also have our commission made up of lay people and religious, priests and there is also myself” Elected two years ago as head of Ceama, Monsignor Coter was the protagonist of both the Amazon synodal and post-synodal path, characterized by the birth of the Amazon Bishops’ Conference, in which he was elected as representative of the bishops.
Last March, with the passage of the presidency of Ceama to Cardinal Barreto, the bishop of Manaus Leonardo Ulrich Steiner and a lay representative Maurizio Lopez were elected as vice-presidents, while Monsignor Coter was confirmed as the representative of the Amazonian bishops in the presidency of Ceama. 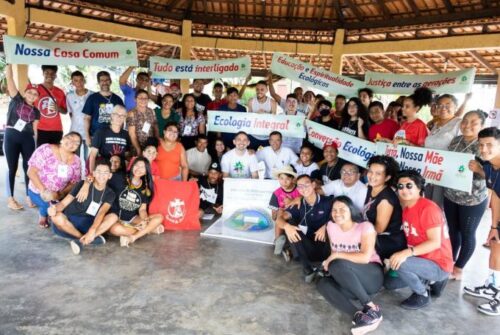 Through a full program of meetings, including online, Ceama is working on the ecclesial dream of Querida Amazonìa, giving space to a dialogue that opens the door to the laity, reflecting realities already alive in the field. But are the laity ready to be invested with a wider ecclesial involvement? Monsignor Coter has no doubts: “We have prepared lay people; they are not theologians but they have always maintained ecclesial participation with an open heart. They are most willing to build with creativity and patience, to move an institution like the Church which, despite its 2000 years, is full of vitality. Some intervene in a critical way, however, posing themes for reflection. Some stay at the window but don’t want to roll up their sleeves to get to work and build change. They too must help us, be a stimulus to bring words of light and hope to society. There are prodigal sons who leave the house and have to rediscover the hard way how much better it was to eat at their father’s house; others who stay at home and do not understand how important it is to sit at the table all together, to work together, find it difficult to grasp this dimension of openness. We must be grateful to Pope Francis who places us on this path”.

A Synod of the People
Many expectations are being concentrated around the work in progress for the next synod. The bishop comments: “Pope Francis has always shown himself to be very careful in opening paths, in generating openings, in moving rigid situations, always with a lot of attention to unity and communion. We remember how the Amazon Synod did not answer everything but gave us the ABCs to build the answers
along the way”. 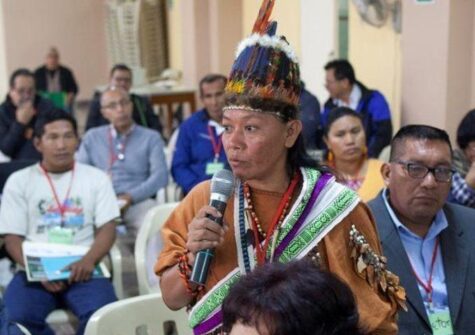 A variegated and complex world horizon opens up on how this synodal journey will be lived by the individual local Churches. The working document is a map that is already in the hands of countless realities of the Church in Africa, Asia, the Americas, Oceania and Europe, territories with other histories and cultures that study how to face the new road that is opening up towards the future. What do such different realities have in common in terms of history, dimensions and local problems?
Msgr. Coter points out: “Certainly there is in common the fact of being Christians, the feeling of being a community. Now, these communities led by priests alone are becoming communities led by commissions in which there is a priest who animates and coordinates together with the laity. Together they reflect and generate participation. In some realities, there is still a very clerical vision of the Church that struggles to leave room for the laity who are a wealth not only as an operational contribution but also as a vision, reflection, incarnation of faith and new proposals. If we do not do it out of conviction, out of conscience, because that was the way the early Church was, we must learn to do it soon as we will be short of priests”. 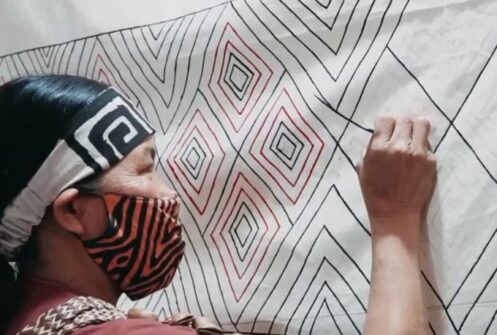 In Latin America where grassroots communities have been a popular and widespread tradition since the years following the Second Vatican Council, how will the ecclesial community grow on the synodal journey? In a context of great changes in which the reform of the Curia desired by Pope Francis with Praedicate Evangelium is fully inserted, what are the most topical issues for the Churches of the continent? “In this phase, new words are emerging as milestones that help the heart to translate dreams into concrete steps – explains Monsignor Coter. We are writing the answers that will come from the synodal journey. For example, in the commission in which we have been examining the Amazonian rite for a full year, we see that elements oriented towards respect for some typically local realities are emerging. These responses will be defined not by a bishop nor by a parish priest but by an ecclesiastical province, by a synodal group at the local and inter-diocesan level. The answers will come through a synodal practice, that of the common journey”. 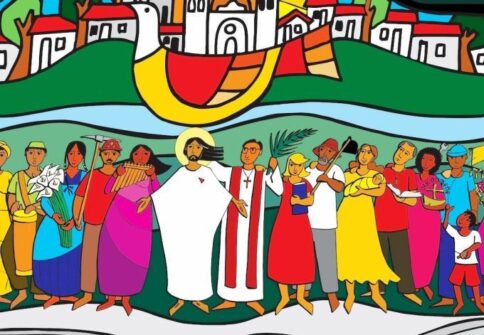 The bishop continues: “A problem for the communities of the Churches of the Amazon region is the lack of priests available to accompany pastorally the communities scattered throughout the territory. But now, on the other side of the globe, even in Europe with the decline in vocations, there is only one parish priest for four or five communities and on Sundays, he finds himself running from one side to the other to celebrate Masses, becoming predominantly the minister of worship and losing contact with the people. The European Churches with this problem must find their answer. With so much geographical and historical distance between us, there is the same problem here and we must understand how to give the sacraments to our faithful. In the Synod of the Amazon, we reflected on this and other problems of the incarnation of the faith, and now we must build the answers. Thus enter the challenges of a new reality of the Church with fewer priests and the need for greater participation of the laity. These basic problems also exist in Asia and Africa, albeit in different cultural contexts”. And are the pastors ready for this journey with the laity? “It is important that the episcopal conferences know how to delegate people who want to take risks, to walk. It is important that the bishops know how to delegate pastors with the ability to listen and with the courage not to seek certainties but the light of the Spirit that never indicates highways but pieces of a path to walk on. And not alone”.