It is not recognized by any state, but, to all intents and purposes, it is independent: from the border to Tiraspol, between checkpoints and the still visible signs of the 1992 war. A journey to a country that does not exist, officially.

A prefabricated container interrupts the two-lane road connecting Chisinau to Tiraspol. The cars stop neatly at the checkpoint that marks the border between the Republic of Moldova and the Moldavian Republic of Pridniestrov, or Transnistria, a state entity that no government in the world has ever recognized but which is in effect independent.
On the Vltava side, two soldiers are stationed in front of customs but do not check travellers’ documents: Chisinau believes that the territory of Transnistria is in all respects Moldavian. Only alcohol and Russian-brand cigarettes are taxed, which can be bought in the shops beyond the checkpoint. The Transnistrian policemen, on the other hand, check the passports of motorists and give foreigners an entry sheet that represents a sort of visa: the days to visit Transnistria are limited but it is possible to agree with the border agents on the duration of one’s stay. 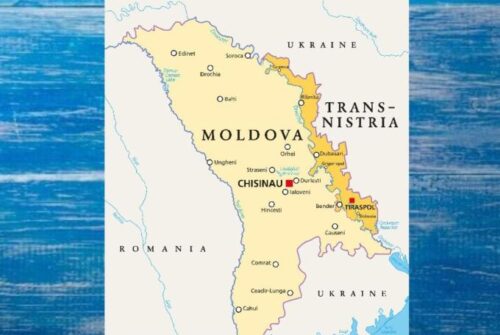 The first city you come to after the makeshift border is Bender, which announces itself with white socialist buildings, spacious and airy boulevards and the brown brick fortress dominating the bend of the Dniester River. Some buildings still show signs of the bombings in 1992, when the regular army of the newly formed Republic of Moldova attacked Transnistria which had proclaimed itself independent. For Chisinau, which wanted to extend its power over the entire former Moldavian Autonomous Soviet Socialist Republic (whose territory corresponds to today’s Moldova), Tiraspol’s proclamation of independence came as a shock. The Moldovan army could count on a limited number of soldiers, on old and obsolete weapons and the little aid, in terms of men and funds, provided by Romania. A general view of the checkpoint at the border of Moldova and the breakaway Transnistrian Republic, near Bender, 65 km West from Chisinau. Photo: EPA/STR

The Transnistrian army was improvised and unmanned, but supported by some 6,000 Russian, Cossack and Ukrainian mercenaries and determined to fight to defend the country’s independence. The XIV division of the Red Army stationed in the region sided with Tiraspol and for this reason, Transnistria managed to maintain its territorial integrity. The war, which lasted from March to July 1992, was however bloody and violent and left an immense void between the two warring parties. There is no family in Bender that did not have a relative engaged in fighting in the armed clashes of 1992. Transnistrian propaganda speaks of the war of ’92 in heroic and at times epic terms; the Moldovan propaganda describes it as a cowardly attempt by the Tiraspol terrorists, supported by Russia, to detach themselves from the motherland for purely economic and personal gain issues on the part of a handful of shrewd and unscrupulous politicians.
Everyone has their own truth and it is not easy to reconcile the points of view in a country where just over 28% of the inhabitants are Moldovans, 29% Russians and the remainder are Ukrainians, Bulgarians and Gagauzians (2015 census). In any case, Bender still bears the marks of the war, which took place mainly along the Dniester River, and at the entrance to each city, there are checkpoints, Frisian horses and armed soldiers who look suspiciously at every pedestrian and every car that enters the inhabited centres. 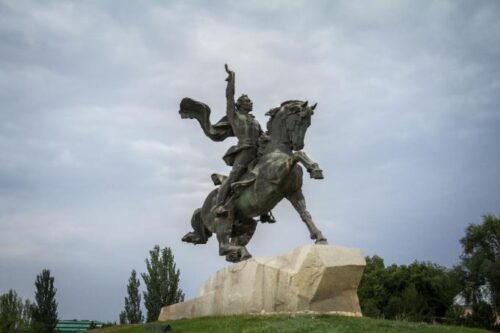 Monument to Suvorov in the city center of Tiraspol, Transdniestria, Moldova. The bronze statue is dedicated to Russian general Alexandr Suvorov. 123rf.com

The division between Moldova (Bessarabia) and Transnistria was decreed after the end of the First World War. In 1939 the Molotov-Ribbentrop Pact allowed the Soviets to also occupy Bessarabia, which was then briefly reoccupied by the Romanians, with the help of Nazi Germany, during the invasion of 1941 and then definitively moved to the USSR in 1944. Only towards the end of the 1980s, nationalism was reawakened in this area, as happened everywhere in the former Soviet empire. Transnistrians were afraid of losing their identity and the ability to speak Russian, which happened after the 1991 coup in Russia when the Chisinau Parliament proclaimed independence and declared Moldovan the only national language.
At that point, the clashes began which soon turned into a short but exhausting trench warfare, fought village by village and, in Bender, district by district. Without the intervention of the 14th division, which bombed the Moldovans from the right bank of the river, the hostilities would have continued for a long time. It was always Russia that imposed the ceasefire and peace, controlled and guaranteed by a Joint Control Commission, made up of Russians, Transnistrians and Moldovans. 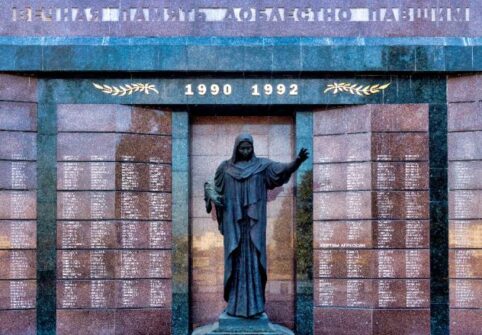 War memorial and the Tomb of the Unknown Soldier, Tiraspol, Transnistria, Moldova. 123rf.com

Tiraspol is a quiet city, with wide boulevards and orderly and composed traffic. The trolley buses are punctual and clean; the park along the Dniester River is welcoming and well-kept. Statues of Lenin still dominate the boulevards and the hammer and sickle stand out on the facades of the buildings, signalling continuity with the USSR’s past. In fact, what numerous analysts have repeatedly pointed out, namely that Transnistria is out of this world and still lives in the Soviet Empire, is an exaggeration; talking to people and walking around Tiraspol, one gets the impression that the use of Soviet symbols is more of a tourist gimmick and has to do with the folklore of the country, not with reality. In fact, Transnistria seems to play on symbols to give an idea of ​​itself that strikes the few foreigners who come to these parts.
There is very little that is Soviet; the Transnistrian population uses mobile phones and tablets and is very familiar with the mechanisms of the market economy. The fact that ATMs only work with the internal ‘Klever’ circuit and are not connected to the international Visa and Mastercard networks does not testify to the Soviet backwardness of this area, but rather to its political isolation.
The impression is given that in Transnistria life is good, but the reality is different. Although the country has a thriving chemical and construction industry, it can only be maintained thanks to aid and trade with Russia. Moscow’s presence is clearly visible in the numerous barracks housing Russian military garrisons, the largest of which is right at the entrance to Tiraspol, a few steps from the city stadium that bears the name of the Sherif football team. In fact, Sherif is the largest company in the country, which practically holds the Transnistrian economy in its hands. It owns shops, cafes, and restaurants, thanks to its links with the government. Transnistrian has a controlled free market, where only a few players, in agreement with politicians, can afford to do business. The Transnistrian population does not live in comfort, even if there are no dramatic differences in income and class as in other post-Soviet countries. 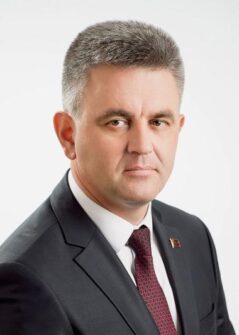 The country’s government is controlled by President Vladimir Krasnosel’ski and his men, but there is also an opposition, tolerated and not excessively critical of the government, represented by the Transnistrian Communist Party (not present in Parliament, where, out of 33 deputies, 29 are from the ‘Renewal’ party, which is linked and financed by the Sherif company, and 4 are independent).
Its media outlet, Pravda Pridnestrovia, criticizes the government with regard to economic measures and proposes a rapprochement, if not annexation, to Russia to solve the country’s problems.
Beyond this solution, perhaps simplistic and biased, what is really interesting is the fact that ‘Pravda’ is the only newspaper to highlight the real economic problems of the territory controlled by Tiraspol: with average wages at 350 euros for professionals, who prefer to leave the country and go to work in Russia or Moldova. The guaranteed minimum wage is around 133 euros, very little to live on. A doctor and a professor earn little more than the minimum wage. 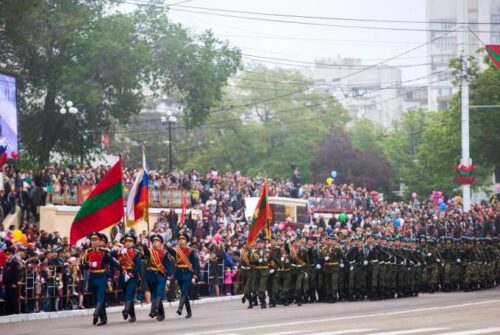 Thanks also and above all to donations from the Kremlin, the self-styled Transnistrian state guarantees free studies and social services, which allow the population to survive. To survive, not to live comfortably, and this is why young people, once they have graduated, choose the path of emigration en masse.
The Transnistrian political elite, since the war in Ukraine began, seems to have chosen the path of diplomacy and caution. The Chisinau government is convinced that Tiraspol will not take the side of Moscow and it seems that a gap has arisen between a large part of the population, which is eagerly awaiting the arrival of the Russian army, and the President, who instead does not miss an opportunity to underline the natural inclination for peace of the Moldavian Republic of Transnistria. (Open Photo: Transnistria state emblem and flags – downtown of the city Tiraspol. ©soleg/123RF.com)