In May, with their song ‘Stefania’, they easily won the latest Eurovision Song Contest and caught the attention of the world.

Then, Kalush Orchestra is a new phenomenon, having been founded as recently as 2019 by rapper Oleh Psjuk together with some friends.
The group takes its name from its birthplace, Kaluš, a city at the foot of the Carpathians, in western Ukraine: with just over 60,000 inhabitants, a land once conquered by the Austro-Hungarian empire and today, like the whole country, struggling with the tragedy of the Russian invasion.
The band started with an announcement on Facebook and, after various formation changes to the current line-up, emerged with the publication of what is currently their only album, Hotin. 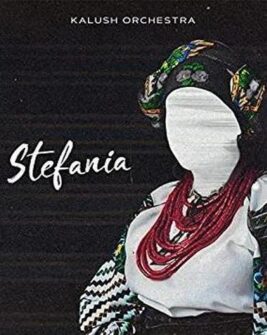 When the war broke out last February, Oleh Psjuk was in Kyiv where he was based with the band, but he decided to return immediately to his city: he gave up music and immediately set to work helping refugees on the run, delivering humanitarian aid packages and escorting civilians to train stations as they left Ukraine.
Their intention was to resume immediately after the event, but the resounding victory at the Eurovision Song Contest prompted the group to change their plans and they embarked on a long international tour aimed at raising funds to support their country. 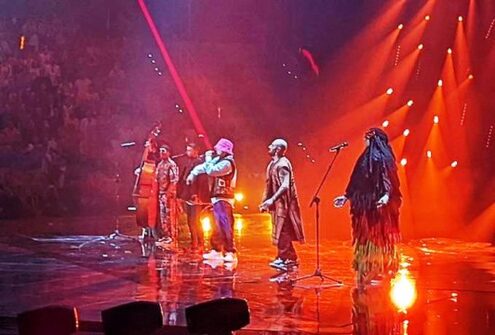 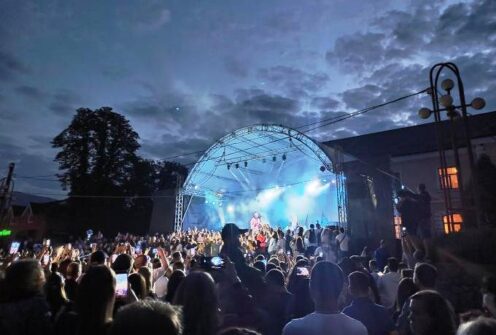 And in fact, Oleh and his friends made the most of the opportunity to let the voice of their people be heard above the noise of the exploding bombs: “We perform on behalf of everyone who has been affected by the war and fights for peace. With our music, we can bring the message to a huge audience – they declared in those days – We want to show the Ukrainians on Eurovision night that they are not alone, that all of Europe is observing how we fight in this cruel war and supports us “.
Quite a few months have passed since the event of the Euro Festival, but the situation in Ukraine does not show us even a glimmer of peace, so much so that Kyiv has already had to give up the right to organize the next edition of the Eurovision Song Contest.
But in the meantime, the irresistible blend of hip-hop and Ukrainian ethno-music of the Kalush Orchestra is even ready to conquer the States where they have been on tour since last October. All proceeds – together with the 900 thousand euros obtained from the lottery that awarded the frontman’s now famous pink hat – will be donated to the Help Heroes of Ukraine organization devoted to supporting Ukrainian families stricken by the war.(Open Photo: Kalush Orchestra. (Photo Eurovision Song Contest)