Geographically located on the very outskirts of southeastern Europe, Moldova is a small state nestled between Romania and Ukraine. It shares the western border with Romania, while Ukraine envelops it to the north, east and south.

The territory, mostly flat, coincides roughly with the Bessarabia region, an area situated between the Prut and Nistru rivers. The latter, in addition to marking a portion of the border with Ukraine in the north-east area, flows from north to south in the eastern part of the country separating the Bessarabia region from the autonomous one of Transnistria, constituting, in fact, a geopolitical limes. The actual Republic of Moldova has developed in an area that, due to its geographical position and its proximity to the Black Sea, has always been disputed by the great powers present in the area. Only Stephen the Great (1457 -1504) managed to ensure its stability and to keep Polish, Hungarian and Turkish expansionist ambitions at bay. 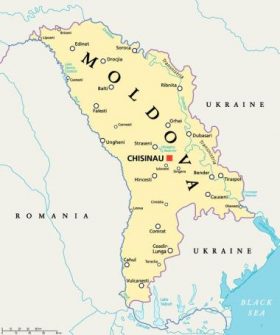 Subsequently that area continued to suffer the tensions and claims of the great actors present on that chessboard. In this regard, it suffices to recall the long dispute for Bessarabia between the Ottoman Empire, the Russian Empire and the Austro-Hungarian Empire. For Russia, in particular, Bessarabia, then as today, represents an outpost from which to exercise its influence on Central Europe, the Balkans and Turkey. These situations, replicating themselves over the centuries through a sort of constant geopolitics, determined the country’s modest size, its irrelevance on the international level and its lack of development.
In 1812, the area was annexed by the Tsarist Empire and this annexation constituted a milestone for the country’s history. The Tsars, in fact, developed an action of Russification of the territory through demographic and colonial policies, with very real population transfers. But despite Russian efforts, the Romanian identity of Bessarabia always remained alive and tried to assert itself on several occasions. However, the real geographic and anthropological upheaval occurred in the Soviet era during which, also the Moldovan Soviet Socialist Republic, like the Central Asian Republics, underwent the collectivization, the deportations, the destruction of the churches and a forced industrialization that led to social mobilization with relative upheaval
of local customs. 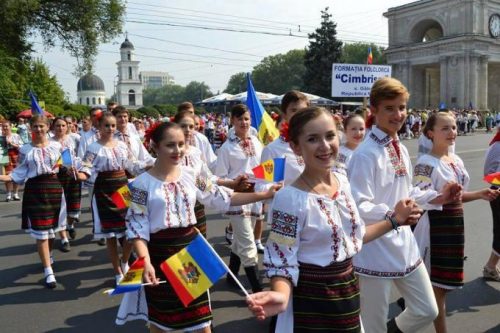 In the summer of 1989, following the riots that undermined the Soviet Empire, the Soviet Socialist Republic of Moldova also began to take the path that would lead it to independence through the implementation of important changes such as the adoption of the Latin alphabet and replacement of the official Russian language with Romanian, later renamed Moldovan. In addition to the official one, there are four languages spoken in Moldova today: Romanian, Russian, Ukrainian and Gagauzic. This latter is spoken by the inhabitants of the region of Gagauzia, an autonomous territorial entity located in the south of the country, inhabited by a population of Turkic origin, but of orthodox Christian religion. For 11% of the population, spoken Russian remained, however, as the first language and, obviously, being known by almost all inhabitants, it is often used as a lingua franca even if the disagreements caused by the forced Russification of the Soviet period have not entirely died away. However, full independence was achieved in August 1991 and was managed by the Moldovan Popular Front’s politicizing of Christian Democrat culture, which was in favor of the country’s annexation to Romania. This new situation determined, as is obvious, the reactions of the Russian speakers of Transnistria and Gagauzia, in detonating the new civil war following which Transnistria, thanks also to the support of the Russian military forces, was established in a de facto independent state but was never internationally recognized. 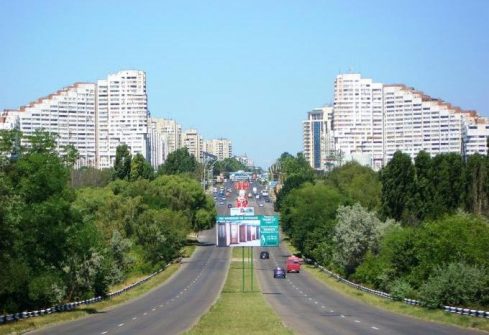 Gates of the City, Chişinău

After the fall of the USSR, the subjects who guided the transition applied universal political recipes, with western standards and models that did not take into account the various cultural and territorial differences. Thus, the new international players present on the scene – through the International Monetary Fund, the World Bank, the State Department and the EU – began to dictate to the country new lines of development that included liberalization, opening to the capital, goods and services of the West, but which did not in fact lead to the state of well-being and proclaimed development.
Even today, the geopolitical constant does not spare the country from the bitter contention of two large blocs, the Russian and the western ones, as well as from Romanian irredentism that has always perceived Moldova, and in particular the area of Bessarabia, as its province which was stolen by Turkish ambitions. 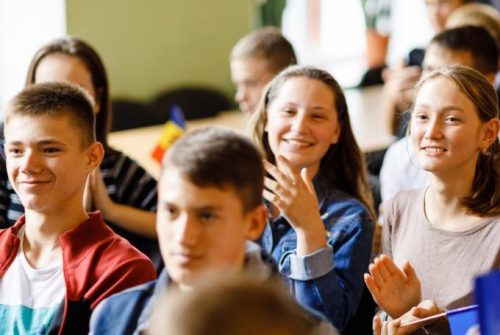 The inadequate development model, together with the geopolitical tensions, have not allowed Moldova to emerge from its condition as a rural country. In fact, its population, which has 3,547,539 people, made up of 78% of Moldovans (in the territory controlled by the central government), 8% of Ukrainians and 6% of Russians, lives mainly in the countryside and, given the absence of adequate working conditions, exists in a condition of widespread poverty. The combination of these elements has, for years, been fuelling the migratory phenomenon towards the countries of Western Europe by the younger members of society. A process which, as is obvious, is producing a strong population decrease at home and which in the long run could have devastating effects. (F.R.)