Like Moses, Cardinal Monsengwo, who died in France 11 July last aged 81, fought for most of his life to lead his flock to the promised land of democracy but did not see it himself.

Most of those who knew him consider Mgr. Laurent Monsengwo Pasinya who just passed away in a hospital near Paris, to have been one of Congo’s greatest figures and even one of Africa’s most important church leaders of his generation.
Born into a family of traditional chiefs of the Sakata tribe, in the Mai Ndombe province, near Kinshasa, Laurent Monsengwo, the son of a carpenter, was a brilliant student at the Kabwe Major Seminary where he studied philosophy. A few years later, he travelled to Rome where he was ordained to the priesthood at the age of 24.
The young priest soon became quite a figurehead among African Roman Catholic intellectuals. He was the first African doctor of Biblical Exegesis which he was awarded in 1971 and the first of his continent to become the special secretary of a Synod of Bishops in 2008. Later in 2021, he co-chaired with Pope Benedict XVI the synod on the New Evangelization. 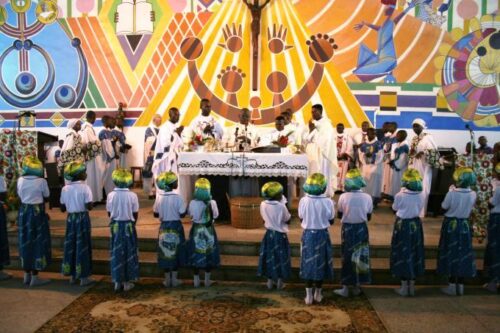 Laurent Monsengwo’s cultural achievements are impressive. He spoke more than 12 languages including his mother tongue Kisakata and also the Congo’s main linguae francae, Lingala and Swahili beside those of the Belgian colonizers: French and Dutch. In addition, he learnt Italian, German, Spanish and Portuguese. He was also familiar with the languages of the Scriptures: Hebrew, Aramaic, Syriac, Greek and Latin. Moreover, Laurent Monsengwo composed pieces of organ music and celebrated Holy Mass according to the Zairian ritual which includes dancing in accordance with the inculturation theology he was promoting to spread the Gospel in Africa.
After he was consecrated bishop by John-Paul II in 1980, Mgr. Monsengwo became archbishop of Kisangani and later of the capital, Kinshasa until 2018. In 2010, Benedict XVI made him a cardinal. He also acquired an international dimension after he became the chairman of Zaire’s bishops’ conference, was elected chairman of the symposium of bishops conferences of Africa and Madagascar and chairman of Pax Christi International. He also represented Africa in the College of Cardinals appointed by Pope Francis to reform the Curia. 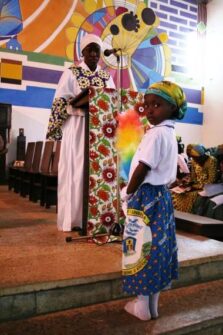 In many ways, Mgr. Monsengwo played a pivotal role in the Roman Catholic Church on the African continent. But his political involvement in Congo itself provided him with even more visibility and celebrity. Indeed, as a promoter of the basic ecclesial communities which were spreading all over the country, Mgr. Monsengwo became one of the main authors of the Roman Catholic bishops’ memo which urged Mobutu to abandon the single-party system and pave the way for a democratic state. In 1991, he acquired a leading political role when he was elected chairman of the Sovereign National Conference, whose task was to lead the democratic transition, while exposing at the same time, the properties misappropriated by the Mobutuist tycoons and cronies. Eventually, Laurent Monsengwo was elected chairman of the transition parliament called the Higher Council of the Republic. From this position, between of 1992 and 1996, he tried but did not succeed to force Mobutu to leave power in a very tense period. Those were the times of the massacre of Christian activists by Mobutu’s security forces during a peaceful demonstration for democracy on 16 February 1992. 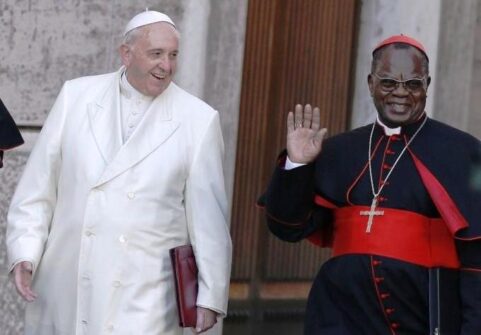 But in 1997, the rebellion of Laurent Kabila’s Alliance of Democratic Forces for the Liberation of Congo-Zaire put an end to Monsengwo’s predominant role in Congolese politics and from then on, he devoted all his efforts to his Kisangani dioceses.
However, in 2000, the occupation of the city by Ugandan and Rwandan troops and the battle between them for the control of Kisangani and the looting of its resources prompted the prelate to get involved again in politics to expose the “martyrdom” of his compatriots and call for the creation of an international criminal court to judge the predators and the perpetrators of the crimes.
Ten years after Joseph Kabila was sworn in as the successor of his father Laurent, who was assassinated on the 16 January 2001, in an almost dynastic way, Mgr. Monsengwo criticised sharply the massive rigging of the 2011 presidential elections. He spoke of results that were not in conformity with truth or justice. He resumed the fight for free, fair and credible elections in 2016 at the end of Joseph Kabila’s mandate when the incumbent president was using all sorts of pretexts to delay the vote and stay longer in office. As protest demonstrations were growing, Congo’s Roman Catholic Church offered to mediate but Kabila used all sorts of tricks and managed to postpone the elections until December. At the time, Monsengwo’s address calling for the “mediocre people to step down,” met with tremendous success and gathered support all over the country.  The cardinal said that the victims who died during these demonstrations wanted to remind us that “Pacta sunt servanda”, (Commitments must be respected).  He also spoke against the “barbarity” of Kabila’s police who entered the churches including the cathedral, using tear gas. 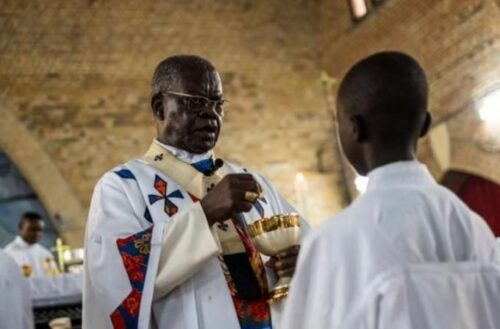 Journalists will remind Cardinal Monsengwo as a man who, despite his monotonous voice, fascinated them with his vast culture and the relevance and humour of his statements. Few Congolese intellectuals have described as sharply the corrupt and versatile Congolese political class, which was going through an “ethical crisis” he said, distinguishing two main types; the very few “vertebrates” who rely on the support of a party, of a region, or of a cause and the chameleon-like “invertebrates” whose weakness is owed to their difficulty to stick to their word. “I almost have the impression that there is a cult of mediocrity in the country”, he said once to Vatican Radio.
To those who accused him of seeking power for himself, Cardinal Monsengwo retorted: “Political power does not interest me. I have said several times that we want a Congo of values and not a Congo of anti-values”. His successor as archbishop of Kinshasa, Cardinal Fridolin Ambogo says: “He is convinced that you cannot believe in God without believing at the same time in the human person, in his or her dignity”.