These are two large structures, not just for the enormous number of containers handled every year, but also because they have become the two main hubs on European soil that are used by drug traffickers.
In itself, a port represents a particular organisational entity, a hybrid and complex space a crucial reality that is an ‘obstacle’ to the processes of identifying illegal trafficking. This applies all the more to the large ports: too much freight to check, a large number of operating actors in the port, many opportunities to corrupt specialised personnel, and openings for hackers to attack the information systems.
The ports receive not only loads of cocaine, methamphetamines, marijuana, and heroin, but also witness the trafficking of people and counterfeit goods. 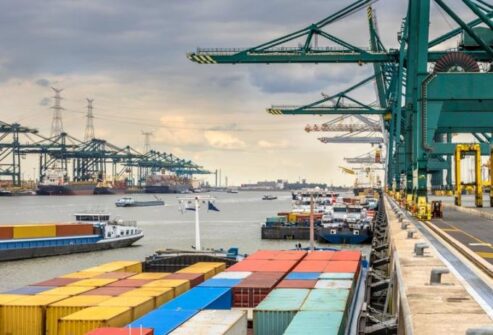 A lot of automated cranes at busy port terminal in Antwerp. 123rf.com/creativenature

The reports of UNDOC (United Nations Office on Drugs and Crime), the UN agency that deals with illegal trafficking, the drug seizures carried out by the European agency Europol together with national police forces, the Europol reports and those of the Belgian and Dutch customs show clearly that Antwerp and Rotterdam handle the largest flow of drugs from South America.
The amounts seized in recent years show that Antwerp and Rotterdam head the list, followed by Hamburg, Valencia, Pontevedra, Barcelona, Marseilles, Genoa, Livorno, and other minor ports.
European data have shown especially the boom in cocaine seizures in 2020 as compared to 2019. In Rotterdam, drug seizures amounted to 33 tons while in Antwerp the amount was 66 tons of cocaine. Why these two ports in particular? The geographical proximity of the two ports favoured their development and the mafias exploited this factor to their advantage; police investigations and specific studies have shown that the Albanian and Moroccan mafias, the most active in Holland, manage the strategic hub of Rotterdam, and have brought the nearby port of Antwerp into their criminal network. Where does the cocaine come from? Produced in Colombia and Bolivia, the cocaine was, until 2018, despatched from Brazil. However, when the local authorities significantly reinforced checks, coordinating with European police forces, despatched drugs were sent to Paraguay. With no exit to the sea, the country uses the great waterway of the Rio Paranà. Drugs enter from Bolivia across the Chaco desert. It is then routed along the Parana River from the port of Villeta located near the capital Asunciòn and from there it is sent to Holland and Belgium. Various episodes of corruption and collusion between the drug cartels and Paraguayan politicians are revealing the many branches of this new, lethal logistical route. 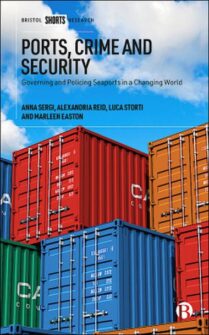 In Ports, Crime and Security. Governing and Policing Seaports in a Changing World by Anna Sergi, Alexandria Reid, Luca Storti and Marleen Easton, published by the University of Bristol (July 2021), two crucial points are clearly revealed; one is the coordination and cooperation between all the agents involved and the contribution of high-tech equipment in the management process. What is being done to combat trafficking? One of the weak points in port facilities is the human component, as in many other cases, which is therefore subject to corruption, blackmail, and threats of all kinds. Coordination between the various institutions that have to do with the port area has proved effective since it is not an easy task to get the police forces, judicial bodies, and customs officials, representatives of the body that manages the port and shipping companies, to cooperate. In this sense, the success of the Flow Plan (Stroomplan) put in place in Antwerp is proof that involving the local and federal police, magistrates, customs officials, private companies and the managing body of the port works well and gets results, as the relevant seizures of cocaine attest. 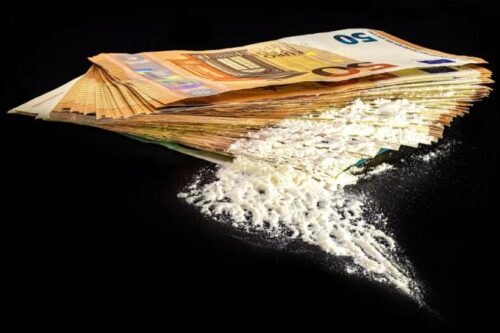 Another point that is highlighted is the advent of the smart port that will automate as much as possible the processing phases and controls in the logistics chain. The smart port is seen as a very valid tool against illegal trafficking since it is able to take advantage of new technologies such as IoT (Internet of the Things), big data and artificial intelligence. Authorities and scholars believe that the extensive implementation of these technologies will reduce the number of employees generating the so-called de-peopling of port facilities, a decrease in the workforce that can help weaken the siren of corruption and blackmail.With the phase of the so-called war on terror, the ports had already been equipped, since 2002, with new means of controlling freight traffic, in particular with the adoption of the ISPS code, an acronym that stands for International Ship and Port Facilities Security Code, considered: ‘a complete set of measures aimed at improving the security of ships and port facilities. 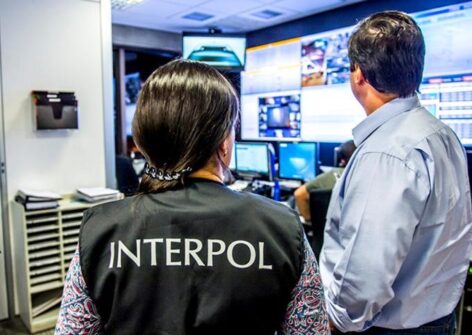 Its objectives are to establish what are the appropriate security measures and provide a coherent and standardised framework to evaluate the risks by determining the correct security levels and the corresponding security measures’. However, nobody denies the danger that too much technology may be open to cyber-attacks. The local mafias and the trans-nationals engage their informatics experts to work in this no-longer-new dimension of the cyber-sphere.
Trying to break the tentacles of the criminal octopus is a daily challenge and it is worth remembering that the mafias try to use even the minor ports where the controls are less robust and, above all, they use the Free Trade Zones, those Freeport zones that are a real boon for criminals. A sector, whose implications are well known, but which, despite everything, is growing as reported by the World Customs Organization (WCO): the Free Trade Zones to date are over 3,500, located in 130 countries, while in 1975 there were just 79 in 25 countries. (Open Photo: Docked nautical containers at Rotterdam Port. 123rf/jvdwolf)