A worldwide network of consecrated life determined to put an end to the trafficking of persons by means of collaborative initiatives centred upon prevention, protection, and social reinsertion. The network is present in 92 countries.

Joy is a young girl from Benin City, the capital of Edo state in the south of Nigeria. A beautiful and elegant girl, she is computer literate and competent in braiding and manicure. One day, a girl friend of hers suggested she go to Italy where she would find work and so be able to assist her family at home. Joy thought it over and believed it was a wonderful opportunity and not to be ignored. She said goodbye to relatives and friends and started out on her journey. She went to Niger where she crossed the desert to Libya, experienced the horror of the camps, and finally made the great crossing of the Mediterranean, together with a large group of travelling companions. After many ups and downs, she arrived in Italy. The person there to meet her was not her friend but a man who said it was he who paid for the passage and wanted his money immediately. That was how she fell into the hands of organised criminals who forced her to become a prostitute. There followed months of violence and abuse. 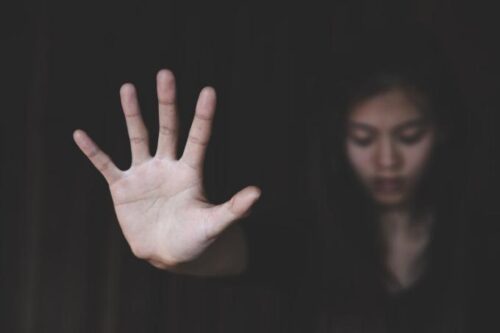 Joy recounts: “The journey to Italy was traumatic. Anyone falling from the vehicle was left behind; we never turned back. We spent almost two weeks in the desert”. She spoke of her arrival in Italy. “They told me I had to work on the streets to pay my debt of 35,000 Euro”. Joy walked the streets for almost a year, even when pregnant. “They forced me to have an abortion”, she said, her voice breaking with emotion. She prayed every day: “Jesus, help me to find people to help me. I cannot manage on my own”.  “I prayed, I prayed all the time – Joy recounts – and I heard a voice telling me not to be afraid but to have courage. I made a phone call and the very next day, the police came and freed me”.
Joy’s life has changed for good. Not only did she succeed in escaping from abuse, but she is also able to tell her story, becoming the voice of thousands of people of various cultures, ages and nationalities who are subdued and silenced by the violence of human trafficking. There are more than forty million victims of human trafficking in the world. Of these, about 72% are women and 23% of them are minors. The main purposes of trafficking are sexual exploitation (more than half) and forced labour (more than one third); the business is worth about 150 billion dollars every year. The pandemic has rendered the victims of trafficking even more vulnerable.  The traffickers are taking advantage of the situation by exploiting the financial difficulties of their victims.

The Talitha Kum Network
It is in the context of exploitation and oppression that Talitha Kum finds its role. The Network placed at the centre of its existence the people who are deeply wounded by the violence of human trafficking. Talitha Kum is an initiative of the International Union of Superiors General (IUSG) of Catholic Sisters. It was founded officially in 2009, as a milestone of an initiative that was started years previously. Right from the start, Talitha Kum was based upon processes of dialogue and discernment sustained by Sisters involved in the field. 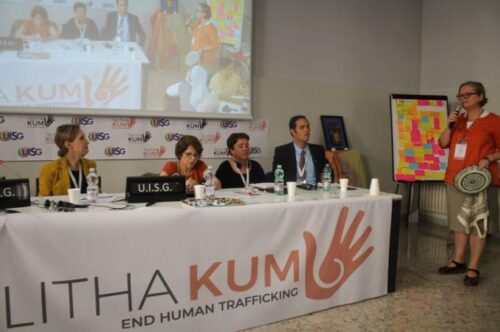 The religious women immediately realised the breadth and complexity of the phenomenon and started a dialogue with the aim of mobilising the most resources possible and of sensitising their congregations about what was happening. During those years, the International Union of Superiors General of Catholic Sisters, aware of the new emerging problematic, asked their Commission for Justice, Peace and Integrity of Creation (JPIC) to study the phenomenon by means of events and gatherings. One of these meetings was held in Rome in 1998 with the participation of Sr Lea Ackermann of the Missionary Sisters of Our Lady of Africa (‘White Sisters’). Sr Ackermann had worked for years with women affected by sexual tourism and forced prostitution. In 1985, she had founded the women’s project SOLWODI (Solidarity with Women in Difficulty) in Mombasa, Kenya. By offering counselling and education, it helps affected women to get back on their feet again. Sr Ackermann afterwards founded SOLGIDI (Solidarity with Girls in Difficulty).
The meeting gave rise to an anti-trafficking work group (Atwg) of the Commission for Justice, Peace and Integrity of Creation (JPIC). 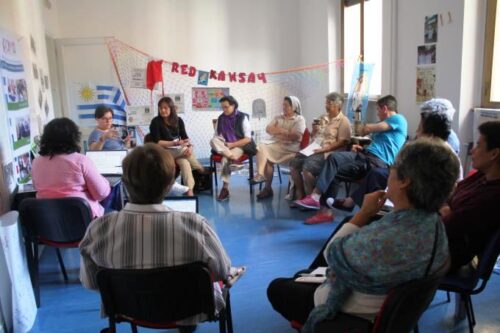 In 2001, the Atwg group presented the phenomenon of human trafficking to the General Superiors of the female congregations gathered in Rome for the plenary meeting of the Catholic Sisters who, having received the request, declared: “We, who are around 800 Superiors General, are the voice of about one million members of Catholic congregations all over the world, publicly declare our determination to work together in solidarity with our religious communities in the countries where we work to insistently condemn, at all levels, the sexual abuse and exploitation of women and children, with particular attention to the trafficking of women, which has become a lucrative multi-national trade”.
This subsequently confirmed commitment opened the way for broader intercongregational collaboration in the field of anti-trafficking and led to a training project for a network of Sisters that commenced in 2004 in partnership with the International Organisation for Migration (IOM). The project ended in 2008 with a proposal for international coordination, with its headquarters in Rome at the offices of the International Union of Superiors General (IUS). That is how the idea of Talitha Kum was formed.
From the start, the initiative took the form of a network of consecrated life with the purpose of promoting collaboration and coordination between the female religious congregations. Their objective is to:  welcome those who succeed in escaping the trauma of trafficking exploitation; offer them protection; care for and assist them in the process of social reinsertion (by expediting access to juridical and psychosocial services as well as educational courses); ultimately facilitate their entry into the world of work. 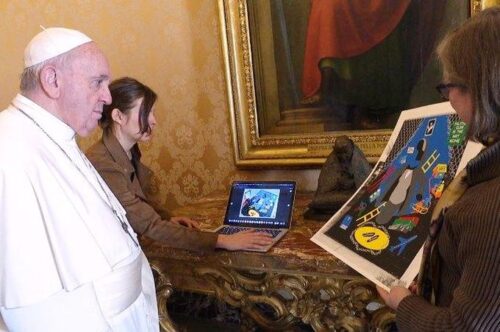 Pope Francis inaugurates Super Nuns, an initiative of Talitha Kum. The Super Nuns community is an project launched by Talitha Kum that aims to reach a whole new range of potential supporters.

Subsequently, the networks began promoting groups for reflection and study, based upon the various cultural contexts, to promote preventive action against the systemic causes which lead to this crime, despite the countless efforts to bring the phenomenon and its victims to the fore, and to implement laws for the protection of the victims. Organised as a network, Talitha Kum has neither a centre nor a periphery, but seeks to coordinate a new mode of leadership in a process of dialogue and constant tension between the model of leadership of the ministerial network experienced by the Sisters involved in the fight against human trafficking, and the traditional model of leadership in the Church reproduced in the religious congregations. This dialogue/tension has as its foundation the centrality of the mission of service, in contrast with human trafficking, and the promotion of real areas of collaboration and feminine leadership shared in the service of the mission of the Church. 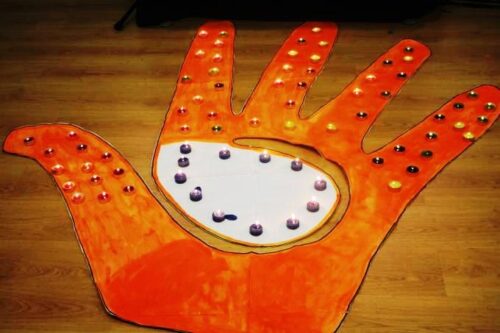 The model was also acknowledged by Pope Francis during the general assembly of Talitha Kum on 26 September 2019: “I congratulate you for the importance of the work you are engaged in in such a complex and traumatic area. It is a work that unites the mission with collaboration between Institutes. You have chosen to stand in the front line. For this reason, the numerous congregations who have worked and are still working as the ‘vanguard’ of the missionary action of the Church against human trafficking deserve recognition. And working together: this is exemplary. It is an example for the whole Church and also for us: men, priests, bishops… This is exemplary. Carry on like this!”
Talitha Kum is present in 92 countries on five continents: 14 in Africa, 18 in Asia, 17 in America, 41 in Europe, 2 in Oceania. The Talitha Kum networks: 44 National Networks: 9 in Africa, 11 in Asia, 15 in America, 7 in Europe and 2 in Oceania. 7 regional coordinations: 2 in Latin America, 3 in Asia, 1 in Europe and 1 in Africa.