Pope Francis transforms the Synod of Bishops from an ‘event’ to a ‘process’, with the People of God at the centre.

The synod will comprise three phases, the final one – a fundamental step – being the celebration of the General Assembly of the Synod of Bishops in October 2023. The articulation of the different phases will help to make possible a true listening to the People of God to ensure the participation of all. A synod is not just an event, but also a process that involves in synergy the People of God, the Bishops and the Pope.

The diocesan Phase
The objective of the diocesan phase (October 2021 – April 2022) is to consult the People of God, “so that the synodal process is carried out through listening to all of the baptised, who are the subject of the sensus fidei (sense of the faith on the part of the faithful), which is infallible and always growing”.
The General Secretariat for the Synod of Bishops has sent a Preparatory document, accompanied by a Questionnaire and a Vademecum, with proposals for consultation in each particular Church, “to facilitate the first phase of listening to and consulting the People of God in the particular Churches, in the hope of helping to set in motion the ideas, energy and creativity of all those who will take part in the journey, and to facilitate the sharing of the fruits of their commitment”. 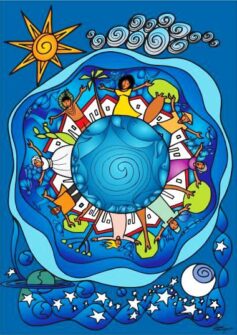 In each diocese, each bishop should have already appointed a diocesan contact person (and possibly a team) for the synodal consultation (the deadline was October 2021). “They will be a point of reference and liaison with the Bishops’ Conference, and will accompany all stages of the consultation process in the local particular Church”.Similarly, each Bishops’ Conference should already have appointed a contact person (and possibly a team) “responsible for liaising both with diocesan officials and with the General Secretariat for the Synod of Bishops”. Consultation with the People of God in each particular Church will conclude with a pre-synodal meeting, which will be the culmination of diocesan discernment. After the conclusion of the diocesan phase, each particular Church will submit its contributions to their Episcopal Conference, after which a period of discernment will begin for Episcopal Conferences gathered in assembly meetings.
The synthesis will be sent to the General Secretariat for the Synod of Bishops along with the contributions of each of the particular Churches before April 2022. By September 2022, the General Secretariat for the Synod of Bishops will proceed with the drafting of the first Instrumentum laboris (working paper). 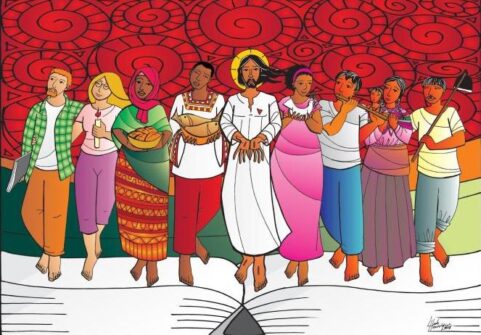 Preparatory Document  – To concretely accompany the organisation of the work, the Preparatory document has been proposed, attached to a methodological Vademecum, both available on the dedicated website, which offer “some resources for deepening the theme of synodality; including the speech for the Commemoration of the 50th anniversary of the institution of the Synod of Bishops, delivered by Pope Francis on 17th October 2015, and the document Synodality in the life and mission of the Church, prepared by the International Theological Commission and published in 2018.
“The Church of God is convened in Synod”; is the incipit of the Vademecum, following Pope Francis’ invitation to question herself on a decisive theme for her life and mission: “Precisely the path of synodality is the path that God expects from the Church of the third millennium”.

Accurate Analyses – The Preparatory document contains precise analyses of human situations described in concise but powerful language. “A global tragedy such as the Covid-19 pandemic has indeed aroused for a time the awareness of being a world community sailing in the same boat”, but, at the same time, “has made the already existing inequalities and inequities explode”. 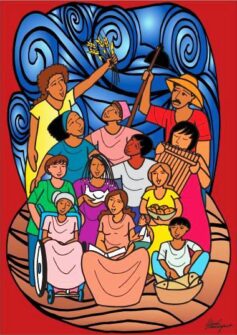 There is no shortage of specific complaints about human right violations. One of them stands out: “The tragic condition faced by migrants in all regions of the world shows how high and strong the barriers dividing the single human family still are”.
The challenge for the Church, therefore, is “to accompany people and communities to re-read experiences of mourning and suffering, which have unmasked many false securities and to cultivate hope and faith in the goodness of the Creator and his creation”.
On the hand, the Preparatory document says: “We cannot hide from the fact that the Church herself must face lack of faith and corruption even within herself”. In particularly “the suffering experienced by minors and vulnerable people due to sexual abuse, the abuse of power and the abuse of conscience perpetrated by a significant number of clerics and consecrated persons”.
“We are continually challenged, as the People of God, to take on the pain of our brothers and sisters wounded in the flesh and in the spirit…For too long, the cry of the victims has been a cry that the Church has not been able to hear sufficiently. These are deep wounds that are difficult to heal, for which forgiveness will never be asked enough and which constitute obstacles, sometimes imposing ones, to advancing in the direction of ‘journeying together’”, says the text. 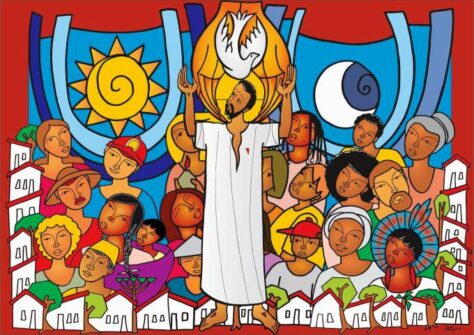 The document continues: “The whole Church is called to deal with the weight of a culture imbued with clericalism that she inherited from her history, and with forms of exercising authority on which the different types of abuse (power, economic, conscience, sexual) are grafted”.
Conversion is called for: “It is impossible to think of a conversion of our activity as a Church that does not include the active participation of all the members of the People of God: together let us ask the Lord for the grace of conversion and the inner anointing needed to express, before these crimes of abuse, our repentance and our decision to combat
them with courage”.

Signs of Hope – Among the signs of hope that have blossomed in the Christian community, there is “the desire of young people to take a leading role in the Church, and the demand for greater appreciation of women and spaces for their participation in the Church’s mission… The recent institution of the lay ministry of Catechist and the opening of access to those of Lector and Acolyte to women move in this direction”.
“Synodality is much more than the celebration of ecclesial meetings and assemblies of bishops, or a matter of simple internal Church administration; it is the specific modus vivendi et operandi of the Church, the People of God, which reveals and gives substance to her being as communion, when all her members journey together, gather in assembly, and take an active part in her evangelising mission”. 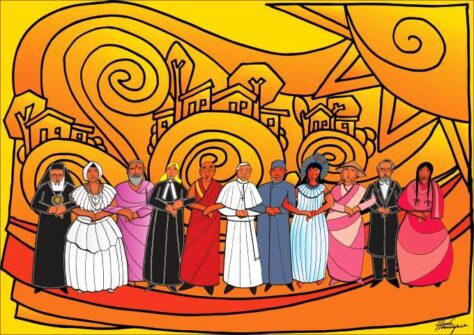 Finally the document states: “The consultation of the People of God does not imply the assumption within the Church of the dynamics of democracy based on the principle of majority, because, at the basis of participation in every synodal process, there is a shared passion for the common mission of evangelisation and not the representation of conflicting interests”. Among the objectives of the synodal journey, there is also that of “examining how responsibility and power are lived in the Church, as well as the structures by which they are managed, bringing to light and trying to convert prejudices and distorted practices that are not rooted in the Gospel”.