In this new re-establishment of international balances in which Asia is acting as the leader, the Indian Ocean, the theatre of numerous conflicts in recent decades, has assumed a role of primary importance.

It does, in fact, function as a logistical connecting platform assisting Asian economic development since it connects Europe, Asia, the Middle East and Africa, facilitating the passage of abundant loads of energy to be used to maintain production in the major global economies.
It is no coincidence that the US administration, in elaborating its new strategy of Chinese containment, replaced the term ‘Pacific Asia’ with ‘Indo Pacific’ in referring to the area from the western coast of India to that of the United States. 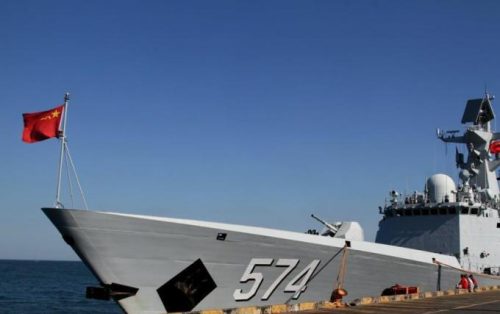 The geopolitical and geo-economic importance of this area is based upon two elements: the first concerns the security of the Chinese economy which depends upon the Indian Ocean as its principal transit route, and this has forced Peking to develop a maritime strategy focussed on two oceans, the Pacific Ocean and the Indian Ocean, identifying two fundamental logistics bases in Pakistan and Sri Lanka; the second concerns the Indian strategy. India, having suffered over the years under the strategies of the various powers, each with its own hegemonic aims, considered it opportune to adopt a new approach with the aim of making of this area a resource and not a threat, elaborating its own maritime doctrine according to which ‘control of the sea is the cardinal concept around which the Indian navy is structured’. 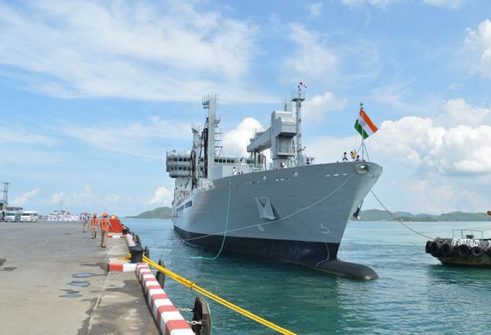 To this end, it intends to utilise its own maritime power to help keep the region stable and protect the maritime communication routes along which 83% of the crude oil imported by the country travels. For India, indeed, the maritime lines of communication are of crucial importance due to the turbulent state of its bordering neighbours which makes it impossible to use land routes. While developing its maritime strategy, India insists on maintaining its own autonomy, despite its close military cooperation with the United States, confirmed by numerous military agreements regarding the sharing of logistic infrastructure whose objective is Chinese containment.
The concept of autonomy for India is indeed of crucial importance in that it allows it to dialogue with China on maritime affairs and guarantees its own room for manoeuvre with respect to the US mechanism, based on the ‘Indo Pacific Strategy’ which includes India as well as Australia and Japan. Furthermore, India has strengthened its position as a regional leader by instituting the Indian Ocean Naval Symposium composed of 24 members for the purpose of promoting cooperation between maritime security agencies.
Bearing in mind the role being played by India and China at the global level, it is very clear that the economic security of this area is of vital importance also for those countries that maintain economic relations with these new actors. The area, being in a central position, connects the East, the South, the South East, Western Asia, Africa and Europe. The two powers, after a critical period, resumed their dialogue, giving priority to the stability of the area as well as agreeing fully on certain global issues. 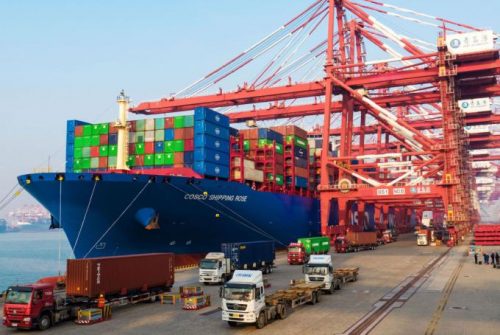 The naval policy promoted by China also aims at ensuring its use of the maritime routes of the Indian Ocean since it has developed in the area considerable economic cooperation relations with the countries of the Persian Gulf and Eastern Africa. At the same time it is creating what is known as the ‘String of Pearls Strategy’, or the construction of a network of port ‘garrisons’ along the vital Persian Gulf-China maritime route. This explains why Peking is working to consolidate relations with such countries as Pakistan, Sri Lanka, Cambodia, Bangladesh, Myanmar and Thailand, all of which are strategically placed along the supple lines of the Indian Ocean. It is through this close network of partnerships and, even more, through huge investments in the construction of the modern port of Gwadar in Pakistan and the modernisation of the port of Sittwe in Myanmar, that Peking is trying to create new land routes for the transport of goods as alternative routes to the Malacca Straits which constitute a choke point that still cannot be defended against any action by the USA. Equally strategic is the project for the construction (still under way) of the port of Colombo in Sri Lanka, facilitating the containment of India which is already placing obstacles in the way of Chinese economic expansion by launching the Mausam Project. But the Chinese port network is not confined to its nearby Asian coasts. It extends along the coast that includes the Indian Ocean and the coast of Western Africa, reaching that of the Mediterranean. In this regard, we note that, at Bagamoyo, in Tanzania, the Chinese are building a port that will be added to the list of those built in Guinea, Ghana, Togo, Nigeria, Cameroon, Djibouti, South Africa and Egypt. 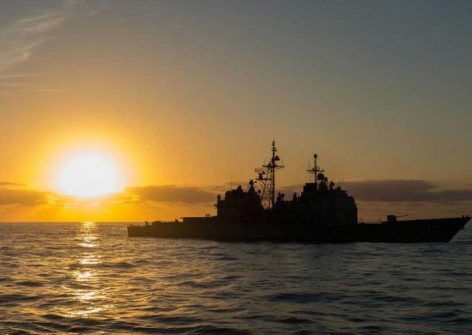 India, too, like China, is vitally in need of developing a vast infrastructure network capable of connecting it with the Centre-South of Europe, passing through Iran, central Asia and Russia. This network must necessarily circumvent Pakistan, India’s historical rival, whose geographic position constitutes a heavy obstacle for the country of the Ganges.The problem is aggravated by Sino-Pakistan cooperation which led to the new port of Gwadar, forcing New Delhi to increase cooperation with Teheran by investing in the Iranian port of Chabahar, in the region of Balukistan, 100 km from its rival structure at Gwadar.
In addition, India has planned to construct a ‘North-South Corridor’ capable of connecting India to Northern Europe, passing through Azerbaijan, Iran and Russia. With this project, the Indian vessels would sail from Mumbai and dock at the Iranian port of Bandar Abbas, in the Straits of Hormuz, a stretch of water at the entrance to the Persian Gulf, and then despatch goods overland.
The goods would pass through Baku and Astrakhan, reaching Moscow and Saint Petersburg and then enter Europe. 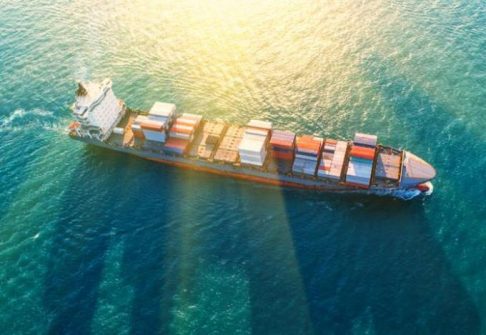 Besides the countries mentioned, their bordering countries would also benefit by reduced prices and availability of goods in an area that is strategic for the future of the world economy. In this context, India, whose rate of growth is among the highest in the world (now more than 7% per year), will play a crucial role in its own development.
The new central position and strategic importance assumed by the Indian Ocean have doubtless created competition based upon economic development and investment in infrastructure. This challenge, launched by major powers in the area, is also being taken up by smaller competitors such as Oman, favoured by its geographical position, which hopes to increase its influence and assertiveness in the immediate future, in a strategic area of the first order.