In the general elections last February, Nayb Bukele established himself as the new President of El Salvador, thus marking the historic victory of a third candidate, to the detriment of the two political groups that emerged from the civil war, ARENA and FMLN, which during the last three decades have operated in a monopoly regime.

Bukele presented himself as an anti-system candidate, even though he came from the ranks of the FMLN, and he staked everything on the fight against corruption since it was this area that had distinguished his previous experience as mayor of San Salvador, from 2015 to 2018. The neo-elected, whose government program is not yet clear, based his victory on the use of social media.
This confirms that even in Central America these instruments are becoming the key factor for mobilizing public opinion, winning elections and breaking established political structures. 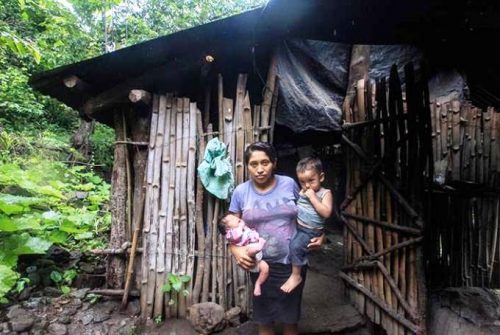 However, he has to deal with a country that during these years has suffered greatly from the political and social instability and survives thanks to foreign aid and remittances, which represent about 21% of the GDP. According to official figures, one third of the population earns less than $5.50 a day, 31% of the inhabitants live in poverty and 10% in extreme poverty. There are over 400,000 six year-olds suffering from chronic malnutrition and 15% of children under five have severe or moderate malnutrition problems.The country suffers, in fact, from a very low economic growth, among the lowest in Central America, and this makes it difficult to reduce the state of poverty in which a large part of the population exist, that has gone from 39% in 2007 to the current 31%, while in the same period extreme poverty has been reduced from 15% to 10%. The country’s public debt is notably high and corresponds to around 70% of the 2018 GDP. 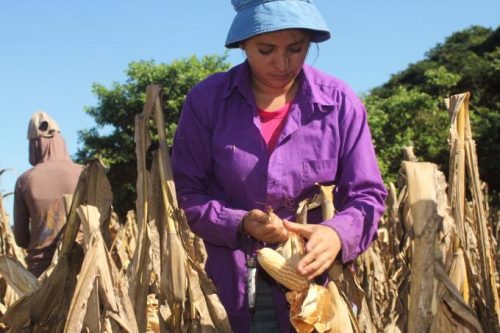 The country’s economy is mainly focused on trade, on the agricultural sector, which is in the hands of a very small elite, and on the industrial one. However, despite being a country with a purely agricultural vocation, El Salvador is forced to import a large part of food products due to the disproportionate land distribution effected in the past, which favoured the large companies that practice extensive cultivation of monocultures, to the detriment of small farmers. Maize is the most widespread crop while coffee is the most profitable and provides in value, just under 60% of the country’s exports. Other important crops are sugar cane, cotton, sesame, soy, tobacco and tropical fruit plantations, the latter present in the coastal area. Among other activities there are also breeding, fishing, tourism, catering and the timber market. The latter, together with the fertility of the soil, is causing an intensive deforestation of the mountain sides that makes El Salvador the country with the greatest problems of deforestation (about 90% of the vegetation has been eliminated), of the region. 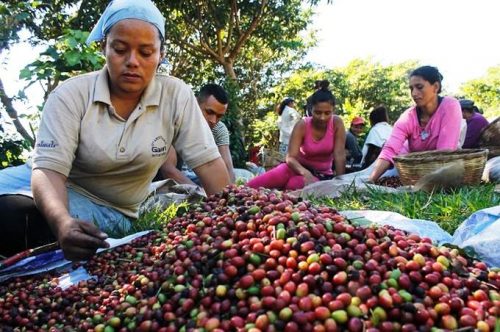 This phenomenon, together with the intensive agricultural exploitation practiced, generates serious problems of soil erosion, accentuated by the contamination of the rivers into which the sewage systems and chemical residues of the cities flow.
The major cities have a small number of industries, mainly food, textiles, chemicals and cement, while mining and energy production are negligible. El Salvador, in fact, unlike many other countries in South and Central America, is a country poor in raw materials. However, it developed a project in the Lampa River area, north-east of San Salvador, which allows it to develop large quantities of hydroelectric power.
In August 2018, El Salvador, together with Guatemala and Honduras, opened its borders to the free transit of people and goods to boost its own economies. However, the terrible state of poverty and violence faced by the country leads to the migration of its inhabitants outside the region and in particular to the United States which, last March, blocked aid – aimed at preventing violence, reducing extreme poverty and hunger and strengthening the judicial system – which they provided to El Salvador, Guatemala and Honduras, accused of doing nothing to stop the caravans of immigrants. 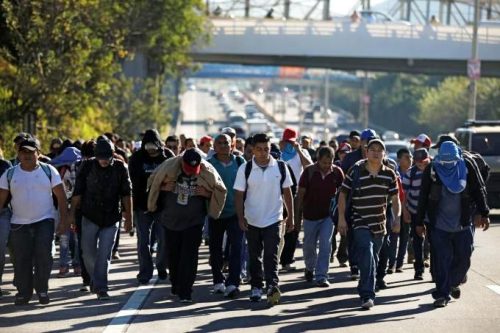 According to some unofficial estimates, about 300 people leave the country every day, but not all of them arrive at their destination, since many are deceived during the journey, others are kidnapped by criminal gangs, ending up victims of human trafficking, and others die along the road or across the desert in American territory. Migrants, in order to escape the threats of Mexican organized crime, move in groups forming real caravans that have recently attracted the attention of the international media.
Today the situation of these people has become even more complex since Mexico has had to militarize its southern border, of Tapachula, in Chiapas, to prevent the passage of thousands of migrants (most of them are families with children) from Central America. The Mexican government, which at first had reached its hand out towards this problem, thanks also to the work of President Andrés Manuel López Obrador, was forced to reverse the route under the threat of the application of heavy duties by Washington on imports of Mexican products, which would have put the country’s economy at risk. After intense negotiations, Mexico and the United States signed an agreement that aims to prevent migration to the United States and provides for the adoption of measures such as the militarization of the southern border and the participation of the National Guard to prevent the passage of migrant caravans. A US program is also being expanded to allow migrants awaiting answers from the US justice system on their asylum request to be returned to Mexico.
In addition, in the agreement, continuous negotiations are to be held for 90 days to consider greater bilateral cooperation. If the interventions are not effective, further steps are possible. 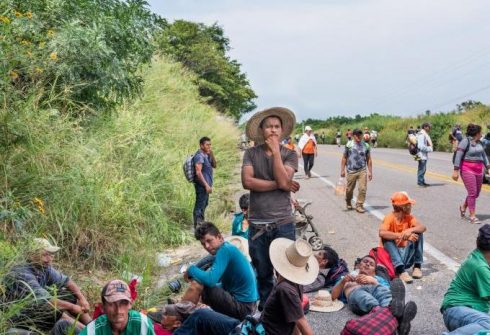 This agreement was criticized by the government of El Salvador according to which Mexico, in adopting a migration agreement with the United States, should have involved the Central American countries. The new executive, however, does not yet have a well-defined foreign policy line even if the President praised the doctrine of neutrality. This puts it in sharp disruption with the previous governments that had supported Chavez’s Bolivarian Revolution, both because of the ideological affinity of the Salvadoran FMLN with the ‘socialism of the 21st century’ and, above all, for the generous economic support that Venezuela offered during these years through monetary donations and the sale of oil at discounted prices. Given that today Venezuelan influence is failing in the region, the Chinese option remains to Salvador as a card to play as leverage at the negotiating table with the United States.