Being a small community, they try not to lose their own cultural identity. Motivated by a rapper, a photographer and a woman singer.

“We are not as bad as you think we are, why are you making our life hard?” rapper Krown sings as he proudly affirms his origins. From Melbourne with his musical video Let Us Live, the twenty one-year-old emerging artist responds to some local media guilty of using double standards in the information they provide about his community
which, though small, has, in recent years, become the most talked
about in the country. 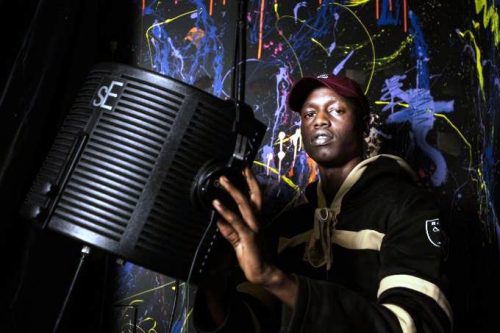 The rapper Krown, “Let Us Live”.

Renowned as one of the most successful multi-cultural experiments, today’s Australia is confronting some racists involved in a debate on the theme of accepting and, especially, the theme of the integration of refugees.According to the 2016 census, there are 7,700 residents who were born in South Sudan but it is estimated that there may be as many as 20,000, counting native Australians born to South Sudanese families. It is Melbourne, followed by Sydney, that has the most and it is here that the media frenzy starts: in March 2016, at the annual Moomba festival, there were violent clashes whose leaders, some of the South Sudanese, were said to be members of a presumed African gang called Apex. Despite the fact that Victoria State police definitively pointed out, in April 2017, that that gang is only presumed to exist and that it is rather a matter of episodes of unorganised youth crime, many mass media still obstinately refer to ‘gangs’. In this way, the South Sudanese become associated with every criminal episode that takes place. 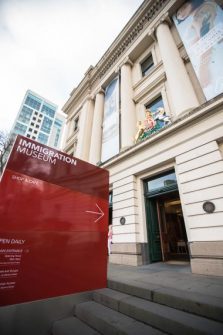 According to the crime statistics agency of the state of Victoria, crimes committed by Sudanese (including South Sudanese) in the three years 2016-2018 amount to little more than 1%, while more than 70% is to be attributed to native Australians. Despite this, in January 2018, the minister for internal affairs Peter Dutton stated that “the people of Melbourne are afraid to go out to restaurants because of the African gangs”. All this culminated in July 2018 when the National South Sudanese-Australian Basketball Association had to cancel its annual tournament because of the absurd restrictions (on timetables, the number of spectators allowed, etc.) imposed by the directors of the stadiums, fearing episodes of violence.
That same month, hundreds of exponents of the African communities, led by the South Sudanese, gathered to protest, chanting “enough is enough”, outside the headquarters of Channel 7, a TV channel and one of those mostly to blame for the continual mystification of the facts about the ‘gangs’. The Daily Mail Australia and the Herald Sun together published almost 200 articles in the past three years on “African Crime”. 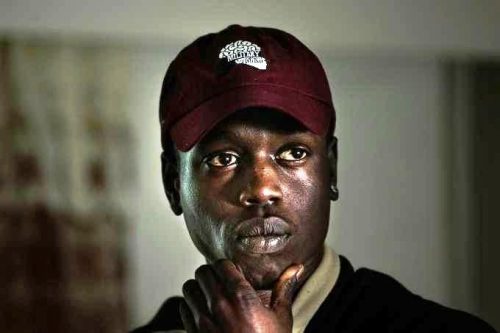 Wol Riak, one of the leaders of the South Sudanese protests.

According to Krow, whose real name is Wol Riak, one of the leaders of the South Sudanese protests, “the media have had a negative impact on the hopes of our families for a better future for their children who already find it hard to integrate”. Achol Marial, president of the South Sudanese Community Association in Victoria states: “As a result of our mobilisation, there has been an improvement in the terminology used by the newspapers in their stories about us. The police too, with whom we have organised monthly meetings, are very cautious in dealing with cases involving Africans and have improved their operational guidelines”.
Most of migration to Australia starts with countries bordering Sudan: Uganda, Ethiopia and Kenya have 800,000; 280,000 and 115,000 South Sudanese refugees, respectively. The humanitarian programme of the Australian government by which the possibility of relocation is granted, involves a Refugee Programme and a Special Humanitarian Programme. The first establishes refugee status according to the criteria of the United Nations High Commissioner for Refugees (UNHCR). It selects and accepts the majority of the applications for asylum made to the Department of Immigration which has the final say. It is also possible to seek asylum without going through the UNHCR. 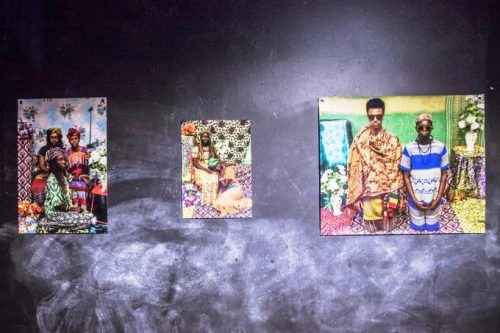 The second Programme admits those who, while they are victims of human rights violations, cannot be defined as refugees but are sponsored by an Australian resident, whether related or not, or by an organisation. It is in this way that 74% of humanitarian visas were granted to South Sudanese during the years when most refugees were coming to Australia.
Once permission has been granted to relocate, there are considerable difficulties in cultural adaptation, especially within families: there is frequent conflict over parental roles caused by the new reality of equality among parents; this situation continually forces migrants to come to terms with the past and the present. The recent tendency of Australian society to try to assimilate new arrivals without understanding their origins has the effect of hindering the formation of a feeling of belonging. A 2014 study carried out by Victoria State University analysed the experience of South Sudanese mothers while bringing up their children in Australia. Tensions emerged between the local culture and the family self-image and this was marked by aversion to the western sense of self, transmitted by parenting practices. Many mothers displayed fear of losing their children both literally and symbolically. 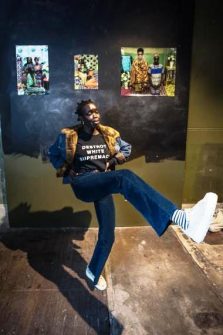 Stressed by media attention and broken up into dozens of ethnic-based associations, often having to deal with internal tensions reflecting those present in South Sudan, the South Sudanese community finds it hard to shrug off the nickname of ‘refugee’. Its children belong to the diaspora, continually searching for a new identity. At times they are trapped between their memories of their native land (which they left all too soon in their lives) and a completely different Australian daily life. Among those who affirm their own identity, already developed, are the exponents of the South Sudanese artistic scene who, not without great effort, are beginning to achieve a sort of recognition that smacks of redemption and acceptance. “Most of my work explores the history of a pre-existing art that places at the centre our blackness and our visual language”, explains photographer and painter Atong Atem. He has already had various exhibitions in Melbourne, Sydney, Brisbane and New York and proposes the theme of decolonisation through his work Studio Series: “The first photographs of African subjects belong to the colonial ethnography, giving a distorted and problematic view of it. I turned the lens towards ourselves and overturned that ethnographic tendency just to see what would happen”.
The series is composed of photo-portraits whose subjects, decidedly African and black, immersed in a mixture of colours, even if they may feel lost in different dimensions, belonging to the first or second generations of migrants, proudly keep their own culture alive.
The message contains an autobiographical reference: Atong Atem was born in Ethiopia of South Sudanese refugee parents, was brought up in Kenya and relocated to Australia. “I am pure South Sudanese.
This is my complete identity”.
Krown’s music may deal with the modern social questions of his generation such as Waiting for Payment – in which he criticises the unemployment cheques given to unemployed South Sudanese because they create dependency and prevent people from entering the world of work, already sceptical towards them – that of Ajak Kwai is a leap into the ancestral Dinka tradition. 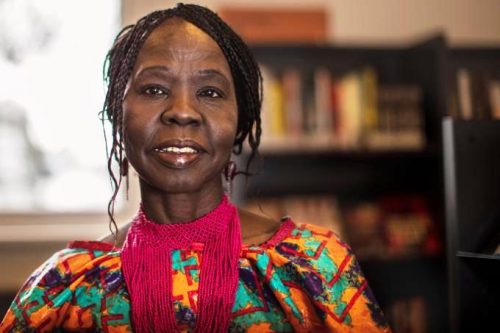 Originally from Bor in South Sudan, she suffered several bereavements due to the conflict with Khartoum and arrived in Australia in 1998, when she had just turned twenty two. In an effort to correct a speech problem, as a child she started to sing, learning songs handed down from her ancestors which she now sings for her audiences in three different languages: Arabic, Dinka and English. In 2014 she was named the best Afro-Australian singer. In her album Cows, Women and War she shows what it means to be a woman of the village, tied to the land.
“It is through the idea of the land that we can best connect with Australia – not the Australia of the British colonists but that of the aborigines who share the same sufferings as ourselves”. Even though she has family members in Bor, Ajak has not gone back there since she left her country twenty years ago and seems to have no desire to do so: “The aborigines fared worse than the South Sudanese. Unlike myself, they have no country to go back to; but everything I knew as a child was destroyed in the war. I want to hang on to my memories just a little longer”.