In the Nahuatl language, spoken in the central region of Mexico, Machincuepa means somersaults or ‘pirouette’. For hundreds of adolescents and young people in the outskirts of Mexico City, Machincuepa also means relaxation and recreation, but, at the same time, a school of life in circus artistry that transforms them from living a life of crime and vice.

A majestic tent for the Cirque du Soleil was set up in the wealthy part of Mexico City. A few kilometres away, in the Las Águilas quarter, among the houses built into the hills, another sort of circus, born from the Cirque du Soleil, is transforming the lives of the poorest and neediest young people in the outskirts of the Mexican capital.
The Cirque du Soleil is the largest circus company in the world. It started in Canada in 1984. With more than 4,000 employees of whom 1,300 are artistes from various countries, it tours the world bringing wonder, excitement and enthusiasm to the public with the magic of its colours, music, acrobatics and stories. The shows are characterised by extraordinary ability and beauty. 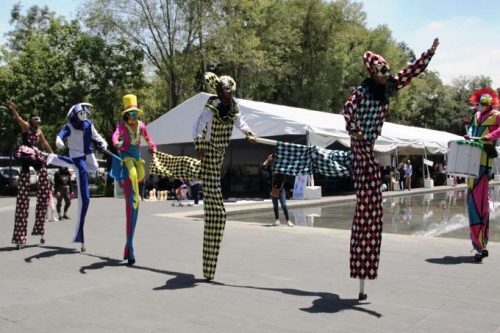 The same aim of awakening the senses and exciting the emotions of the public inspired the Cirque du Soleil to create, together with the Canadian NGO Jeunesse du Monde, a social project aimed at helping children, adolescents and young people in situations of vulnerability such as poverty and crime, women victims of abuse, prisoners, mentally and physically challenged people, drug and other addicts. Consequently, in 1995, the Cirque du Monde (Circus of the World) emerged as a form of intervention that employs circus artistry as an alternative pedagogy for young people living in difficult or uncertain conditions who need to grow in self-esteem and re-make themselves by breaking free of their life of crime. This programme, called Circus Social, rapidly spread to the five continents and has centres in 16 countries and 46 cities, one of which is Machincuepa Circo Social A.C, in the Mexican capital.

A Circus of Life

‘The circus is a metaphor that helps us to understand life. There are risks, challenges, surprises, fears, desires, satisfaction and apprenticeship’, writes Juan Carlos Hernández Vázquez, who founded Machincuepa in 1999, in a guidebook that explains how it works. He adds: ‘The circus has a lot to offer young people. Besides being an enjoyable activity, it gives them the opportunity to take the risk and channel their adrenalin in a safe context’.
Machincuepa is not just an academy for training circus artistes but a school of life that is based upon a balance between two disciplines: circus artistry and social sciences. The execution of the first is enriched by the second. And it is taught by practice. In short, a social circus may be defined as a grouping of formative activities that transmit circus values to the pupils aged from 9 to 18 years. 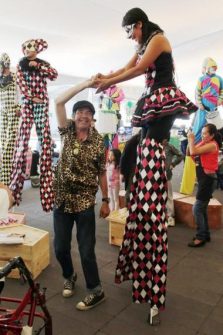 One way of teaching the value of teamwork is, for example, forming a human pyramid. The importance of the group, solidarity and the weighing of risks is learned when one is responsible for holding a partner on the trapeze and, in the entire process, to avoid injury. Self-esteem grows when a young boy or girl learns to do things they never before dreamt of doing, such as balancing on a wheel or juggling three or four balls.
When learning to walk on stilts, learners are at first paralysed by fear but then they have the opportunity to see life from a different perspective. The trainers help them to walk while, at the same time, they work on their fear, helping the young people to exercise the instruments of prudence in daily life such as foreseeing danger, a correct balance, the ability to give and to receive advice. Falls, criticism, being laughed at and the lack of the resources help to better oneself reflect daily life. The aim is for every boy and girl to become aware that their efforts and their work are sufficient to gain positive results, and that giving up or being violent are no solutions. 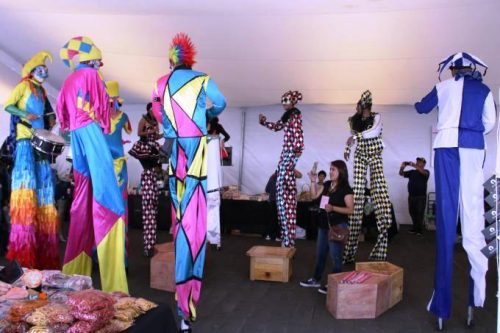 The making of costumes and materials used for the show, such as doing make-up, are part of the pedagogical process. They are a means by which the young people articulate what they have learned; reinforce their self-confidence; change the image which others and they themselves have created; and add something new to the inheritance transmitted to them.In the personal construction of the personality, Machincuepa Circo Social unites the five principles of the circus: cooperation, security, joy, perseverance, and discipline. This is because those who make up the circus do not see themselves as functionaries but as a family in which each member has his own work to do and in which all are leaders.
Juan Carlos Hernández Vázquez  points out: “ We have children who come to us shy, uncertain and afraid of taking part in any activity whatever. In the course of their training we see impressive changes, both in the way they express their emotions and in their physical attitudes as well as the way they start to understand more, are more courageous and learn faster.  We have courses to help the children overcome the marginalisation, exclusion and violence that characterised the lives of many of them, having been repressed by poverty or by gangs connected to drug trafficking and prostitution”.
Just seeing their pride and satisfaction when they take part in a show in front of the public is one of the great joys of the formators. 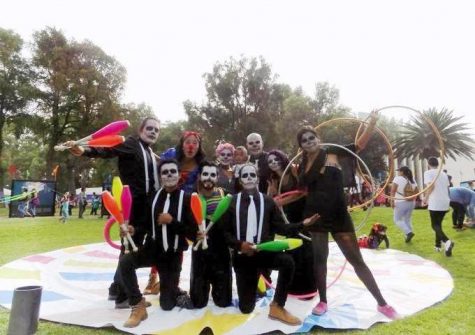 One of the courses is exclusively for young women, to impart to them leadership abilities and to reduce their exposure to violence in the family, to prepare them for courtship, marriage and the workplace.
The prevention of leaving school early and empathising with the teachers and the school community are other topics of formation.
Formation is carried out in four phases. The first is the welcoming. The students are fascinated by the magic of the circus and by the desire to get involved in a particular act that the circus has awakened in them. At the same time, they acquire a sense of belonging to the group. The second phase consists in their becoming integrated into the group and being presented with the principles of the circus. In the third phase, the students learn how they should regard their community: family, parents and neighbours. The fundamental values of family and social life are explained: friendship, respect, loyalty, cooperation, teamwork, creativity, responsibility etc.
The fourth and final phase is the one that defines the life project. The apprentices learn how to recognise the abilities they have acquired so as to become builders of their own future. They learn how to juggle, perform acrobatics, how to walk the tight rope, how to be responsible on the trapeze … these exercises are ways of facing up to life and the dangers of the difficult and perilous environment in which they live.