The Catholic Church celebrates the bicentenary of its presence in South Africa. From the colonial era to the fight against apartheid.  In search of a new way of being present in South African society.

The presence of the Catholic Church can be traced back to lay Catholics in what is now the Western Cape during the Dutch era (1652-1806).
But active public worship and the presence of functioning clergy was proscribed into the British colonial era until 1818,  with the first permanent clergy presence  only occurring after 1832.
In 1818, a Benedictine Bede Slater was consecrated vicar apostolic of the whole of southern Africa and the Indian Ocean.
Bishop Slater was unable to reside in Cape Town, however, governing his vast ‘diocese’ from Mauritius. Between 1818 and 1832, although one church was built in Cape Town, no permanent clergy worked in southern Africa: military chaplains with British troops, together with missionaries en route elsewhere, served Catholic colonists in towns. 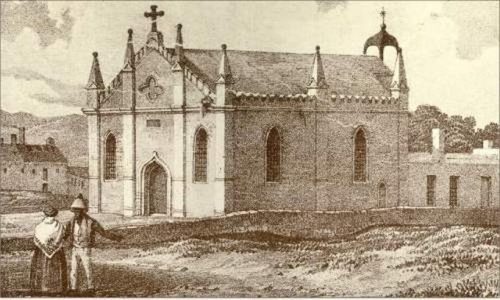 In 1831 a Dominican Patrick Raymond Griffiths was appointed the new vicar apostolic and, for the first time, was based in Cape Town from 1832. Starting with a handful of priests, his vicariate stretched from the Cape to present-day Mozambique. Even as the number of clergy grew – slowly – they were so few that they served white colonists plus a smattering of African converts, mainly in towns.  Too few priests, plus the fact that Protestant missionaries in rural areas had had a head-start (of, in some cases, 100 years), made African missions difficult.
It also had an unintended side-effect: Catholicism embraced the colonial segregationist mind-set in practice (and sometimes in theory). Even when African ‘mission’ Catholicism grew and eventually numerically outstripped the ‘colonial’ Church, power remained in the latter’s hands. Black indigenous clergy were a minority, struggling with a Eurocentric church culture, until well into the 20th Century. 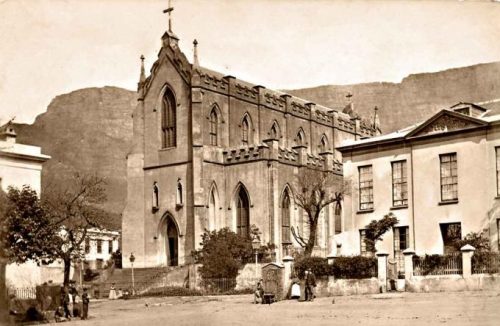 Pius IX created the Eastern Vicariate in 1847. Bishop Aidan Devereux the Vicar Apostolic set up his see initially in Grahamstown. Devereux, realising that it was still unmanageable – stretching from the Eastern Cape to today’s Mozambique – petitioned for another vicariate in Natal (now KwaZulu Natal). This territory, established in 1850, included the then Boer Republics (Orange Free State and Zuid Afrikaansche Republic/Transvaal), Basutoland and later extend into the eastern parts of the Northern Cape around Kimberley.
Devereux invited missionary congregations of men and women to work in these territories. Sisters’ (and some brothers’) congregations set up schools and hospitals, creating an important network of education and healthcare that marked the Church’s public face and in some cases changed or moderated the fiercely anti-Catholic mentality, particularly in the Boer Republics. Men’s orders, notably the Oblates of Mary Immaculate (followed later by Jesuits, Franciscans, Pallotines), focused on African missions and maintenance of the colonial Church. One order, the Trappists, transformed into the Congregation of Missionaries of Mariannhill in 1909 to focus on African missions.
Early in the 20th Century, the vast vicariates were subdivided – often according to missionary territories served by specific congregations. A diocesan clergy slowly grew. Vicariates transformed into dioceses, and informal meetings of bishops became first a Conference in 1947 and finally the Hierarchy was established by Rome in 1950-1951.

The church struggle with apartheid

Racial segregation, with white economic and cultural domination, was formalised after 1910’s establishment of the Union (later in 1961 the Republic) of South Africa. Black resistance was met by the Church with caution. Eurocentric Catholic assumptions and white economic domination of the Church confronted a growing sense of injustice, deepened by the systematised racism of apartheid after 1948. 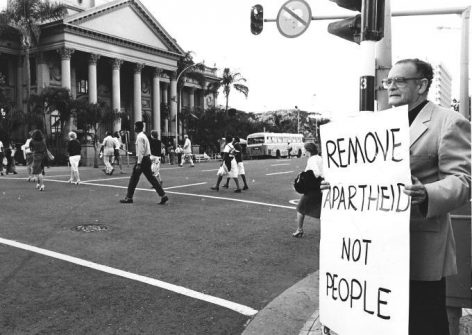 The Catholic Church’s leadership felt constrained initially in its resistance to apartheid by three factors: Eurocentrism, fear of communism and fear of anti-Catholic reaction by the state.
Though no longer persecuted, anti-Catholicism remained strong for most of the century. This, combined with the fear that the State could deport foreign religious, clergy and bishops (the majority until well into the 1970s), initially acted against strong opposition. Second, the presence of Communists among African opposition movements made many clergy fearful; so much so that some ‘progressives’, like Mariannhiller Bernard Huss, tried to create alternate, Catholic African movements – most of them far more conservative and conciliatory than secular counterparts. Finally, the financial power of the Church was in the hands of white laity, many of whom shared to varying degrees white South Africa’s views. The Church’s struggle with apartheid was thus a struggle within as much as without.
Progressive clergy, like Archbishop Denis Hurley of Durban, and laity (within both African movements and white liberal opposition parties) struggled to apply Catholic Social Teaching to the situation. Despite opposition, including initially from Vatican representatives in South Africa, their position slowly strengthened. By 1957 the Bishops Conference had made it clear that apartheid had no theological justification – but (mirroring white opposition parties) called for a gradualised end to apartheid. 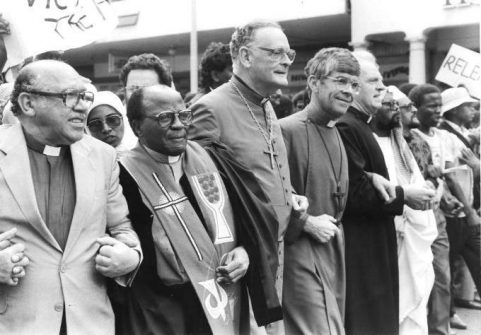 After the Second Vatican Council (1962-1965), the Church took an increasingly strong anti-apartheid stand. The Bishops Conference, justice and peace commissions, lay movements (like the Young Christian Students/Workers) moved by the late 1970s from denunciation to active opposition. In the tumultuous 1980s, the Church – formally at least – embraced liberation, worked with internal liberation movements and added moral and in some cases material resources to the Struggle (as it was called). This had its cost. Some clergy and laity were harassed, detained, deported and banned. While some white Catholics left the Church, persistence bore fruit, and between 1990 and 1994 the Church supported the negotiated transition, serving often as peace brokers during local internecine conflicts for power, and contributed human resources to monitoring 1994’s first truly democratic election.

Searching for a new direction

During the presidency of Nelson Mandela and his successors, the Catholic Church largely withdrew from the public stage. When it became clear that this was impractical, it established a Parliamentary Liaison Office in Cape Town in 1999 to lobby on issues of public policy. While Church-State relations were cordial, with Parliament open to Catholic Social Teaching insights on socio-economic issues, on some issues – notably abortion and same-sex marriage (both legalised after 1994) – there was deadlock. Some sections of the Church suggested these were signs of ‘bad faith’ on the part of the new government. Others, aware that South Africa had moved into a secular, democratic era where specific religious assumptions could not be the basis for policy, tried to shift the focus to where agreement could be found. 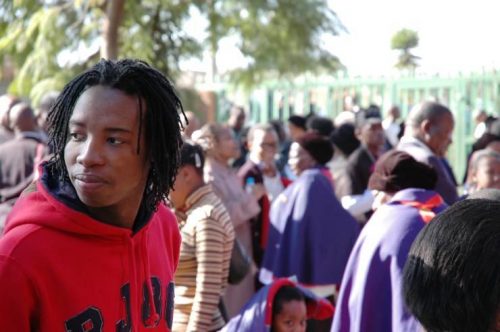 Demographically the Catholic Church changed considerably since 1994. While more numerous than ever before, its percentage of South Africa’s population has dropped – from 11% in 1980 to about 7% in 2001. Its composition has shifted too. It is an overwhelmingly black Church, both clergy and laity, with a significant bloc of immigrants from other parts of Africa. Its white membership has declined: some have emigrated, many have left the Church. The latter mirrors the rise of ‘non-religious’ South Africans as a whole, from about 2% in 1980 to around 14% today.
While the problem of corruption, particularly during the Jacob Zuma presidency, reinvigorated Catholic engagement somewhat, it remains to be seen whether the Church will sustain its political activism. Or indeed whether it will find new ways to work constructively with the new secular democracy.