Under the Guise of Security and Resources Niger Has Attracted Ever More Foreign Intervention. And Not All of It is Benign.

Niger, until not long ago a forgotten and poor country on the margins of the oil producing states of North Africa, has acquired much greater strategic importance since 2011. Niger’s importance, with all its international consequences, is destined to grow especially as former colonial and new powers project their wider political aims in the country.
In an arc of time of about 900 years, between the tenth and nineteenth centuries, Niger was home to the kingdom called Hausa, which includes parts of present-day Nigeria (with which Niger shares the Niger River). Niger, then as now, controlled trade and caravan routes that linked the Sahara and North Africa with the fertile regions of the Sahel (such as southwestern Mali). This culture, started to erode in the 1500’s and ultimately capitulated in the 1700’s after the French conquered Niger, consolidating it into a full-fledged colony in the 1800’s along with other lands of West and North Africa. The French held Niger until August 3, 1960 (date of independence). But, France has not let go its colonial legacy altogether, maintaining close ties to Niger and its neighbors through the Francophonie network and the CFA Franc currency. Now, as then, France and other developed economies have an interest in what Niger hides under its soil. 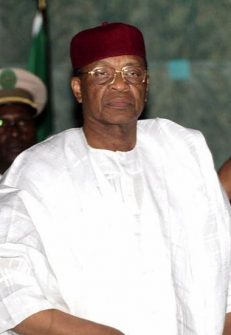 Niger became a presidential republic. Since 1999 it has a new constitution, launched in July 1999. Governments have changed between military dictatorships and transitional governments. The parliament was dissolved several times after coups of state close to each other. The last such coup occurred on 18 February 2010 at the expense of President Tandja Mamadou.
The election of April 2011 brought the current president, Mahamadou Issoufou. Interestingly, unlike other African countries which held elections in the past decade, there were no protests, challenging Issofou’s legitimacy after winning.
That said, Issofou was the target of an assassination attempt just a few months after becoming president.

To better understand the frenzy of rising international involvement – especially from the former colonial master of France – in Niger, note that the country has some of the richest uranium and diamond resources in the world. France’s nuclear energy and uranium mining giant corporation, Areva, extracts most of its uranium in Niger. But, China wants a piece of the ‘radioactive’ action as well. And Beijing and Paris have engaged in something of a local dispute over an area, rich in uranium resources in the northern desert. But, China has already secured exclusive access to a uranium mines in Azelik, beyond Areva’s reach. China plans to build at least 100 nuclear reactors over the next decade, which means appetite for Niger’s mineral wealth will increase. 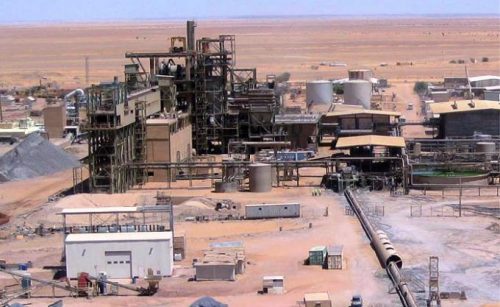 In some ways, given that the anarchy that began in 2011 has not shown any signs of producing stability in Libya, Niger has attracted more interest from oil companies, which would have otherwise preferred to explore Libyan fields. Niger started to produce oil since 2011 with the support of China’s ‘China National Petroleum Company’ (CNPC) at a rate of 20,000 barrels a day with potential to go as high as 80,000 barrels a day. Britain’s Savannah has also struck oil near the CNPC fields, while Algeria’s Sonatrach has also announced finding oil in northern Niger during recent field work Sonatrach, Africa’s largest oil company, holds complete rights over a large oil site just 100 kilometers from the Algeria-Niger border. The border region is very rich in hydrocarbons. Indeed, Niger has become a priority area for Sonatrach, as the compromised security situation in Libya has discouraged exploration in the Sahel (as well as Libya).
The oil discoveries suggest that Niger, already exploited for its mineral wealth will attract more attention from foreign powers, interested in securing the territory to facilitate exploration and production of resources. Controlling African migration from the Sahel is the other reason. It’s a combination that makes Niger one of the most ‘attractive’ magnets for world powers and large resource corporations. Expect the latter’s ‘realpolitik’ goals to be veiled in arguments of ‘solidarity’ and ‘humanitarian’ platitudes.
And, of course, over the past few years, American and European involvement has increased in Niger. Many were surprised to learn of this just a few months ago. On October 4, 2017, four American soldiers – along with five Nigerian ones – were killed in Niger. The Pentagon revealed that the United States has deployed some 800 troops to Niger after news of the episode broke. Less surprising was the catch-all culprit of choice blamed for the attack: ISIS.

That would be an obvious question. But, the official American position is that U.S. troops (800 of them) are in Niger to offer support for refueling, intelligence and surveillance. Asa footnote, US Defense Secretary James Mattis revealed that Americans are helping the locals learn how to defend themselves. In other words, there are American ground troops in Niger. In the weeks following the attack, more details emerged about the American ‘mission’ in Niger. Most of the personnel deployed there appears to be involved in operating drones and related air force reconnaissance from a rapidly growing base. Meanwhile, a smaller number of special forces troops are training and advising Nigerien troops on methods of combat to use against the alleged ISIS – or Al-Qaida in the Maghreb (AQIM) –  combatants that have penetrated the region. Indeed, the US special forces, even as they advise the Nigerien armed forces, are not the main ‘show’. 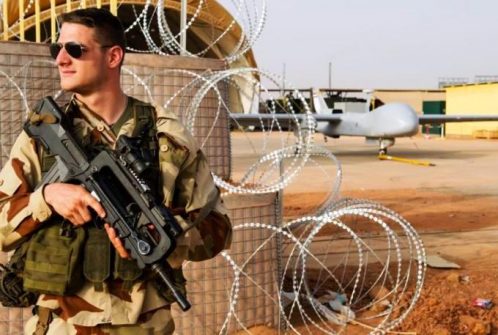 The ultimate American goal, operated directly from AFRICOM (US Africa Command) is to set up a larger and more permanent support base in Agadez, a famous town along the Tuareg routes linking the Sahel with the Sahara and Libya. The American publication Politico claims that there’s more to the American mission in Niger than the Pentagon has conceded. The U.S. appears to be setting up a veritable African base – and during the G.W. Bush years there was talk of setting up an AFRICOM command center in Niger – from where to launch surveillance missions all over North and West Africa, including Libya, where the United States for the ‘inevitable’ purpose of conducting counterterrorism operations. Not surprisingly, the US has used the promise of ‘training’ to gain access to Niger and set up a base from where to conduct a wider array of American strategic goals. Thus, many of the troops consist of construction crews, who are assembling another drone base in Niger’s northern desert. 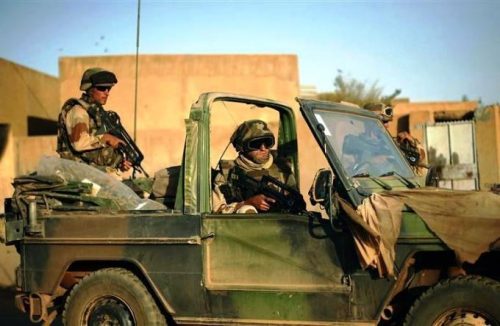 The current drone base is being managed from Niamey to continues assisting the French in Mali – and other countries in the region – to fight the various AQIM, ISIS and Boko Haram. The US has also positioned troops in Burkina Faso and Cameroon for similar purposes in a mission that has most of the Lake Chad Basin region under surveillance.
The American presence in Niger does not represent a whim for the current Trump administration. The deployment began under President Obama in 2013, presumably to help the already present French troops confront the instability and fallout from the collapse of the Qadhafi leadership in Libya and the AQIM takeover of northern Mali, Niger’s neighbor to the east. The French had intervened in neighboring Mali in 2012.  Other European countries, namely Germany and Italy, were supposed to have sent smaller support mission to Niger. But, as far as Italy’s role, there is confusion. France does not appear to welcome the Italian intervention, even if outgoing Prime Minister Gentiloni has addressed Parliament over this issue, confirming the deployment of 470 troops. The Italian mission would, based on official statements, help monitor terrorism and migration phenomena. Of the two, migration is the bigger pretext. And as with all forms of exterior it’s producing an interesting, and not so favorable, outcome. 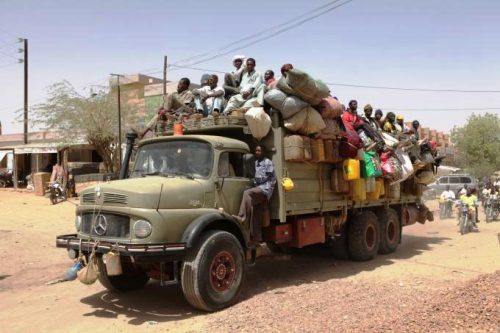 In 2015, under pressure from the EU, the government of Niger (and, note, Nigerien citizens are a small minority among the migrants who end up departing for Europe from Libyan shores – most of whom are Nigerian) has enacted Law 36. It specifically targets the illegal trafficking of migrants. The Law targets all who engage in facilitating migration – that is offer shelter and/or transportation for those on the move in inclement territory.
Yet, in Niger, where most are poor, and a tiny minority are ‘rich’, there are vast social asymmetries. Thus, Law 36 has exacerbated local tensions because many people live off activities that are ‘semi-legal’ or illegal. The Law has had some success in reducing the flow of migrants, but the economic repercussions for the ‘facilitators’ have caused internal tensions to rise.  In a country and a part of the world where institutional authorities and their decisions are part of a wider conspiracy of corruption and limited wealth concentration, instability ensues. Ironically, such instability is what then opens socio-political avenues to such groups as AQIM or others. If Niger has not become another Afghanistan – that is a massive failure of Western democracy exports – it could yet achieve that dubious status.