It was the conflict that broke out between Russia and Georgia in 2008 that challenged the balance of power imposed by the United States in the area of the Black Sea.

Georgia, after winning independence in 1991, adopted a pro-western stance with the aim of joining the North Atlantic Treaty. This induced Tbilisi to promote the transit of energy on its soil with terminals on its territory and in Turkey, excluding Russia and Armenia, its ally.
The political-economic options chosen by Georgia started to bear fruit in 1999, with the inauguration of the Baku-Supa oil pipeline that runs from the Caspian Sea to the Black Sea, thus ending Russian hegemony over the exportation of Caspian oil.
In the new international context, which came into being after 9/11, Georgia was of crucial interest for the US strategy of strategic and military redeployment in the Caucasian region, whose epilogue was the ‘Rose Revolution’ which brought about the fall of the elderly leader Shevardnadze. That ‘Revolution’ opened the path to a process of geopolitical change in the region – known as the ‘Colour Revolutions’ – pursued successfully in Ukraine, Kirghizstan and Moldova. 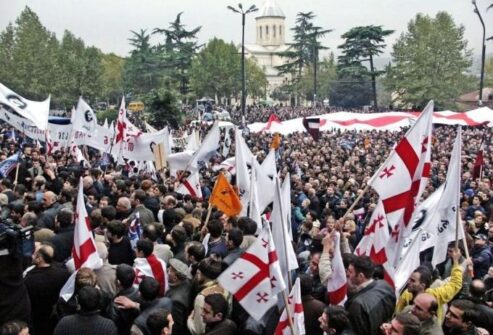 On November 23, 2003, Georgia’s Rose Revolution took place – a key event in the country’s modern history which defined the course of its development for many years.

The aim of the new government in Georgia was to regain the entire national territory by annexing the three separatist regions of South Ossetia, Abkhazia and Adjara, the only region Tbilisi succeeded in retaking peacefully since the spring of 2004, forcing the local president, Levan Abashidze, to seek refuge in Moscow.
To counteract Georgian claims on Abkhazia and South Ossetia, those in power in the two separatist regions – inhabited by non-Georgian populations – asked several times to be incorporated into the Russian Federation, but such an annexation of territories legally belonging to Georgia, was persistently rejected by Moscow, due especially to the severe repercussions, both internal and international, which an operation of its kind might have provoked at that time. However, the unilateral recognition of Kosovo by the United States, which took place in February 2008, provided Russia with the perfect excuse and the separatist regions with an example to be followed. 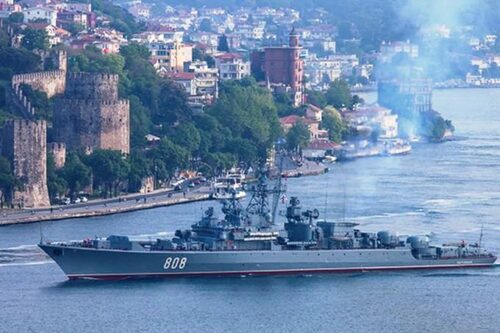 During those years, the USA tried to incorporate Georgia into NATO but the attempt failed during the Bucharest Summit in 2008 during which they succeeded in imposing their plans for the deployment of missiles in Eastern Europe and in obtaining the legitimisation by the Alliance of the bilateral accords with Poland and the Czech Republic, at the cost of expanding NATO to include the Ukraine and Georgia.
Russia was quick to take advantage of the situation and, following an airborne campaign launched by Georgia against Tskhinvali, the main city of South Ossetia, sent in the tanks.
The conflict ended with Russia taking control of Abkhazia and South Ossetia which put an end to the US strategy in the region that tended to make the Black Sea an exclusively NATO lake.  Moreover, Moscow directed in its favour the geopolitical upheavals of the following years, reinforcing its presence in the eastern Mediterranean, by keeping Assad in power, and also in the Black Sea after the annexation of Crimea. The latter move, carried out during the Ukraine crisis of 2014, allowed Russia to increase its military concentration in the area, stationing there a force of more than 32,000 men with sophisticated arms and naval vessels such as frigates and submarines of the Soviet Fleet in the Black Sea, armed with ‘Kalibr’ Cruise missiles. And also to assume control of the Kerch Strait on which it built an 18 Km bridge connecting Crimea to Russia. This has also reduced access to the Azov Sea, creating difficulties for the larger ships serving the ports of Ukraine.
This situation created considerable tension between the two states to add to that of November 2018 when the Russian navy intervened
and blocked three ships of the Ukraine navy, towed by a tug,
from crossing the Strait. 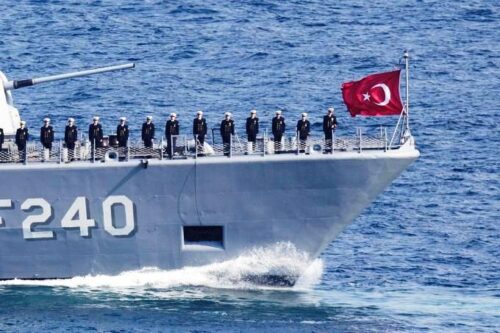 Turkey, meanwhile, was left alone in Syria by the western allies to face a complex situation within a situation so irregular as to render it impossible to emerge from. At the same time, as Moscow was increasing its influence in areas of undoubted strategic value such as those of the Black Sea and the Eastern Mediterranean, Turkey was forced to revise its geopolitical posture, to redefine its framework of alliances and, therefore, to come to an agreement with Russia and Iran to extricate itself from Syria.
It was this new balance of power, together with the business of Turkey including the attempted coup in July 2016 against Erdogan, that brought about the purchase by Turkey of the Russian S-400 land-air defence system with which Turkey intends to develop a hybrid system partly NATO, partly Russian and partly national. According to analysts, it would reflect its real geopolitical collocation: no longer totally coinciding with the vision of NATO but differentiated and with varied formations. 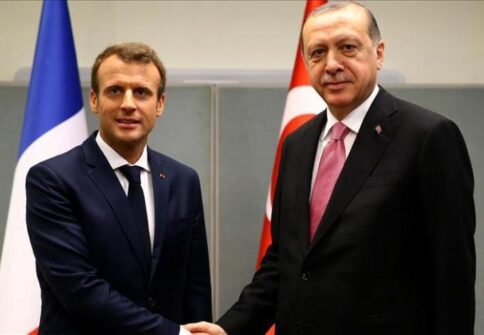 At the time of writing, we have heard that president Erdogan is said to have asked Macron, during a telephone call reconciling the two, to approve the sale of the Italo-French Samp/T missile system, an effective land-air system that could function as an effective alternative to the Russian S-400. The reasons for such a move may lie in Ankara doubts regarding the updating of Russian software or, more simply, in the desire of Erdogan to consolidate the ‘hybrid position’ and try to balance matters relative to Moscow. At the same time, the conflict between Armenia and Azerbaijan has again broken out, within which Ankara, with the support of the United States and Great Britain, is playing a leading role, promoting the despatch of combatants from Syria and of exponents of the Grey Wolves. There is no doubt that the outcome of the conflict will further define the balance of power in the entire area. (F.R.)