The presidential and parliament elections scheduled for the next 20 May are unlikely to put an end to the political crisis which is ongoing since 2015. On the contrary. 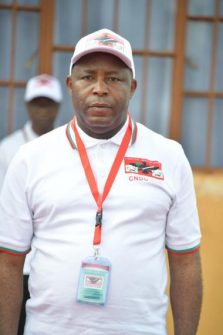 His election by a majority of 77% at the CNDD-FDD congress of end of January came as a surprise. Nkurunziza said in 2018 that he would not seek another mandate although he could have done so, since the constitution was amended to allow him to run for a fourth mandate. But everyone suspected him to restore the monarchy, while promoting one of his straw men, General Gervais Ndirakobuca, the head of the patron du Service National de Renseignements (SNR) as president, during a transition period.But the former SNR boss, Gen. Steve Ntakirutimana, the army chief of staff, Gen. Prime Niyongabo, and the former secretary general of the National Security Council, Gen Silas Ntigurirwa, had other plans and convinced congressmen that they should rather vote for Ndayishimiye. In fact congressmen were not given a choice to object since the building where the vote took place in Gitega, the new capital was surrounded by 3,000 soldiers. As a result of this setback for Nkurunziza, Gen Ndayishimeye is now the favourite. He is certainly less extravagant than the current President. Unlike Nkurunziza, who is a born-again Christian, celebrated as a prophet by the leader of the Rock Church, his wife, Denise Bucumi, the general, a roman catholic, does not claim to be the Envoy of God.
Yet, the general does not look more ready to compromise with the opposition..Since his appointement in 2016 as secretary general of the CNDD-FDD,  he has organised in Bujumbura demonstrations against Belgium and the UN because of their call to set up a commission of enquiry into human rights violations. A former guerrilla fighter in the war against the Tutsi-led army, he has served as Nkurunziza’s Minister of Interior and Security and as the Presidency military chief of staff. 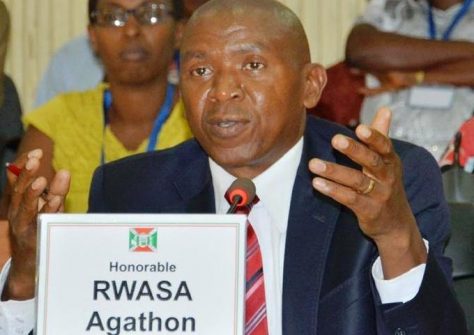 Ndayishimiye’s main challenger is the leader of the National Council of Liberation (CNL) opposition party, Agathon Rwasa, who led the National Forces of Liberation (FNL) guerilla   The leader of the Burundian Front for Democracy (Frodebu), Léonce Ngendakumana and a former member to this party, the ex-President Domitien Ndayizeye are also running alongside candidates of break-away parties, supported by the CNDD-FDD to weaken the opposition : Gaston Sindimwo from the Tutsi-led Uprona, Jacques Bigiramana from the FNL and Frodebu dissident Kefa Nibiza. None of them or the independent candidates Francis Rohero and Dieudonné Nahima stands a chance.
The challenge is to restore peace and stability in a country that has been deeply affected by the political crisis sparked in 2015 by Nkurunziza’s decision to run for a third mandate, in violation of the spirit of the constitution and of the Arusha peace agreement. The toll is very high. 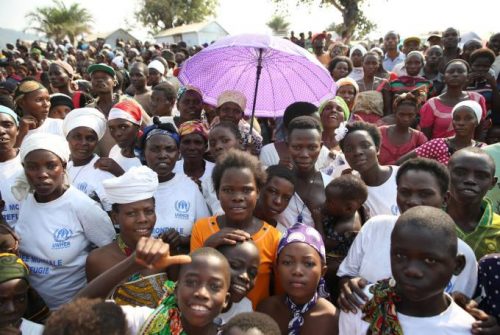 According to the International Criminal Court, since 2015, 1,200 people have died as a result of clashes between government forces and rebels and of the repression of protest marches. Over 400,000 people live in exile. The other challenge is to relaunch the economy which has been severely depressed with negative GDP growth rates in 2015 (-3.9%) and in 2016 (-0.6%) and with a sluggish rate of 0.5% for 2017 and 2018.  In 2019, official reserves did not cover one month of imports, two-thirds of the population live below the poverty line, and the youth unemployment is above 65%. Food security remains a major challenge while donors have considerably reduced their support.
Yet, the improvement of the political and business climates doest not look as the most likely scenario. Last September, the President of the Senate, Révérien Ndikuriyo dashed all hopes of free and fair elections, when he told the national radio RTNB that foreign observers were not welcome. And the inter-Burundian dialogue between the government and the opposition to end the crisis, led by the East African Community has stalled, because the lack of pressure from Uganda and Tanzania. Besides, Nkurunziza has also expelled foreign actors who could have plaid a mediation role. 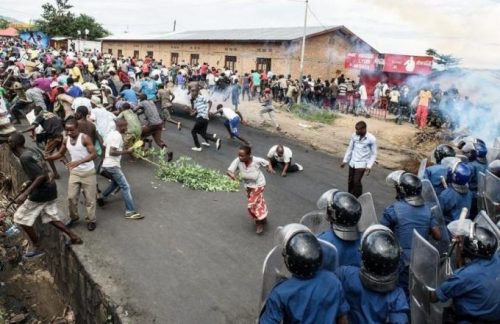 The Electoral Commission is fully in the hands of the ruling party. The coalition of forces of the Burundian opposition for the restoration of the Arusha Peace Agreement (CFOR Arusha) claims that a single party system has been restored. The government seems unwilling to give space to the opposition. Since February 2018, 80 offices of the main opposition party CNL were destroyed and 500 militants of this party are currently in jail.
The regime has embarked simultaneously on a dangerous campaign of ethnic hatred against the Tutsis in order to attract the support of members of the Hutu majority who have joined the opposition. SOS Burundi in a report published last January deplores that no prosecution have been undertaken against a journalist who is sending via Whatsapp anti-Tutis reports which remind of the ten commandments of the Hutu which were published in Rwanda before the genocide by the Kangura Hutu extremist paper. Moreover, Radio Izamba, set up by exiled journalists, has revealed that members of the Democratic Forces for the Liberation of Rwanda armed group, created by officers who participated to the 1994 genocide, have been recruited in Burundi’s Presidential guard or incorporated into the Imbonerakure militias. Besides, the new constitution has introduced changes which allow the parliament to adopt organic laws by a simple majority instead of a two thirds majority, which risk to marginalise completely the Tutsi minority.
Increasing divisions whithin the CNDD-FDD could also trigger violent reactions among the Imbonerakure militias which are increasingly incontrollable and influent. They have integrated all security forces and replaced them in rural areas. The CFOR-Arusha coalition warns about a risk of confrontation between Ndayishimirye and Nkurunziza whose plan is to become “mwami” (king). Accordingly, the general is unlikely to hand over his prerogatives after this election. But Nkurunziza who was reaffirmed as the party’s “eternal supreme guide” at the Congress is not willing to lose his influence. 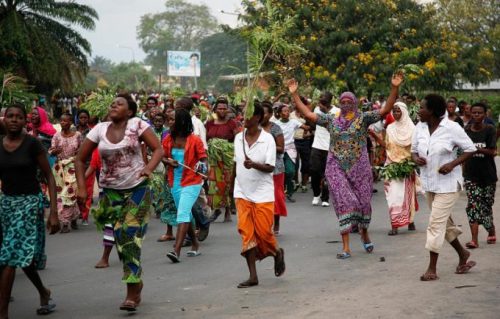 There are also fears that the last weeks of the campaign and another rigging of the elections may trigger new violences. This factor, added to the lack of perspectives of improvement of the situation and the on-going repression may incite more young Burundians to join the guerrilla groups, which are active at the country borders. In October, RED-Tabara rebels who are based in Eastern Congo claimed responsibility for an attack in North-Western Burundi which was the beginning of the “resistance”, allegedly. In November 2019, eight Burundian soldiers were killed in an ambush in the North-Western of Burundi by guerrillas quipped with bullet-proof vests and night googles and withdrew to Rwanda after the attack, say Burundian army sources.
On the 22 February, the Burundian army reported another rebel attack in the Bujumbura rural area and said it killed 22 “wrongdoers”.  But the CNL says this was a masquerade used to justify a wave of arrests of its members. These arrests seem to fit into a plan to create “a climate of fear and intimidation of all persons who do not support the ruling party, which has been exposed by the UN’s Commission of Inquiry on Burundi.