Moscow began to take its first steps in the African context during the “Soviet period”.

Since it had no colonial networks, it relied upon Marxist-Leninist doctrine to give ideological support to the emancipation of Africans from the yoke of colonialism and upon military means to provide them with arms and organise them militarily. Such a strategy allowed the USSR to penetrate the interior of the continent starting, during the sixties and seventies, from the area of North Africa and the Maghreb from where it progressively spread, gaining considerable influence in Central and Southern Africa. 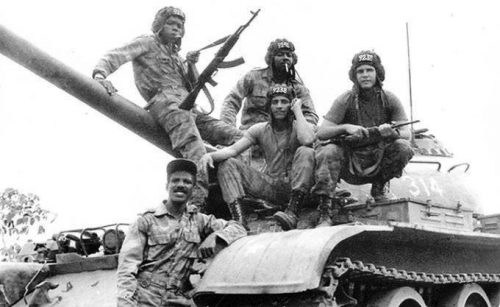 With the end the Cold war and the closure of the Soviet era and its consequences for the present-day Russian Federation, the Africa partnership came to an abrupt halt. Russia had lost the role it once had as a global power.
Since 2000 and the first presidency of Vladimir Putin, Moscow’s involvement in Africa has found new vigour, benefitting from the internal and international process of the re-launching of Russia.
The bilateral approach has been the one preferred by Russia to establish accords of strategic partnership, accords by which cooperation with signatory states is promoted in all fields and contemporaneously in the political, economic, social and cultural ambits. These agreements are generally concluded after a series of regular political consultations and are aimed at creating a close network of alliances with individual states for the purpose of increasing Russian influence on an international scale. To better understand the concrete manifestation of these accords, it is sufficient to examine those under way in Northern Africa: Morocco (where the 2015 partnership agreement created the conditions for the development of cooperation defined as “reinforced”); Algeria (where the “Declaration of Strategic Partnership” goes back to 2011); Tunisia (where in 2015 the launching of a strategic partnership was agreed); Egypt (2015). These form the basis for the numerous accords of sectorial cooperation, including economic and commercial agreements with particular attention to the agricultural-food sector which constitutes an important element in relations with the states of North Africa. 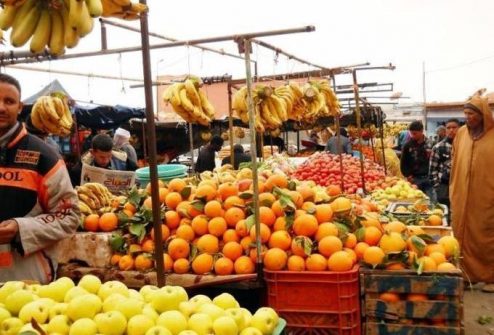 The value of the plans for boosting agricultural cooperation agreed with Egypt (2015) and the organisation of special “Green Corridors” begun with Morocco and Tunisia (2016) consists in facilitating the importation by Russia of agricultural products from those countries. This choice was made also to counter the restrictive measures imposed by western countries followed by a prohibition decreed by Moscow against the importation of a vast array of agricultural products from the European Union. As a result of this policy, the Russian federation began a programme of substitution of imports with the aim of purchasing products coming from countries unaffected by the ban. With the commercial agreement signed with Egypt in 2015, Russia opened up the possibility of extending it to the entire Eurasian Economic Union (EAEU).
Trade and investment between Russia and Africa witnessed growth of 185% between 2005 and 2015. Currently, Russia’s trade with Africa is less than $12bn.
In perspective, Africa’s large population, forecast to grow to 2.4bn by 2050 and more than 4bn by 2100, provides a massive market for Russian goods and services. The fact that the middle class is growing by leaps and bounds in Africa, makes this market even more attractive to Russian businesses. 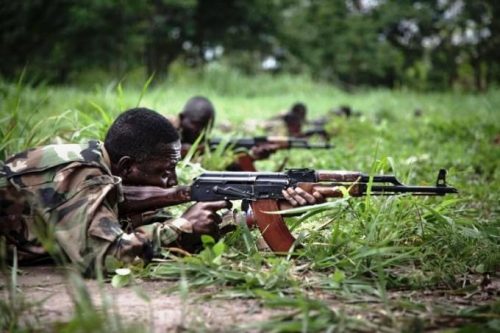 As well as the exchange of goods in the food sector, there is also that concerned with the arms sector which, it is certain, constitutes a very important element for North African states. Important supplies of arms were made to Algeria (2015/2016), Tunisia (including information technology and instruments for the fight against terrorism, 2016), and Egypt (with which an accord was reached for a shared programme for the modernisation of the Egyptian armaments industry 2015). Egypt is Russia’s best partner in this sense: from 1990 up to today, the two countries have signed around thirty military agreements by which Moscow has also supplied Cairo with ground-to-air missiles and the associated technology. To this we may add that in recent years Russia and Egypt carried out joint military exercises both naval (June 2015) and land (October 2016). In particular, in 2015 the two governments began an assessment of the possibility of granting Russia permission for a military naval base at Sidi Barrani, on the border with Libya.
In October 2017, Cairo finalised negotiations with Moscow to build Egypt’s first nuclear power plant.
Russia signed at least 19 military co-operation deals with governments in sub-Saharan Africa since 2014, when it came under Western sanctions for annexing Crimea and stepped up efforts to diversify economic and diplomatic partnerships. The agreements are typically valid for five years and renewable and include Russian promises of hardware and training as well as co-ordination in areas such as counter-terrorism and piracy. 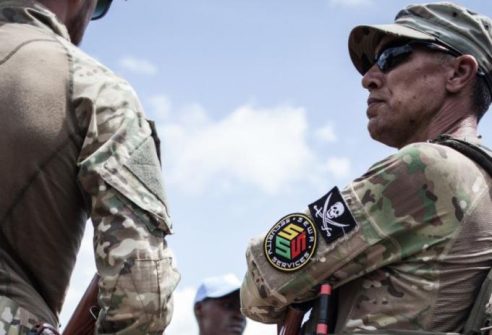 Recently, Russia has set foot in the Central African Republic (CAR), which since 2013 has been struggling to contain an ethnic and religious conflict. Moscow sent weapons and around 1,000 private military contractors. Russia also entered into negotiations with militias in CAR to discuss disarmament and distribution of natural resources revenue.
Moreover, Russia is negotiating with Somaliland for a naval base. It will be Russia’s first base in Africa since the Cold War. The location of the base is outside Zeila city. The base is expected to be home to two destroyer-sized ships, four frigate-class ships, two large submarine pens, two airstrips that can host up to six heavy aircraft and 15 fighter jets. In return for being allowed to establish the base, Russia will recognise the Republic of Somaliland. (F.R.)