The shooting has stopped in Aleppo. The city is totally destroyed.  The difficult process of reconstruction. The traumas of the children. The Church is involved helping people.

“The children have felt the effects of this absurd war. Every day there is death and destruction before their eyes.
They sleep very little at night. They still hear in their minds the sounds of weapons and bombs”. Janmour has two children, Joyce and Cynthia.
They live in Aleppo. She is worried about her children who have grown up surrounded by fear and terror. 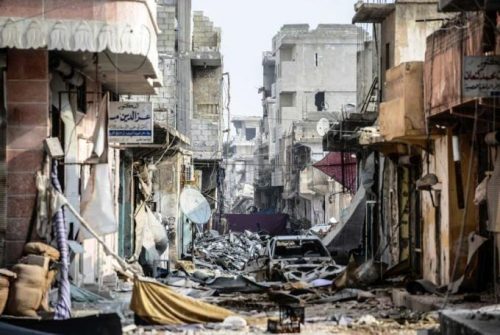 Their infancy has been stolen from these children of Aleppo, compelled for years of violence and heavy shelling to play among the piles of rubble in the roads or inside gutted houses and buildings. “Some of them would pass the time amusing themselves with the macabre game of identifying a missile, a shell or an burst of gunfire from the sound of the living horror a few metres away”, Sister Annie Demerjian, a member of the Order of the Sisters of Jesus and Mary, tells us. She has spent the recent years among the civilians of Aleppo, treating the sick and assisting families in difficulty.Today the sound of exploding bombs and mortars are no longer heard: the armed clashes between rival factions have ceased but six years and several months of siege have brought the city to its knees. The metropolis chosen by the ancient world as the essential meeting point of the races, religions, cultures and trade of Europe and Asia lies prostrate under the weight of its own wounds. 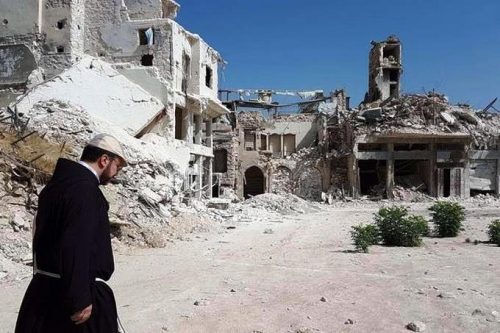 The Old City, the patrimony of UNESCO, where riches mixed with fables and poetry, has been severely damaged. The Great Omayyade Mosque, one of the oldest and most revered temples of Islam, is in ruins, devoid even of its minaret.
Franciscan Father Firas Lutfi is responsible for the Terra Sancta Collage of Aleppo. “Electricity and water supplies are unreliable and it is difficult to heat the houses as the winters are quite harsh here with temperatures close to zero”. Sister Annie Demerjian agrees: “The fighting is over but now there is a different battle to be fought: that of survival, of coming back to life. Every family in Aleppo has its own story and its own wounds”. In Aleppo the Franciscans assist the population in every way possible, starting with the distribution of food parcels. The Franciscan father is also charged with training 150 catechists who teach two thousand children: “When life becomes hard, it is then that we must exercise our spirits and look upwards. Faith gives us courage. We respond to the desolation and suffering by giving witness of the joy that has changed our lives”. 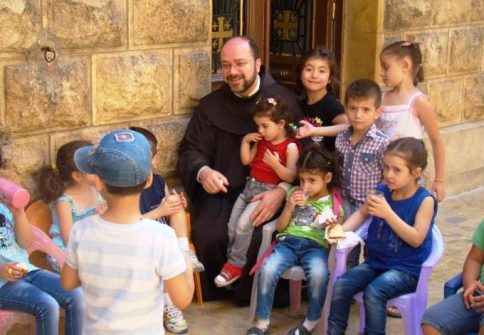 Father Ibrahim is parish priest of the Latin Rite parish of St Francis of Assisi, Aleppo. The parish community is involved in various initiatives: reconstruction projects, cleaning the streets, helping small businesses as well as education and training projects, to open the way to a future of peace and hope in this martyr city.
Father Ibrahim comments: “The years of conflict have left deep scars in hearts and spirits. People have been psychologically broken. With reference to the youth, we may say that we are faced with a lost generation with many symptoms of psychological trauma and many wounds, violent in their words and gestures and with strong resistance to any initiative of education or training. We decided to launch some projects to assist and accompany the children, especially the more vulnerable, with three or four hours of evening classes within the school itself, together with medical and psychological care”. 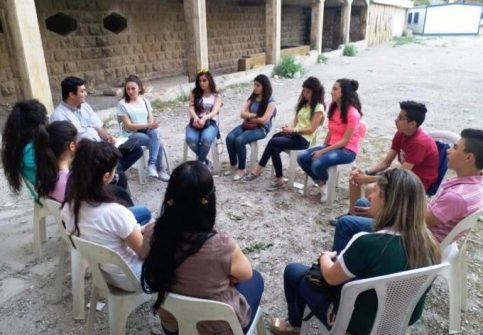 Salesian Father Pier Jabloyan has just celebrated Christmas with the youth and the families of the Don Bosco Oratory of Aleppo, frequented by almost a thousand children. As he spoke to us he remembered how, a year ago, “we celebrated the midnight mass at four in the afternoon because any later it would have been impossible for the faithful to leave their homes. People were afraid: nowhere in the city was safe. Today we look to the future with a different outlook. Living conditions are slowly improving; water and electricity are again available, even if only for a few hours a day”. Father Jabloyan adds; “People want to restore relations. Some Moslem families greet us when we meet and it is not just a formality”. In this festive season, some small decorations can be seen in some streets of the city. This Christmas time is hard to describe: “On the one hand there is great hope that makes us look to the future; on the other there is the pain caused by the atrocities and the many lives lost”, says the Salesian priest.  Innocent lives were lost like that of twelve-year-old Salloum who was killed on his way to the parish oratory.
Even in the most difficult times the Salesians kept hope alive. “When we realised that the war would last a long time, we thought that the oratory would be the only way to provide some normality to the children while there was nothing else left”. 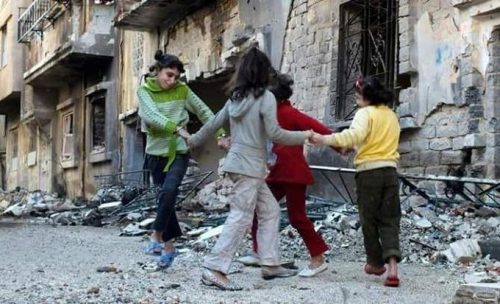 One of the more courageous initiatives has been that of evening classes for seventy children with the help of about ten university students. “When there is no water or electricity and food is scarce, it is not easy to think of going to school. But Don Bosco teaches us that schooling means having a future. We therefore decided to open up some rooms at the oratory where we provided food and lessons. At this moment, such things are essential. Many schools have been destroyed or are being used by homeless people. Some of our classes have more than fifty children. The demand for education is enormous”. Half of the civilian hospitals have been reduced to rubble and many medicines are in short supply. At least 80% of the doctors have left the country.
Doctor George Theodory, one of the few who remained, is in charge of Saint Louis Hospital. Working at his side are the six Sisters of St Joseph of the Apparition who, during the war, kept the hospital going, comments: “We have to work without essential drugs and equipment. The endless power-outs rendered useless the little functioning equipment we have. But we carry on. We have to keep hope alive in the people who come to us and believe in us”.
Factories and workshops at the heart of local industry have been left in ruins. One result of the war is that in the most industrious, enterprising and mercantile city of Syria, with a renowned workforce and well able to attract investment, there is absolutely nothing to be found.
Rifat  Kouri, an entrepreneur: “Formerly, most things were made here and Aleppo supplied the whole country but now everything has to be brought in from outside. All the machinery has been stolen from the factories. We now have to start again with the little we have”.
Father Firas Lutfi concludes: “Aleppo is less and less in the news. The news cameras are focussed elsewhere. However, we believe that the great challenge has begun right now. Our aim is to continue with the rehabilitation of the children, medical care, the recommencement of commercial activities and the reconstruction of the houses. We can do it. The years of suffering have made us stronger”. (F.L.)