Forests are rapidly vanishing in Zambia. The country’s rate of depletion of this natural resource is extremely high. The government is looking for new lines of approach and action to stop the human roots of this ecological crisis.

Approximately 65% of Zambia’s total land area is covered by forests. The country boasts of a great variety of trees, among which the famous Mukula tree. The mandate of the Forestry Department, under the Ministry of Lands, Natural Resources and Environmental Protection, is to enforce national regulations related to the use and harvesting of forest resources on state and customary lands. Yet, forests are rapidly vanishing. Zambia’s deforestation rate is the highest in Africa and fifth globally, with an average loss of between 250,000.and 300,000 hectares of forest every year. 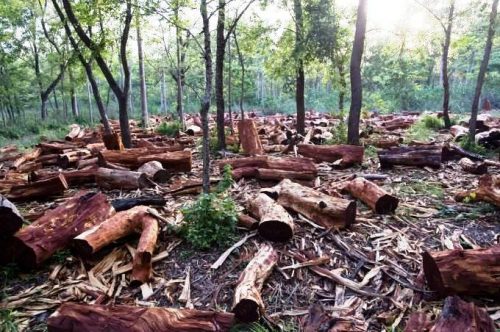 In January 2017, President Edgar Lungu revealed that the country lost an average 276, 021 hectares of forests per year between 2000 and 2014 due to deforestation.
This is partly due to exceptionally high poverty rate in Zambia: 85% of the population live on less than US$ 2 per day. This means expansion of inefficient subsistence agriculture into forestland to feed rapidly growing population.A second main cause of deforestation is the high demand for charcoal as a cheap source of energy for household cooking needs in cities, leading to steep rates of illegal and destructive tree cutting. Following the intensive energy crisis of 2015, which resulted in the worst kind of load shedding (regularly reducing the amount of electricity sent out by power stations), not only the economic and industrial activity has fallen, and the agriculture is in bad shape, but also the life of common people has become problematic.
Due to these power cuts, the country has witnessed massive cutting of trees to produce charcoal as a source of energy. Due to the extent of the scourge, the country has experienced considerable deforestation and devastation of trees beneficial to the ecosystem.

Trees have maintained the country for many years and livelihoods have been nurtured by them. Trees have played a pivotal role in protecting the soils for agriculture purposes. Over the last decades, however, Zambia has been promoting the diversification of the economy, and agriculture has been cited as key in diversifying the economy. Unfortunately, when this happens, forests `tremble: To stop deforestation, Zambia must intensify efforts to protect its forests. 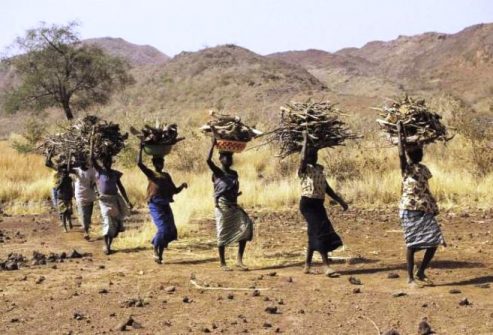 After experiencing a number of climatic hazards over several decades (drought, seasonal floods and flush floods, extreme temperatures and dry spells), which had adversely impacted on food and water security, water quality, energy and the sustainable livelihoods of rural communities, Zambia developed its National Adaptation Programme of Action (NAPA) on Climate Change in 2007, by evaluating the impacts of climate change on the relevant sectors. NAPA includes promoting natural restoration of indigenous forests and managing critical habitats.
The government has taken on an ecological approach to holistically address the challenges of deforestation and forest degradation at the crisis level. The method aims at addressing the `drivers of deforestation’, while supporting actions that may improve the livelihoods of local communities.

Zambia is one of the developing countries piloting the Reducing Emissions from Deforestation and forest Degradation (REDD) programme. It will be implementing an Investment Plan on improved agricultural practices whose hallmarks include: forest safeguarding and management, sustainable management and utilisation of forest resources, and capacity development. 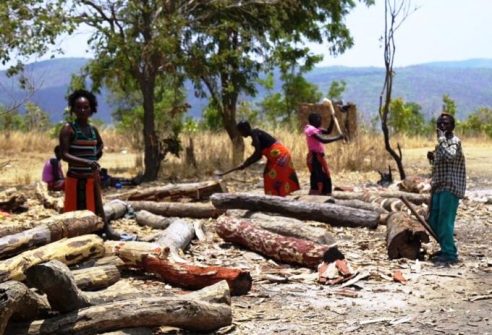 With the development of Zambia’s first Climate Change Gender Action Plan (ccGAP), launched in January 2016, the government will endeavour to take action on women’s leadership in the context of climate change. Without similar plans in place, a country’s climate change policy and planning is often gender blind. Instead, the Zambian plan will ensure that both women and men are involved in climate change initiatives. After all, charcoal burning involves both men and women as agents of the vice. Hence, the involvement of both in developing alternative sources of energy is cardinal.
People are already using some of the suggested alternative methods of energy: animal waste as fuel; wood chip stoves which use only twigs; briquettes made of animal waste and other material. Solar energy is also now being used increasingly as an alternative to firewood or charcoal.

The Zambia Environmental Management Agency (ZEMA) – an independent environmental regulatory agency with the mandate to protect the environment and control pollution, so as to provide for the health and welfare of persons, animals, plants and the environment – has waged war on indiscriminate cutting of trees by punishing offenders.
It is hoped that this war will yield the desired fruits in ending deforestation in Zambia. 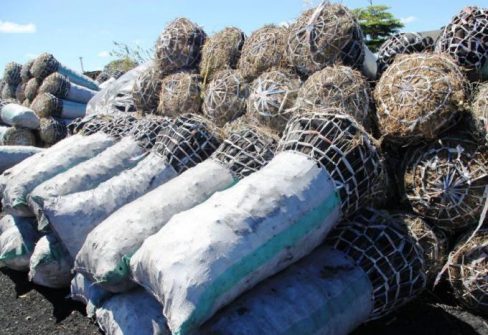 Several other methods are being popularised in various communities where charcoal burning is common, including cities where people have been affected by the effects of load shedding.
Zambia Electricity Supply Corporation (ZESCO) has also reduced the number of load shedding hours from 8 to about 2, or even less. This has reduced the demand for charcoal in people’s households.
A national tree planting day was launched in 2013 in Zambia. The aim is to plant 2,000 hectares of exotic tree plantations, as well as community woodlots, in each of the 10 provinces.  Every year, schools, churches, and government agencies are involved in this activity. Children in schools are being taught the importance of trees and the need to preserve them. 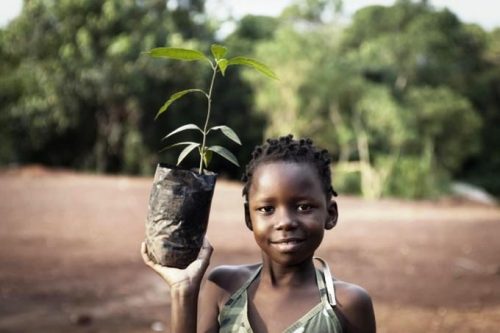 Stopping deforestation entails that people whose lives were sustained by burning charcoal be empowered with other sources of income.
Zambia has embarked on a robust campaign to encourage people to venture into agriculture and the Ministry of Finance has seen an increased budgetary allocation to Social Cash Transfers, targeting vulnerable people in rural areas whose income is mainly charcoal burning. Alternative means of agriculture are being encouraged, in particular the practice of Sustainable Organic Agriculture.
Education is key to the success of any programme. Civil society organisations, governmental and non-governmental organisations, and even some international bodies, have embarked on educating people, especially in the rural communities, on the need to preserve trees.