Now popular in many countries, African wax cloth owes its creative and commercial success to the fact that it is not tied to any particular African culture. It must guard against Chinese imitations and violations of copyright.  French anthropologist, Anne Grosfilley, an expert in African materials, recounts the history of this cloth.

When we speak of African material, the first image that comes to mind is that of wax cloth fabric: the cotton material printed using wax in fantastic colours, borrowed with increasing frequency by Western fashion designers. However, African wax cloth is not, in fact, African: it originated in Indonesia and was produced in Europe and, it was only in the late eighteen hundreds that it was brought to the former Gold Coast, Ghana. From there it spread rapidly throughout the continent, becoming a symbol of Africa. 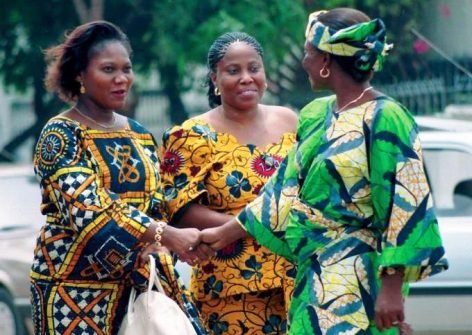 This all began at the start of the nineteenth century when the Dutch based in Indonesia decided to organise the industrial production of the Javanese batik aimed at the local market. At first sight, it seemed a useless enterprise like selling ice to the Eskimos. In fact, the British had already done something similar in India, and with success.
However, the operation took longer than expected and when the new wax cloth fabric came on the market it was no longer competitive, due in part to the fact that local artisans had themselves mechanised and speeded up the printing process. So as to have something to show for their investment, the Dutch had to find a new market.
After a long search, they found it in Africa, thanks to the help of a Scottish merchant. Ebenezer Brown Fleming had contacts in the Gold Coast and knew that missionaries had just introduced the sewing machine there which was not suitable for the heavy locally produced cloth but needed lighter material. 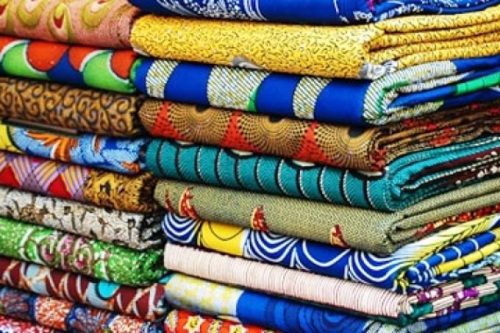 The first consignments reached the Gulf of Guinea in 1895. For the Africans, it was love at first sight. The product spread throughout western and central Africa, thanks also to the legendary Nana Benz, the women sellers who, with their genius and creativity, found a name for each type of cloth.
By wearing a particular sort of cloth, one makes a certain statement: a preference, a membership, a quality, an aspiration or even an idiosyncrasy. One might also emphasise or celebrate a public event: the visit of a head of state, the victory of a candidate or a religious feast.

Such an articulated and transcultural development suggests, in the view of French anthropologist Grosfilley, the suspension of the debate as to the African-ness of wax cloth fabric. We agree that it is not a traditional cloth but it has become “a symbol of the encounter of cultures and an element of Pan African unity”. This is due to a process of cultural appropriation that has had a profound impact on the planning of designs and management choices, favouring the birth of a local textile industry. “In the sixties ‒ the anthropologist continues ‒ most African countries had textile factories that produced wax cloth imitations. Now, almost all those companies have closed down. The reason? 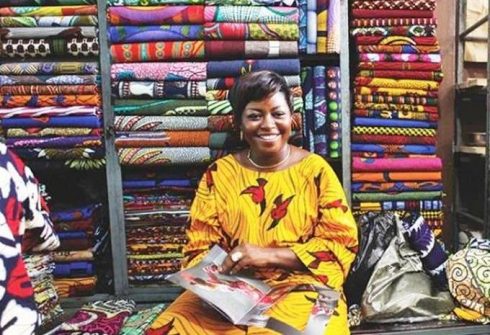 Chinese dumping that brought to the market products that were apparently identical to the wax cloth originals but at prices six or seven times lower”. This also worries the large European producers: the Dutch Vlisco and the British ABC Company. Both have branches in Africa: Akosombo in Ghana (a subsidiary of the ABC Company) and GTP and Uniwax, in Ghana and in Gold Coast, founded by Vlisco. Incidentally, the cultural policy of Vlisco which is making large worldwide investments to promote and sustain the image of ‘its own’ wax cloth seems really to be a constructive defence of its territory.
We asked if the Asian production represented a threat. “From the point of view of the African consumer, probably no – the French anthropologist answered – but this is not the only consideration. The reproduction of designs often constitutes a violation of intellectual rights and poses another sort of ethical problem concerning respect for the environment and the working conditions of those employed in the textile mills. Vlisco has to respect European factory standards but the Chinese do not. It must also be noted that the African textile factories also suffer from this competition. In Africa there are original cloths of great beauty (kente and bogolan, for example).

Why are none of these as popular as wax cloth?

It may seem paradoxical but it is because it comes from abroad and is not anchored in any particular African culture that wax cloth has acquired its Pan African dimensions and its popularity. Bogolan is associated, as kente is, with Ghana, but all Africans have a ‘connection’ with wax cloth. It has become a unifying material in the diasporas, among African descendants. Furthermore, unlike traditional fabrics which have a sacred or codified dimension, wax cloth always constitutes a profane entity, so to speak. Anyone may interpret, modify or use it as they wish, without their creativity becoming heresy. 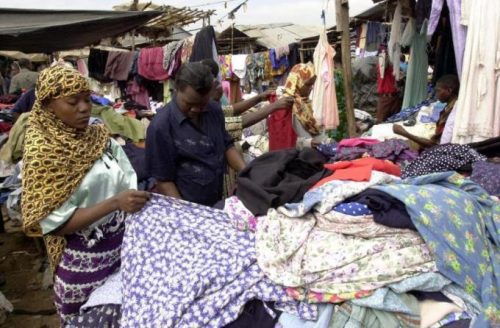 In Tanzania and in eastern Africa the kanga is very widespread; it is similar to wax cloth but is not wax cloth…

The history of kanga is similar, from the point of view of production, to that of wax cloth. It is no accident that this is to be found in the Vlisco archives. There are also differences. Kanga reflects strong influence in style and aesthetics deriving from the Indian Ocean and portrays proverbs printed on the cloth during factory production. The names of the kanga are predefined and are connected to the proverbs while those of the wax cloth are still newly invented every time by the sellers.

Today, fashion is looking attentively towards Africa and wax cloth. Is this good?

When a famous house like those of Louis Vuitton, Junya Watanabe, Jean-Paul Gaultier or Agnes b, uses wax cloth, it is a consecration. It is its recognition as a luxury product. However, it is important that the choice of Tanzanian wax cloth goes together with the ‘made in Africa’ choice. The fashion industry is a field of art but also an economic power. If Africa becomes fashionable but this brings no economic benefit to Africa, the sensation of robbery and confiscation will be unavoidable.