U.S. citizens possess at least 265 million of firearms with an average of 88 weapons to every 100 inhabitants, the highest in the world. The role of the powerful US gun lobby NRA (National Rifle Association).

The second amendment to the Constitution of the United States of America establishes the fundamental right of citizens to hold firearms in order to guarantee security in a free state. This right is recognised as equal to the right to vote and the right to freedom of expression. According to a study by the Pew Research Centre, 74 percent of gun owners believe this right is an essential component of their personal freedom: the restriction on gun ownership is seen as a violation of the right to self-defence and a limitation of individual freedom. This conviction, however, clashes with the moral sense when we reflect on what is the limit of our actions: we are free in terms in which our actions do not harm others or affect their freedom. There is therefore a conflict between the right to possession of firearms and their potential to threaten the supreme right to life of every human being. This dissonance is in fact the basis of the debates on gun ownership regulation, which regularly follow the news of each mass shooting in USA. 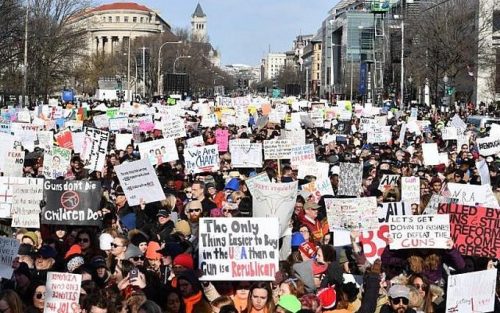 Eighteen shootings already took place in US schools in the first three months of 2018. ‘Everytown for Gun Safety‘, a gun control advocacy group, had recorded 17 school shootings on their website prior to the shooting in Parkland, Florida. Since the beginning of this year alone, there have been three shootings at different schools in Texas, two in different California schools and two in different Michigan schools, according to ‘Everytown’s’ data. There are ten other States that had at least one shooting. In eight of the 17 school shootings recorded by ‘Everytown’, a gun was fired but no one was injured. Two of the shootings were classified as being attempted or completed suicides with no intent to injure another person.

Possession of the weapons

According to some surveys, Americans own an estimated 265 million guns with an average of 88 weapons to every 100 inhabitants, the highest in the world. Four out of ten U.S. citizens claim to own a firearm or live in a house where at least one is present. It is therefore estimated that 30 percent of U.S. citizens are owners of a weapon and that about two thirds of the owners have more than one (3 out of 10 possess even 5 or more weapons). 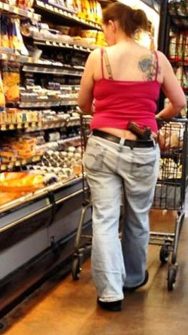 The most common reason given for gun ownership is personal security: 67percent of gun owners say that having a gun makes them feel safer and this percentage is significantly higher among those living in the cities and in the urban suburbs than among those who live in the countryside. The growing sense of insecurity seems to be one of the main reasons for the purchase of weapons but… can a gun make us feel safer? According to the data provided by the FBI in the 2016 annual report (Uniform Crime Report), the crime rate in the US had been decreasing since 1990. The rate of violent crime (including four offences: murder, culpable homicide, rape and armed robbery) fell by 48 percent (from 747.1 crimes to 386.3 every 100,000 inhabitants). It is interesting to note, however, that the perception of citizens is not aligned with the data: in fact, about 6 out of 10 Americans stated that every year (from 1996 to 2016) they perceived that national criminality was on the rise compared to that of the previous year, (only a minority referred to the local criminality). Gun deaths are approximately 30,000 per year in the US (including murders and suicides). 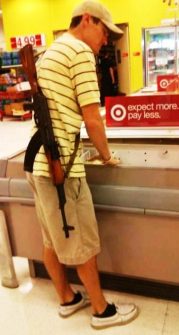 About half of the Americans believe that the violence caused by the possession of weapons is a problem. And when they are asked why so many Americans own a gun, 86 percent answer ‘because guns are easy to get illegally’, while 60 percent say ‘because guns are easy to get legally’. The only real difficulty in trying to buy a gun is being under the age 18. In fact gun laws in the United States require that citizens must be at least 18 years of age to purchase rifles or carbines, and 21 of age to buy a gun, but no kind of gun licence is required (only 14 States out of 50 require a special permit). Gun background checks should be implemented by licensed gun sellers to prevent anyone who has been charged with violent offences or who has been declared mentally unstable from obtaining a weapon. However, these checks often turn out to be ineffective because databases are not updated continuously in the several states. However, while licensed firearms dealers are required by federal law to conduct background checks on prospective buyers, private (unlicensed) sellers are not. Some states require background checks for private sales, usually through a licensed intermediary, but others have few to no regulations on private gun sales. Many people can get a gun without a background check, at gun shows, and their purchase cannot be traced. Besides, people can also buy weapons or firearm parts on line.
It appears that the 10 largest US arms manufacturers have a turnover of about $8 billion per year and many of their managers are members of the ‘Golden Ring of Freedom’, the exclusive NRA Club which is reserved for those who have made gifts of $1 million or more to the NRA. When it comes to the regulation of gun license in the US, it is inevitable to mention the role of the NRA (National Rifle Association), the American non-profit organization that advocates for gun rights. This powerful gun lobby has financed several commercials in favour of the right to self-defence and gun license, and it has also supported politicians who defended these rights in their electoral campaigns. The NRA donated $30 million to Donald Trump’s presidential campaign. 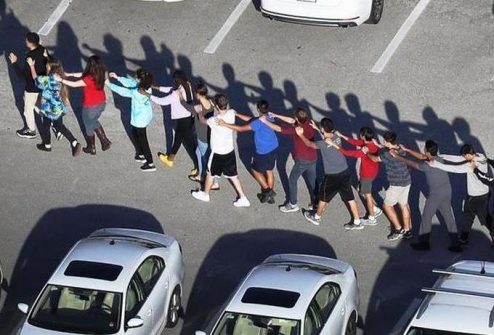 Last 14 February, the shooting in Marjory Stoneman Douglas High School (Florida), where a 19-year-old boy killed 17 of his peers with an AR-15 (a semiautomatic rifle), reopened a heated debate that led the governor of Florida to sign a law that raised the age limit for gun purchases from 18 to 21 in the State. Following the deadly school shooting, lawmakers in Florida also proposed a voluntary program to arm school staff, including teachers, trained by law enforcement to carry concealed weapons on campus. Are these the appropriate measures to take in order to ensure security? What seems to emerge is: while owning a gun makes feel many Americans safer, on the other hand, the feeling of global security in the population does not seem to have increased in recent years despite the reduction of the crime rate. The question that arises is therefore, whether, owning a weapon or not is an essential component of the sense of security and individual freedom or if the ownership of a gun and its easy purchase only facilitate people to express, by violence, their frustration, anger and social discomfort. Understanding the real reasons that cause social malaise and adopting the appropriate measures to cure and overcome it, would be helpful in order to avoid further tragic events.