When a child is born among the Lugbara people in the north-western part of Uganda a special ceremony called Cikiri is performed.
The name-giving always has a special meaning for the family
and for the clan.

Among many Ugandan tribes, marriage is always considered successful when the couples have borne children; a marriage without children will never last and the woman is always blamed for not having children.
The Lugbara community in the north-western part of Uganda is no exception; they say children are a blessing and pride in a marriage. When a child is born, before a name is given to the child, there is always a ritual known as cikiri (the name-giving ceremony) that is performed.
Cikiri is a Lugbara name for cow peas. During the naming ceremony, Cikiri is the main dish to honor the ceremony. It’s cooked with sesame paste in a traditional way, a cock or goat is also slaughtered and cooked depending on the financial means of a particular family. A local alcoholic drink is also brewed to accompany the food at the ceremony. 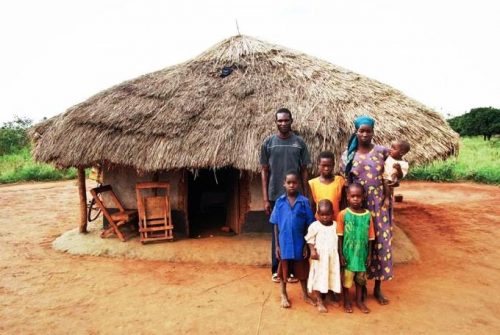 This is an old tradition among the Lugbara and the ceremony is supposed to take place as soon as the family decide to give a name to the child. The tradition states that, once a woman gives birth to a baby boy, she stays indoors for three days and if it is a baby girl, she stays indoors for four days, after which she can come out and it’s at this time that the cikiri ceremony is performed.
During the same ceremony, the stump of tissue-remains that is attached to the baby’s belly after the umbilical cord is cut should have fallen off. This is because it is supposed to be buried on the father’s property, particularly should it be around the compound of the baby’s father. If it is buried in another man’s compound, then that means the child belongs to the other man. This happens because later in life, one is asked where their stump (umbilical cord) was buried for identification. 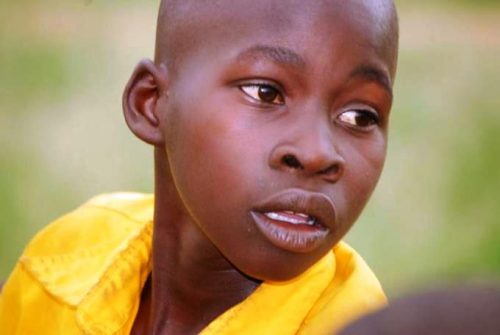 The Lugbara names given to children all come with meanings; they are attached to certain situations or are given according to the circumstances the parents, family or clan are going through. Some children are named depending on the situation and circumstance at the time the child was born.
For example, Abiria and Abiriga, girl and boy-child respectively, is a child born during famine. When a woman takes a long time to deliver after marriage, her first born will be named Ondoma or Onduru depending on the sex of the child. Chandia and Chandiru are names given to babies when the family is going through a difficult situation. Alioma/ Alioru and Alio are names given to mean there is poverty in the family or in the family the man is from. 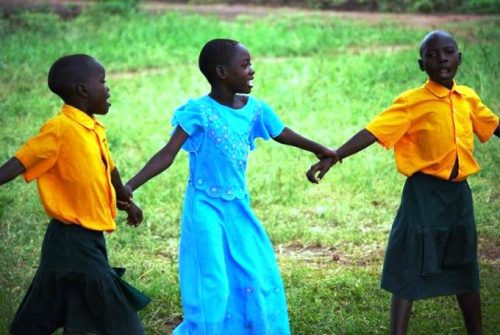 Today these names are not common among the Lugbaras because they believe that such names usually turn into curses for the children at some point in life, so they prefer names that bring joy, love and blessings. Many children today are being names Leta (Love) and Aikoru (Joy/Happiness).The first born girl-child among the Lugbara is a disappointment because they believe girls are visitors who will go away at one point in time when they get married.When the cock is slaughtered, the blood is sprinkled on the parents of the newly born baby while they are praying for blessings to have many children, but rejecting  twins, because they never believe that having twins is a blessing. The Lugbaras believe that having twins is a curse to the family and clan and they are never happy to have them.
It is believed that in the olden days, twin babies were abandoned or thrown away but today, with the coming of Christianity, they are not thrown away any more. Unlike many tribes in Uganda, the Lugbara are liberal when it comes to giving names to their babies. The new born’s mother is allowed to give a name as long as the elders agree to it. 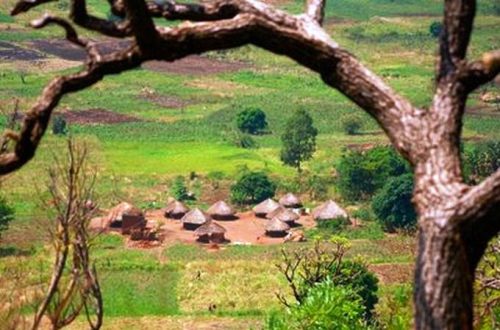 Names can also come from grandparents or ancestors, clan elders and leaders. This is done to keep the names of their parents and grandparents always alive.
The Lugbara people are proud of their names because their names are their identity; they say that when someone dies the first thing they ask is what the deceased’s name was,  because that is their identity. Their names are also the identity of family, culture and traditions.
When a woman has been cohabiting with a man and she gives birth before she is traditionally married or her bride-price is paid, she too will give the baby a name that can spite her husband and in-laws so that they immediately pay the bride-price to her parents or arrange the marriage immediately.
The woman will call her boy-child Ajeku, or Ajekuru for a girl-child, meaning ‘they have not yet paid anything for me’, or Maliko, another girl-child name, meaning that her nominal ‘husband’s’ family ‘has nothing to offer her parents’.