The Kakwa people are a small minority group living in north-western Uganda.  The bride-price for a blessing to the newly married.

Among the Kakwa tribe in Uganda, many girls dream of a rich man who will be able to give her parents the highest bride price before asking for their hands in marriage. This will bring pride to the bride, her family and the groom’s family.
The marriages come with blessings from parents. They believe that if one does not get blessings from both their parents, then the marriage will not last or they will have marital problems. Some marriages will be childless until both the girl and boy go back to their parents and request blessings or rather forgiveness. 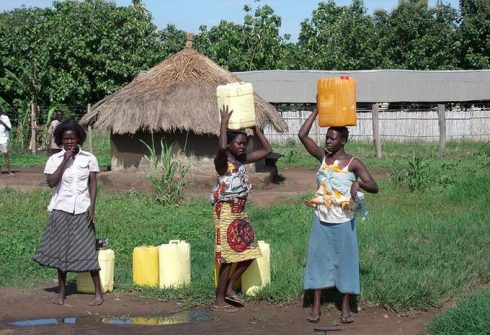 These blessings come after both sides of the families have met their end of the bargain by paying up the bride-price. In the past among the Kakwa, marriages were arranged by elders because they knew which families where the good families with beautiful, disciplined girls who would be able to hold up a family and gather people.
The girl and boy had no say over the choices of their partners because the elders knew better. Today they are free to choose their partners, after which they both go their parents and tell them about their plans of getting married. The parents then begin the arrangement because it’s believed in Kakwa that one man cannot marry a woman: rather it’s the responsibility of his father and his clansmen to marry a wife for their son.When preparing for marriage between two families, the boy’s family write a letter to the girl’s family to inform them of their son’s interest. In the letter, they inform the girl’s parents of the day they would want to come and introduce themselves. The girl’s parents also reply to the letter, either to welcome them or to tell them to hold on. The letter also contains what the groom is expected to bring when coming to visit. They will also tell them the number of people expected for the ceremony. 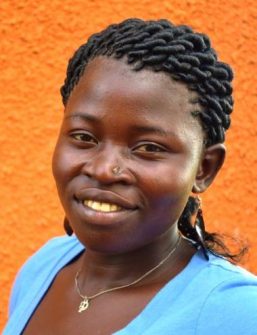 The girl’s parents then begin preparations to receive the visitors, not yet in-laws. They cook food and brew local alcoholic drink to be ready for the occasion. The Kakwa believe that a girl’s bride-price is best brought during a sunset.
When the day comes, as the sun sets, the groom’s entourage arrives with their requirements and ready to take home their bride. They are then welcomed into the bride’s homestead accompanied by ululations and singing as they are led into the house.
While in the house, the bride’s family will have a chairman or spokesman for the occasion but before the spokesman makes any welcoming remarks, the groom’s entourage will be asked to pay a chairman’s basket. This is money supposed to allow the chairman speak to them.
After that is paid up, they are asked to present the reply to the letter they had received from the bride’s family, since that letter has all requirements for the occasion. They will be asked to pay the general expense and this amount of money depends on the family. The groom is expected to buy three pairs of shoes, three hats, three coats, three pairs of gumboots, hoes, bows and arrows (the number again depends on the family) and some money for the bride’s father. 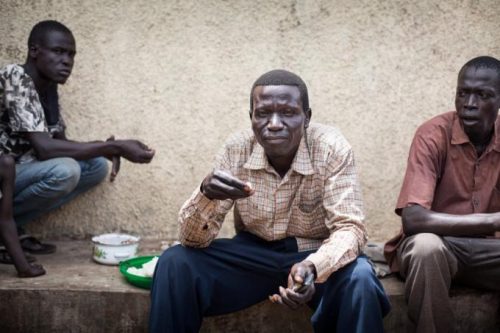 He is also expected to bring a gomesi (traditional dress) for the bride’s mother, kikoyi (the inner lining of the gomesi) and the sash for tying it, a pair of shoes, a hand bag, necklace, earrings and one roll of wax material which she will divide among her sisters. The groom is also expected to bring seven or more cows depending on the family’s possibilities and seventeen goats or more, depending again on the family, and chickens, the number of which is not definite.
From the cows and goats brought, four goats are taken for the barbecue which is a tradition that creates a bond between the two families; the barbecued meat is eaten by members of both families. Some of the goats brought are given out to the girl’s paternal uncles and aunts and the rest is taken to the kraal.
After they have agreed that everything they asked for has been brought, the jubilation ceremony begins and people begin feasting, eating and drinking. The duluka (music) is played and everyone joins in the dancing and merrymaking.
During this marriage ceremony, the women have no say and their voices are not heard except for the paternal aunt of the bride who only speaks after the bride price has been approved. The mother of the bride and the bride herself are only allowed to say ‘hello’ in greeting. The bride is called in only to acknowledge the groom and after that she is not expected to be anywhere close to the negotiation area.
The groom is asked to bring along the bow and arrow as a requirement for the marriage because it is used for protection and hunting; the number of bows and arrows also depends on the family’s means.
After the ceremony has ended, the bride’s paternal aunt and two other women take her to her husband’s place and will then stay with her for a few days. On their return, the bride’s husband will be required to give them some little money and the ceremony will be closed.
The girls who elope without a bride price always bring a curse. In such cases, the boy would be made to pay a fine for living with the girl without permission from the family. He would then be required to send a letter to the girl’s parents informing them not to look for her because she was with him. 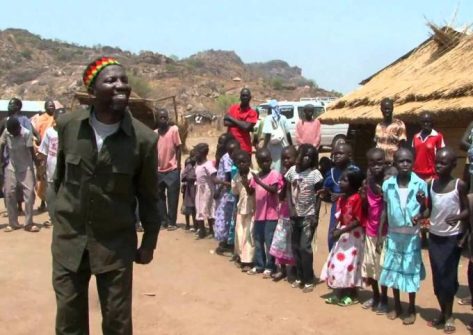 Unlike the official marriage letter, this one will be sent to the girl’s parents with some money When the girl’s family accepts to meet him, he is expected to go with a bull, two goats, six chicken, cassava flour and sugar. This is the fine he is required to pay. The bull is then slaughtered and everyone of the girl’s family members, including the extended family will eat it, apart from the girl in  question. All the unmarried girls in the family are not expected to eat it either, since it will bring them bad luck, and they may never get married.
This fine is called kasurubeti and after it is paid, then negotiations of the proper bride-price which leads to marriage can begin.
There are circumstances where a man elopes with a girl and has children with her without visiting her father or paying the bride price. In these instances, if the woman has girls in that marriage, then the bride-price of the first girl to bring one home is used to pay her mother’s unpaid bride-price.