The increase of the population, the great demand of coal and the search for fertile land, drain the forest surface of Uganda. But there is also more; illegal logging by businessmen, in collusion with the authorities, promote what will end up being a disaster if it is not stopped.

Kajjansi Central Forest Reserve sitting on 200 hectares of land on the outskirts of Uganda’s capital Kampala, was cut down by a businessman to set up an eco-tourism lodge. This forest land was illegally sold off by authorities from the National Forestry Authority (NFA), a body that is mandated to manage all central forestry reserves by the Ugandan Government. Michael Mugisha, the executive director of the National Forestry Authority (NFA) was arrested after a Commission set up by the Ugandan president to investigate increasing land grabbing, found out that he had connived with some members in his ministry and fraudulently allocated forest land to be cleared.
This was in order to set up an eco-tourism lodge by a firm called ‘International Camping Sites’, though he still denies the charge.
This was revealed after a Commission of Inquiry into land matters chaired by Justice Catherine Bamugemereire, discovered that the NFA boss had illegally issued land titles of the forest to a private developer. 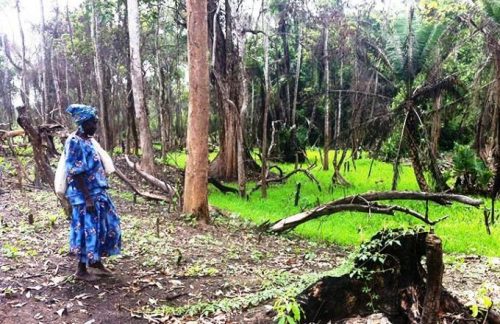 According to Justice Bamugemereire, the investigations into this matter is still going on and the commission believes that there are other transactions like this that have happened on other forest reserves across the country. The clearing of Kajjansi Central Forest Reserve is just one small act of deforestation taking place in Uganda.
The rate which the degradation of forests in Uganda has reached is alarming. For instance, Mabira Central Forest Reserve which is one of Uganda’s largest surviving Natural Forests, covering an area of 306 sq km, harboring 312 species of trees, home of 315 species of birds, 218 butterfly species, 97 moth species, 23 small mammal species and many others, has so far lost thousands of hectares of land.
They have been marked as ‘degraded or under stocked’ according to a survey carried out last year by Uganda’s Ministry of Water and Environment.It’s reported that the loggers connive with National Forestry Authority rangers to cut down most trees in the forest for charcoal and other purposes. 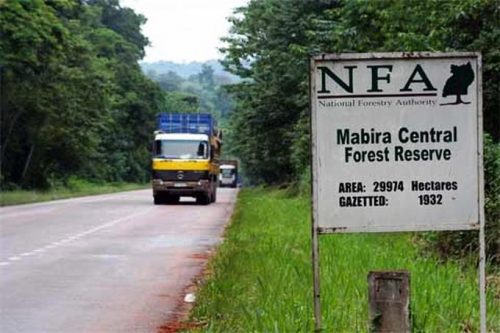 In the Mbale district in Eastern Uganda, the same Commission of Inquiry into land matters also discovered that The National Environment Management Authority together with National Forestry Authority (NFA), had given away another section of forest land to a private developer who cut down trees for sale, so as to open a space to construct a recreation centre.Many such acts of deforestation are very common in this East African country and its forests are on the brink of all getting cleared due to this rampant land grabbing.

Degradation of forests and wetlands has been attributed to the increasing population, high demand for charcoal and the quest for land for agriculture, among other reasons.
Advan Mbabazi, an environmental expert from Makerere University in Uganda, said that “the biggest drivers of the forests’ degradation in Uganda is the cost of energy. Our electricity is too expensive for the average Ugandan and many cannot meet all their energy needs by using electricity. This is why most of the people use charcoal to cook because they cannot afford to pay the electricity bills for everything they need to do”, Mbabazi said.
He added that with electricity remaining so expensive and thus being inaccessible to the bigger percentage of Ugandans, and the majority of consumers therefore not getting their required energy needs, charcoal and firewood will continue to be attractive and the degradation of forests will still go on. 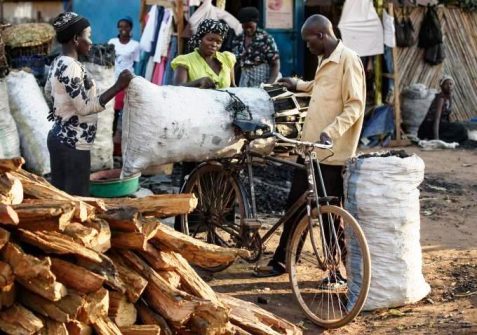 The Minister Abdul Nadduli, said the shrinking of forest cover in Uganda should be blamed on poor governance and insufficient efforts to control the alarming situation. “The continued burning of charcoal, firewood and other forest products have encouraged deforestation, if we are to safeguard our forests, we need to become protectors of our environment, stop activities that degrade forests and find other alternative sources of energy”, Nadduli said.
Environmentalists have predicted that Uganda which has already lost two-thirds of its forests in the last 20 years, could have no remaining forested land by 2050 if a great deal is not done to protect them. Deforestation has already seen Uganda’s 5 million hectares of forest in 1990 dwindle to 3.5 million by 2005. A recent report of Joint Water and Environment shows that forest cover has also reduced from 24 per cent in 1990 to 11 per cent in 2015.

While world leaders have called on all nations to act and solve the problem of global warming which is one of Earth’s current major problems, Uganda as a country is doing very little to protect the environment. A number of environmental policies have however been established in Uganda and some of these are aimed at reducing the increasing rate of deforestation. 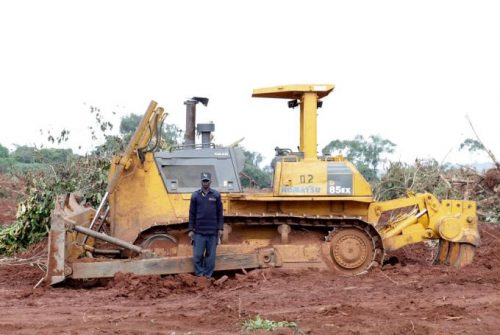 Many of these are included in the Forestry Policy (2001) and the National Environment Management Policy (1995). Much as some of these policies do exist, they have a myriad of loopholes that are also worsened by the low efficiency in the implementation of the actions suggested by the policies. The issue of deforestation is not fully addressed by the policy statements and in other cases the strategies used are feeble to the extent that they cannot comprehensively address the problems.
There is also a growing trend of supporting institutionalized and perpetuated forest land-grabbing. Leaders often hide the truth about deforestation and its causes, disguising them in a language falsely invoking poverty alleviation and agricultural modernization.  Because forests are less appreciated by non-foresters and, worst of all, leaders, there is a tendency to regard forest land as free fertile land that could be easily allocated to investors.
When big corporations in Uganda think of expanding, the government also looks at forest land. For instance when the Sugar Corporation of Uganda Limited wanted to expand the sugarcane plantation, the government wanted to give away part of the Mabira forest but Ugandans staged a protest known as the ‘Save Mabira Crusade’. This forced the government to abandon its plan to de-regulate the forest. 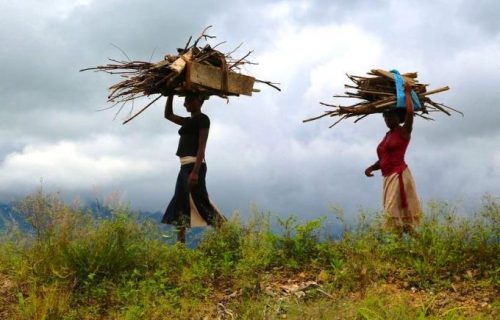 Another example is in Kalangala where Wilmer International was allocated forest land to develop palm oil plantations. Over 3,600 hectares of forest have been cleared to make way for palm oil plantations. The recent revelations are that the investors are very connected to the elite politicians in the country and the situation is aggravated by populist politics and weak enforcement of policy and legislative frameworks. In some cases, local people are facilitated and protected by political leaders to settle in forest areas.  Mercenary veteran groups have been organized that are hired by elite individuals interested in grabbing forest land. Such organized groups account for land grabbing in Bugoma, Lwamunda, Namanve and south Busoga Central forest reserves. These groups mobilise people from far off areas to settle in the forest and they also use friendly politicians to resist evictions, eventually weakening the institutions meant to protect the forests.
Upon weakening the institutions, they pave the way for their masters to grab the land. This is followed by a wave of land wrangles, eventually culminating in these elite individuals taking over. Eventual land grabbers are certainly wealthy and elite individuals with strong political and economic ties.

Uganda as a country experienced the dangers of deforestation when and where it received no rain for three seasons last year, leading the outbreak of famine across the country.
The country has now started strengthening the program of forest tenure reform which has been in place since 2003, with the aim of reducing forest loss, promoting sustainable forest management, improving local livelihoods and boosting the national economy. There have been changes in the law to a number of tenure arrangements that did not exist previously, but progress is ongoing to apply the reforms in practice. Bob Kazungu, a Senior Forest Officer in Uganda’s Ministry of Water and Environment, has finalized plans to plant 200 million trees in all national forests and forest reserves across the country.
“The government has prioritized forest restoration as envisaged in existing targets provided in Vision 2040, from the current 15% of total land area to 24%”, he said. Other supporters of environmental protection like the Civil Society Organizations (CSOs) and Care International Uganda have come up with the Forestry Monitoring System, in which all Ugandans will be tasked to fight for the survival of our green cover.
Using the SMS service, people can report all cases of illegal timbering, and have the culprits held accountable. What Ugandans need to do is to simply go into their phone message-section, type the words ‘unleashing hell on trees’ and the location where they have seen illegal activities happening to forests and send it to 6006. Their message will be received by the Civil Society Organizations (CSOs) who later forward it to authorities that take immediate action, and their identities will not be revealed. While efforts are being made to abate the obvious causes of deforestation in Uganda, more attention should be paid to land-grabbing which is becoming a salient factor in the loss of forest cover in the country.