The indigenous  created the quitapenas many generations ago as a remedy for worrying and sadness.

Guatemalan artisans create these tiny dolls by winding cloth and yarn and use scraps of traditional colorful woven fabric to make their costumes. They place a set of 6 dolls (generally representing three women and three men) in tiny wooden boxes or cloth pouches for sale. 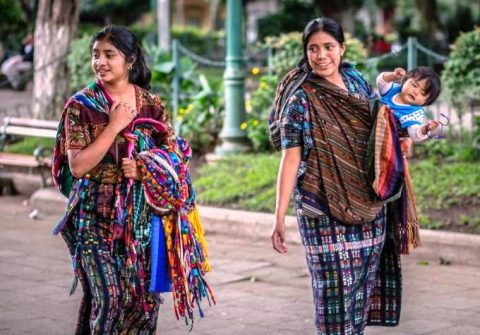 The indigenous people from the Highlands in Guatemala created the quitapenas many generations ago as a remedy for worrying and sadness. According to the Mayan legend these tiny ‘worry dolls’, if placed under the pillow, can keep demons that torment the soul away. The dolls take over the worrying for the person who then sleeps peacefully through the night. When morning breaks, the person awakens without the worries that the dolls took away during the night. 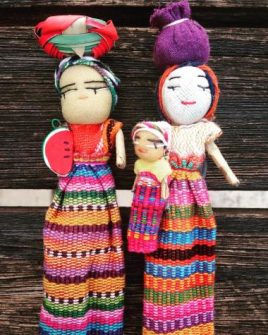 It is believed that their ‘magic power’ is greater if the dolls are given as a gift. This belief has been transmitted from generation to generation among the people of all the cities in the western part of the country that are located in the departments of Sacatepéquez, Chimaltenango, Quiché and Sololá. Here one can meet children holding these dolls which generally stand two centimetres tall.
Each tiny doll bears the craftsman’s stamp. Worry dolls are generally hand-crafted; artisans bind pieces of wood together or twist together short lengths of wire to create a frame and fashion a torso, legs, arms, and head. By winding cloth (often sedalina: a lining fabric made of silk and cotton) and yarn around the frame, the artisans give the dolls their shape. The dolls are then dressed in traditional Mayan style. 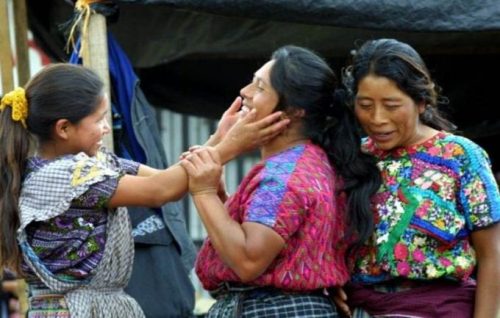 However, worry dolls can also be made of pressed paper, adhesive tape, paper and colourful wool. A set of six, including a leaflet mentioning the legend, is generally sold for two dollars. These hand-crafted dolls are also kept as house ornaments. Some of them can be more elaborate and taller, even up to 10 centimetres.
The costume they wear often identifies the region or the ethnicity of the craftsman. The quitapenas were originally used to chase away children’s bad dreams and later, to keep away the worrying or sadness of all those who believe in their special powers.
A popular song sums up the ‘healing’ power attributed to these small hand-crafted objects: ‘These dolls take away the sorrows that I have, I tell them about my suffering, and they take it away silently. And if I keep my dolls under my pillow, I wake up in the morning without worries. I never believed in amulets or sorcerers, and now while I am going to sleep I tell my dolls, in whom I trust, about my fears and they will be gone at dawn’. (P.L.)