Calypso is a genre of Afro-Caribbean music that comes primarily from the island of Trinidad. Linda McCartha Monica Sandy-Lewis, better known as Calypso Rose, is the undisputed Calypso queen.

Like most genres of Caribbean music, calypso is heavily rooted in West African traditional music and was originally used as a means of communication between slaves, as well as a form of entertainment. Trinidad-born singer Calypso Rose, who is known around the world as an icon of calypso music, was born on 27 April, 1940. She showed herself to be exceptionally talented in music already at the age of four when her aunt taught her the  melodies of her African ancestors. She began writing songs at the age of 15, and has written over 800 songs over the years. “Composing calypso was not easy, people thought that calypso did not belong to women, that it was a man’s domain, but that did not matter to me. I loved that music”, says Calypso Rose. 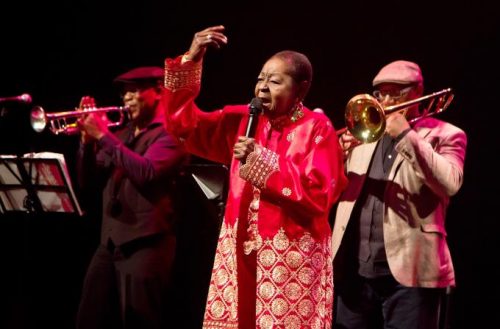 She composed her first calypso in 1955 after seeing a man steal the show from two women performing on a stage: this was the earliest calypso written on gender inequality. This artist decided to support the fight against women’s discrimination through her songs. Since her debut on Trinidad’s calypso scene in 1955, Rose has used the dance floors, rum shops, and calypso tents of the Caribbean as her platform to spread the message of equality among the genders and speak out against domestic violence toward women. Songs like ‘Glass Thief’ (1955), ‘What She Go Do’ (1974), and ‘Do Dem Back’ (1974) exemplify Rose’s back catalogue, which is full of witty lyrics that speak about the plight of Caribbean women living in a male-dominated society. “It is very painful to hear about the violence that many women experience by their husbands and boyfriends. It’s essential to open the eyes of the women who are being abused. It is very important for men to know that they must not put their hands on women”. This is her message. 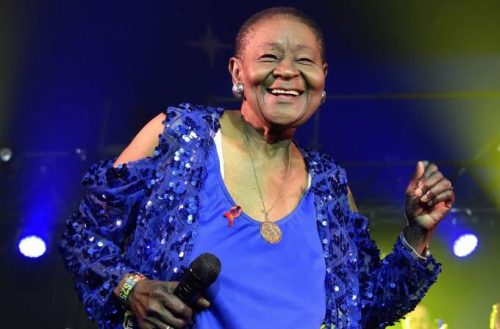 In 1978, she became the first woman to win Trinidad’s calypso competition.Calypso is a very popular musical genre in the Antilles, Venezuela, the islands of San Andres and Providencia, in Colombia, and a large part of the Central American Caribbean coast.Calypso Rose
has recorded more than 20 albums, and was nominated for a Grammy Award four times. 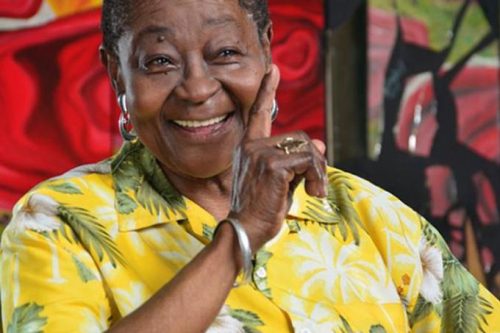 This music legend has collaborated  with artists such as Carlos Santana, Alicia Keys, Peter Gabriel and Ziggy Marley. Her first album was Calypso Rose Accompanied by Ed Watson And Orchestra (1968), and it was followed by: Calypso Queen Of The World (1971); Action Is Tight (1977); We Rocking For Carnival (1980); Pan In Town (1985) and Soca Explosion (1989); Rosie Doh Hurt Dem (1992) ; Breaking The Sound Barrier (1993); Tobago (1999) and Calypso Rose (2008). Her 2016 album Far from Home, won the 2017 World Music Album of the Year prize at the French music award ceremony Les Victoires de la Musique. In 2017, the album was awarded Platinum sale status in France, a premiere for any artist from Trinidad and Tobago.
Her artistic production and work throughout her career have been recognized on multiple occasions and latitudes, but perhaps her greatest achievement is being a reason for Trinidad and Tobago, Latin America and the Caribbean people’s pride. (F.C.)

Sudan. St Mary’s Hospital in Khartoum. At the service of Life.

Andean Calendar. The celebration of the Sun.

Bolivia. To Be A Church along the River.

Music. X-Maleya, from Cameroon to Paris