The concept of Ubuntu is deeply rooted in Africa and refers to human reality. It means confidence, sharing, collaboration. Mandela summarised it thus: “Are you willing to give something to help the people around you and so improve your community?”
And he defeated apartheid.

In times marked by the terrorist menace and by divisive arguments that lead to the creation of walls and barriers, there is a need to think of a new way of living that allows us to live in respect for others. We are called to live in reciprocity. It is not simply a question of giving to or receiving from others but of giving and receiving at the same time. Africa, in the matter of giving, can share a pearl of great price: the philosophy of Ubuntu. What is Ubuntu?
Desmond Tutu, who headed the Truth and Reconciliation Commission in South Africa after the apartheid period, wrote: “It is difficult to render the meaning of Ubuntu in a Western language. It is a word that refers to the innermost essence of humankind. When we want to praise someone, we say: Yu, u nobuntu – ‘He has Ubuntu’. 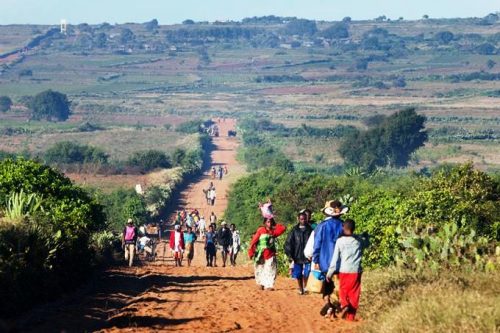 This means the person is generous, welcoming, benevolent, solicitous, compassionate; that he shares what he has. It is as if to say: my humanity is inextricably connected and goes hand in hand with yours. A person with Ubuntu is open and available to others, recognises the others and their value, is at one with others and does not see them as a threat, since he does not doubt their value or their goodness; he has that certainty that derives from knowing he belongs to a greater whole. He is also convinced that injuring or oppressing others is to injure oneself: in Ubuntu, dehumanising others inevitably means dehumanising oneself.
Nelson Mandela, who helped the people of South Africa overcome hatred and slavery explained Ubuntu during an interview: “A long time ago, when I was a child, a traveller passed through our country and stopped at our village; he did not have to ask for food or water: when he stopped, the people gave him food and lodging. This is one aspect of Ubuntu. Ubuntu is respect, helpfulness, sharing, community, trust, concern, altruism. Ubuntu does not mean that people must not take care of themselves. The question we must ask is: are you willing to give something to help the people around you and so improve your community? This is very important and each person can practise it. We must value all this”. 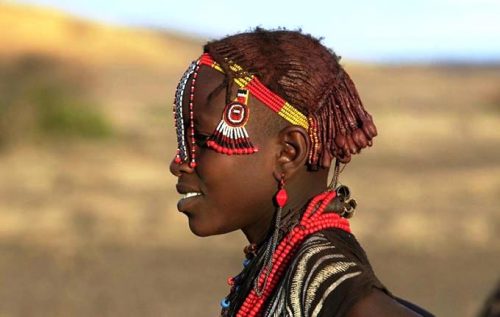 Ubuntu implies two fundamental elements: sharing and collaboration. David Holt-Bidddle, in his book ‘Other cultures: South Africa’ says: “Ubuntu is an expression in a Bantu language that signifies a wholly African way of relating to others and may be translated as ‘benevolence’ towards one’s neighbour, a rule of life based on tenderness, compassion and respect for others».
In Bantu Umuntu ngumuntu ngabantu, may be translated as: ‘I am because we are’, or ‘a person is a person only through other persons’. Joseph Ki-zerbo, considered one of the fathers of African historiography, defines Ubuntu as ‘otherness, empathic openness to others, being in principle favourably prejudiced, preventive friendship, the state of grace of human relations’. 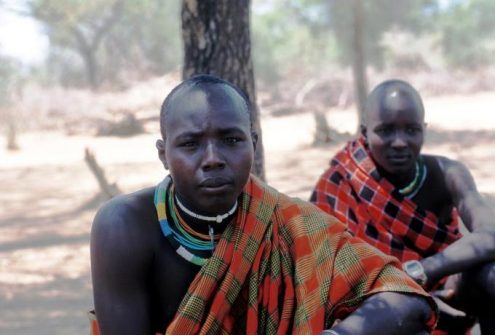 In his view, Ubuntu is joint collective humanity. A structural solidarity capable of prevailing over the selfish urges of the human being. Ubuntu reminds us of the idea of belonging to the human community, of the unity of human nature, of sharing and cooperation. This is why former American President Bill Clinton used to say in his speeches: “Society is important because of Ubuntu”.
The Nelson Mandela affair teaches us many things. We have to ask ourselves: how did he manage to bring his country out from the apartheid regime? Where did he find the wisdom and the strength to reconcile the oppressor with the oppressed? In Ubuntu. In it he breathed fraternity, a specific manner of living together. For this reason,  former US African-American President Barack Obama said explicitly in his discourse at the funeral of  Mandela: “Mandela understood the ties which unite the human spirit. 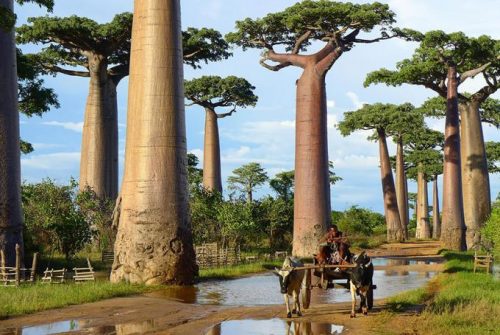 There is a word in South Africa, Ubuntu, which describes his greatest talent: understanding that we are all united in ways that may be invisible to the human eye. There is a union in all humanity. That we may fulfil ourselves sharing with others and caring for those around us”. Finally, the philosophy of Ubuntu is also present in the thinking of the Dalai Lama who said: “We must, first of all, recognise our common humanity. The others are our brothers and sisters and have the same right and desire to live a happy life. We are all part of the same humanity. When humanity is happy, we too will be happy”.