We talk about the different aspects of the Amazonian reality and the hopes placed in the next October Synod with Monsignor Jesús María Aristin, Bishop of the Vicariate of Yurimaguas, in the Loreto region in the north east of the Peruvian Amazon.

The Yurimaguas Vicariate is one of the largest in Peru with an area of 72,000 km2. The Vicariate reaches the border of Ecuador, and comprises the Datem del Marañón and the Alto Amazonas provinces. This is mainly an agricultural area, home to simple and hard-working people, who also practise fishing and hunting. The capital, Yurimaguas, has currently about 90,000 inhabitants.
The Yurimaguas Vicariate has 21 parishes with 120 animators, 24 priests, of whom 12 are religious and the other 12 are diocesan, 30 male religious and about 50 religious sisters, and also 35 consecrated lay people. There are also about 130 pastoral agents in total with 12 different religious congregations. 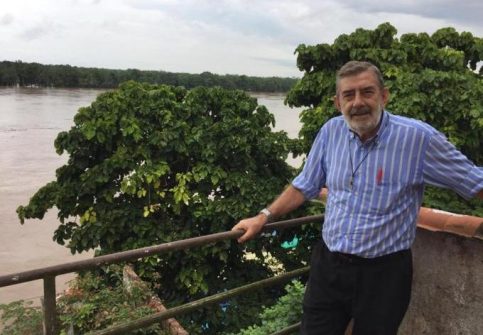 Bishop Jesús María Aristin says: “We the Catholic priests hope that little by little, the number of native priests and native vocations may increase. We estimate that, in 10 or 15 years there will be about 30 priests, most of whom native, who will lead the vicariate. So there won’t be the need of foreign priests coming to serve in the region”.

Pope Francis calls for a Church with an ‘Amazonian and indigenous’ face. How can this become reality? 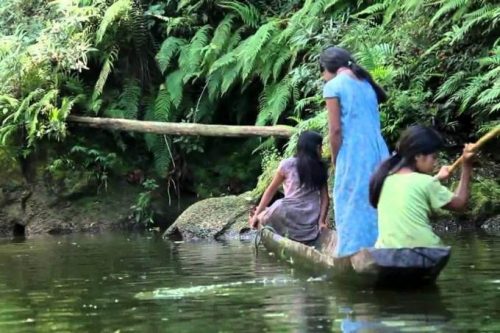 We must also acknowledge their ownership of these lands and accompany them into dialogue, even an interreligious dialogue. We must not under-evaluate their culture, their stories, their myths. Only in this way, will we slowly be able to build a Church with an indigenous face. This is what Father Luis Bolla did. He lived for a very long time with the Achuar community, to inculturate them from their own vision of faith.

Tell us something about this missionary…

He was an extraordinary, emblematic Salesian missionary who evangelized the Achuar. He decided to go and live with the Achuar people for forty years: his missionary goal was not to colonize, but to learn from them and cultivate their culture, language and identity. He always struggled so they could maintain their identity, their culture and always be proud of who they are. He dressed like them, he learned their language, their culture, he worked with them, he integrated himself in their community, he drank wayusa and masato like them and with them. 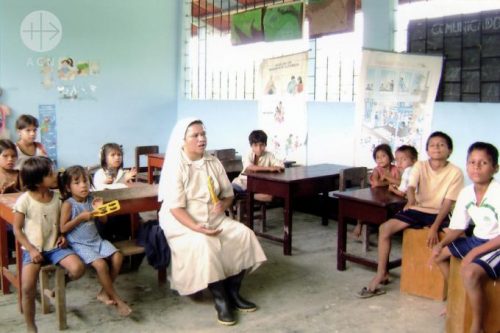 He decided to be with these people. And so, by learning their culture, the missionary realised that there are similarities between the myths of these indigenous communities and the biblical myths. For example, there is a fire burning all the time in all Achuar temples. The fire is started by using three big sticks, the Trinity: the Father, the Son and the Holy Spirit. In temples, as in the Achuar homes, fire is always present because God is always present. Father Bolla also used to exhale soon after he greeted the assembly at Mass saying,  ‘The Lord be with you’, in order to express the concept in a more concrete way, to make feel people the presence of the spirit. By using this type of symbolism, he achieved an extraordinary dialogue with the Achuar and developed a characteristic liturgy which is typical of this community. Father Bolla was able to create a common path for the Catholic faith and the cults and the ancient traditions and myths of these peoples.

What about of the Synod?

This won’t be a Synod for the Amazon only, but ‘for the Universal Church and for an Integral Ecology’. Last year, Pope Francis announced that he was calling a synod of bishops focused specifically on this region, saying he was doing so in response to requests from the bishops of Latin America, especially those whose countries include the Amazon”. We are trying to discover the reality of evangelization in the Amazon and we are also trying to intensify the presence of the Church in the local communities. The synod will raise issues such as: lay ministries, how communities can have a Sunday Eucharist despite the shortage of personnel, and how to nominate more ministers of the Eucharist.

Basically, the Church is focusing on the way to spread the Word to everyone. Is it so?

Yes. For example, there are more than 800 hamlets in our vicariate and only 24 priests. Each of us officiate 3 or 4 Masses, therefore we can celebrate 80 or 90 Masses only, instead of the 800 that would be needed; we cover only the 10% of the Sunday Masses that should be celebrated. 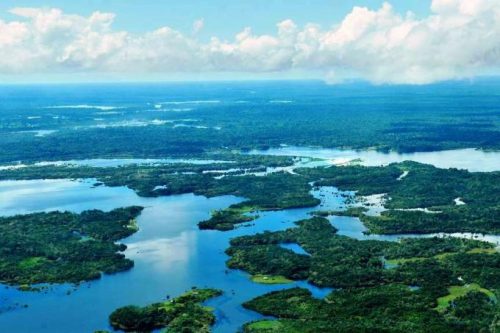 This issue raises the question, ‘Could permanent deacons with 10/15 years of experience and who have family, be enabled to consecrate bread and wine? What is more important, celibacy or the Eucharist?’  This is an issue that has to be examined carefully.

You said you set much hope on the Synod, which will also tackle the theme of integral ecology. What environmental threats are there in the area of your vicariate?

There are basically three main threats. Aggressive and illegal logging, which is one of the leading causes of rain forest destruction, and which is often facilitated by organized crime networks in conjunction with corrupt government. Every day one can see between 10 and 20 trucks travelling on the road, loaded with wood that has been stolen from our forest. Oil, causing river pollution is another big problem. 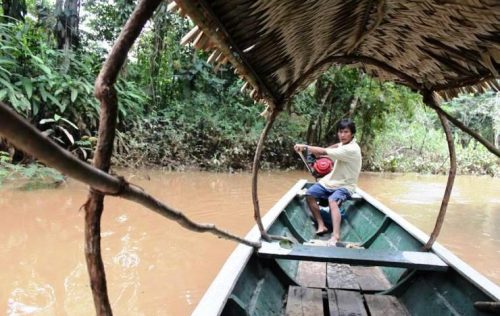 There are large oil spills into the Morona River especially. Polluted water contaminates people who get sick. We, the representative of the vicariate, have asked PetroPerú to compensate the communities affected by the river pollution. The Pastoral de Tierra group of our vicariate is also trying to defend these populations affected by spill occurred as Petroperu was illegally pumping crude through the pipeline.
Then, monoculture projects of some multinationals are the third threat in the region.

Is there anything else you would like to underline?

There is not enough environmental awareness. Many do not understand the importance of respecting nature. As the Pope says, ‘everything is connected’. Damaging the earth is damaging ourselves. Contaminating rivers means drinking contaminated water. While all the good that we do by protecting trees and animals will allow us to lead a healthier life. If we kill the planet, we kill ourselves. This is particularly true for the Amazon forest, which is the lung of the world and it is here where the ecological message must have the most impact, going beyond all political implications. (M.P.)