The now confirmed murder of journalist Jamal Khashoggi at the hands of a Saudi ‘investigation team’ on October 2, 2018 after visiting consulate of Saudi Arabia in Istanbul has attracted international interest. It has also raised concerns about the future of Saudi Arabia, as the murder should not be examined in isolation. Rather, it will have deep repercussions on the Middle East, the world economy. Indeed, it will affect global politics.

Saudi Arabia has admitted that journalist Jamal Khashoggi – who was a critic of certain aspects of Saudi Arabia, but not its Islamism or the House of Saud – died inside its consulate in Istanbul under suspicious circumstances. The official explanation attributes the death to a fight, which broke out during the ‘interrogation’. The Kingdom has even gone as far as firing officials and arresting – or at least issuing an arrest warrant for – 18 people, as well as the dismissal of several senior officials. The Kingdom’s head prosecutor said the fight started after ‘an argument between himself and those he met at the consulate’. The Saudi media promptly reported that version of the facts, noting the firing of Saud al Qahtani, advisor to the Crown Prince Mohammad bin Salman (MBS), Gen. Ahmed Asiri, deputy director of external information services among others as reported by Aljazeera. 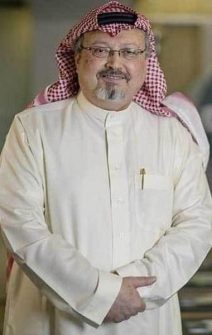 Khashoggi, criticized aspects of MBS’s management. He went into a self-imposed exile in the United States in 2017 after receiving demands to lower his tone against MBS and to halt dealings with foreign media. He visited the Consulate in Istanbul to obtain papers he needed to marry his Turkish fiancée. The Turks have leaked, without officially confirming, that he was killed brutally (the Turks are said to have installed bugging devices int eh Consulate that recorded the entire episode).Riyadh has not clarified the circumstances of the evidently sinister episode at its diplomatic mission in Istanbul. Nevertheless, the Saudis (or those who hold power in the Kingdom…for now) have scrambled to repair the damage done to the image of Crown Prince Mohammad bin Salman. While Saudi efforts have clearly aimed at protecting MBS, nothing less than the Kingdom’s current strongman, the Khashoggi episode has trashed his international reputation and image abroad; and therefore, weakened his reputation abroad; especially in key centers of Saudi influence such as Washington D.C., London, Paris and Berlin. 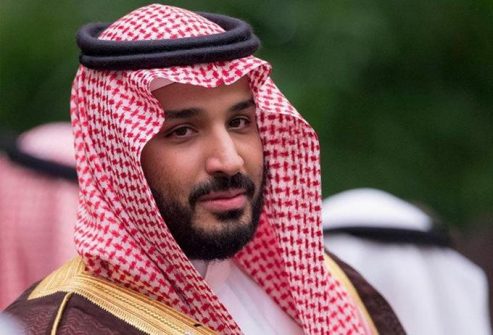 While President Trump has publicly feigned support for the official Saudi explanation of events, a sense of skepticism prevails at the international level. Cautious Western governments, who value the investments and oil that Saudi Arabia produces, have asked for more ‘clarification’ (as has Germany, which has also stopped arms sales for the time being). The UK says it is evaluating its ‘next steps’. The EU’s top diplomat, Federica Mogherini, has called for a full investigation. In other words, most western governments are allowing enough time to pass to allow the Saudis to stage their mea culpa, find ‘guilty’ parties to parade and allow the West to close the case with the tacit understanding that it will be forgotten such that business can continue as usual.

But Can Business Continue as Usual?

Whoever ordered the assassination of Khashoggi – nephew of Adnan Khashoggi, the biggest arms dealer of the 1980’s and whose yacht Nabila, Trump bought – has left nothing less than another Middle East crisis for the United States. The metaphor of the hot potato would be appropriate. A dead Saudi journalist – and no doubt one whose international visibility owed much to his relationship with the Washington Post – has caused more reputation damage to Saudi Arabia’s allies and chief weapon suppliers than has the war on Yemen, which has killed tens of thousands amid bombings and famine. 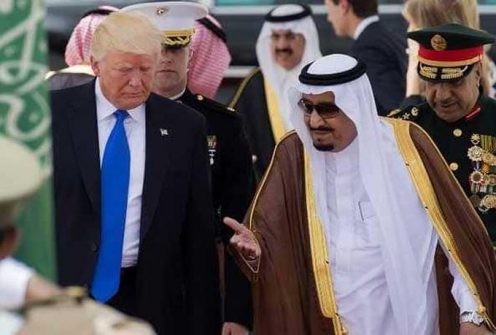 It would be easy for the West to clean up the mess by simply reneging its ‘support’, or tolerance for MBS. Big media names like Thomas Friedman went out of his way to bestow lavish praise upon the Crown Prince in an article entitled: ‘Saudi Arabia’s Arab Spring, at Last’. Friedman represents a class of pundit, in media and politics, who either genuinely – or falsely – advanced the narrative of the young 33-year old MBS (literally a baby in relation Saudi terms) as reformer and modernizer. Still, the Khashoggi case has raised several questions about how and where the various Saudi missing princes did go or end up. It has also questioned the entire narrative that the Kingdom is even capable of any reform. It has embarrassed not only President Trump, but the entire office of the Presidency, given the intimate relationship that has existed between the United States and Saudi Arabia since foundations of that relationship when President Franklin Delano Roosevelt met King Abdul-Aziz ibn Saud aboard the USS Quincy on February 14, 1945 in the Suez Canal.
While efforts to remove suspicions that MBS, whom King Salman has entrusted to effectively run the Kingdom, will continue, the Crown Prince has become a liability. Rather than being allowed to pursue his ambitious program of economic and social reforms (on paper anyway), MBS has made himself a target of dozens of rival princes, starting with Mohammad bin Nayef, who headed Saudi intelligence and whom MBS replaced in 2017. It was also MBS, it should be noted, who intensified the Saudi war against Yemen, arrested dozens of princes and officials in 2017 and virtually all but kidnapped Lebanese Prime Minister Saad Hariri. It was also MBS, who broke off diplomatic ties with Qatar – and even with Canada.

The fallout of the Khashoggi affair has already started

MBS appears to have changed tone; it’s almost as if a transition is being prepared, though it won’t be smooth. But, the United States will likely be slowly and quietly be looking for alternatives to MBS. Saudi Arabia is too important for American strategic interests; more importantly, it’s essential for the protection of Israel. Through the Kingdom, the Americans can control the supply of about a quarter of the world’s total oil production. They are also able to contain forces hostile to the Jewish State, such as Iran and the Shiite populations of the Arabian Peninsula. (Some 15% of Saudi citizens are Shiite).
The first sign of a change concerns Qatar. MBS, increasingly under pressure for the Khashoggi murder, was kind enough to praise Qatar’s economy. It’s a clear sign that the Saudis are scrambling to alter their image, starting with what is clearly a diplomatic overture from Riyadh to Doha. Qatar as the starting point of MBS’s ‘rehabilitation’ is not coincidental. Jamal Khashoggi was affiliated with Al-Jazeera (a Qatari based organization) and the Muslim Brotherhood, which also has close ties to the Qatari royals. 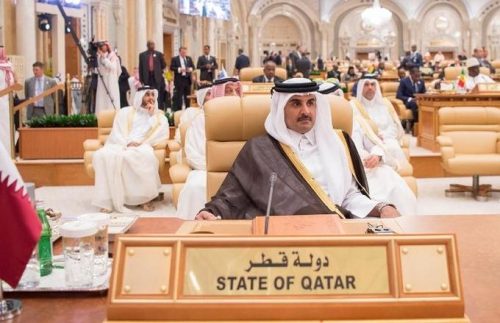 The Khashoggi case can now bring Doha out of isolation. But the Saudis must make more concessions. Perhaps, Trump, whose government has been embarrassed by its involvement in supporting MBS’ war against Yemen can find a way out, pushing MBS toward a compromise ‘stalemate’. One that falls short of making a deal with Iran, which is likely supporting the Yemeni Houthi rebels, of course. Nevertheless, MBS cannot be seen to show weakness. His authority rests on fear rather than respect and making concessions after offering ample evidence of his tyrannical nature will be an opportunity for other princes to seize his power. Even if oil prices have gone up in 2018, adjusted for inflation they are still lower than they were in 2008 when the financial crisis began. Oil extraction has become more expensive and profit margins are low, while the Kingdom endures a deepening socio-economic crisis marked by excessive youth underemployment and over-reliance on government bureaucracy for jobs. Diversification has either failed to start or failed outright, such that the oil wealth remains the al-Saud’s family’s only source of legitimacy.
The ‘Arab Spring’, as hailed in the previously mentioned article, may indeed be coming to Saudi Arabia; yet, it won’t quite look like what Friedman intended. After years of stoking jihads abroad, including Syria of course, jihad may show up to challenge the al-Saud dynasty. The Saudis are dammed if they replace MBS and damned if they don’t. The Kingdom’s reliance on foreign military support has exposed its Achilles’ heel. Or if you prefer, the Khashoggi murder, like the murder of archduke Ferdinand in Sarajevo in 1914, will serve as the fuse that sets off an accumulation of problems and contradictions. 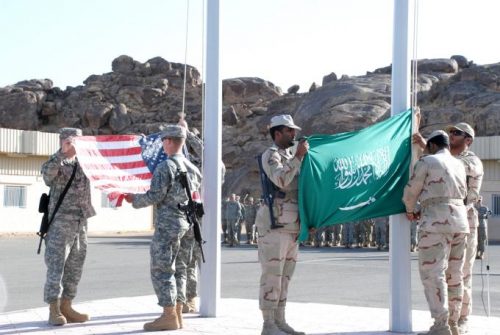 As for concerns the Saudis could trigger a new oil crisis, they have the potential, but doing so would backfire. Without U.S. weapons and support, the Saudis would become sitting ducks amid several local conflicts, not the least of which is the war in Yemen. The Saudis today have less power to cause an oil crisis (as compared to, for example, 1973) because nobody wants oil to reach an excessively high price these days. It would encourage alternative energy investors and technologies to accelerate development of alternatives – or go nuclear / natural gas. It would also be a gift to shale and tar sand producers in Texas and Alberta, which need high oil prices to justify the expensive extraction techniques to develop such ‘unorthodox’ deposits.
Clearly, the Saudi Throne has become less stable. The Americans and Europeans may start looking for alternative interlocutors in the Gulf. There’s Qatar and there’s the UAE, and one day there may even be Iran.