The proximity of Yemen and its strategic geographic position have brought about the multiplication, in the region, of military structures of the various nations involved in the conflict or who have interests in commercial control. This concentration has contributed to increase tensions in a supremely unstable area.

In recent years, the Horn of Africa has become more and more strategically important in the location. The race for the control of the region on the edge of the Gulf of Aden through the presence of military bases is increasingly evident.
The United Arab Emirates (UAE) have shown themselves to be the most active and their first intervention in the area goes back to 2010 when they began to assist with the security of Puntland, one of the federal regions of Somalia, located opposite the Yemeni coast. 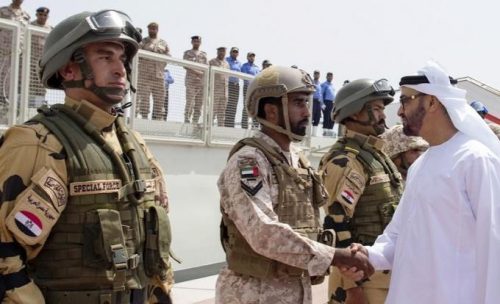 Today, the UAE have as many as 5 military bases along the African coast and the adjacent islands. Two were opened in 2015, respectively at the port of Assab, in Eritrea, and at Mogadishu, in Somalia. The bases began to function in conjunction with the outbreak of the war in Yemen in which the UAE fought with the Saudi Arabia-led coalition. Last year, three others were opened: at Berbera, in Somaliland, on Perim Island that guards the Bab el Mandeb straits, and on the Island of Socotra. The Berbera port, which will cost some $450m, is by far the biggest investment in Somaliland since the province declared independence from Somalia in 1991 (in practical, but not legal, terms it is a separate country). It is a sort of cordon that practically guarantees the control of the entire Yemeni coast and with that the interception of possible supplies to the Houti rebels supported by Iran and, according to the Saudis, by Qatar which last summer was subjected to an economic blockade and political isolation – measures that only partly succeeded.

Another country that has been especially active in the region in recent years is Turkey, an opponent of Saudi Arabia in the Middle East conflicts and an ally of Qatar whose Emirate shares the political ideology of the Muslim Brotherhood. In September of last year, Ankara opened the largest foreign military base in Mogadishu, officially to provide military training to the Somali army. 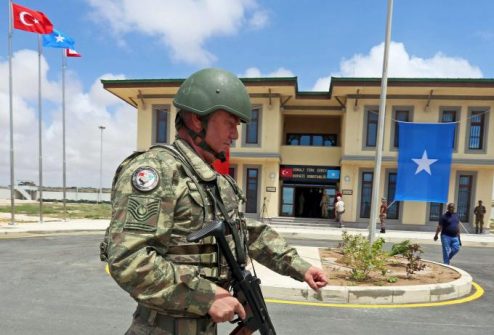 In December, important military agreements were drawn up also with Sudan, another country whose government draws inspiration from the political Islam of the Moslem Brotherhood. There has been much talk of a military base at Suakin, an ancient port on the Sudanese Red Sea coast from where passenger ships leave for Gedda, an important Saudi Arabian port. The route is used especially during the period when pilgrimages to Mecca take place, something, apart from its religious significance, that is of extraordinary social and political importance in the Moslem world. Early this year, the Turkish authorities approved the reinforcing of their military presence abroad, especially in their African bases, with Turkish delegations periodically visiting Suakin, officially to discuss the restoration of the ancient buildings on the island of Suakin, one of the most fascinating and history-rich places in the history of Sudan. 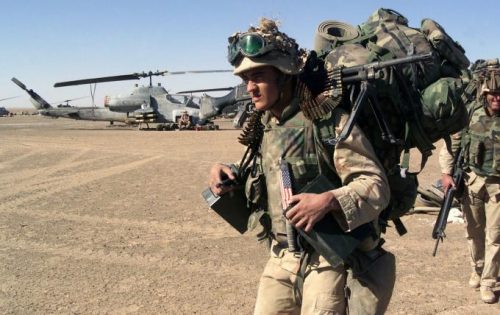 Ankara is also negotiating the opening of a base in Djibouti. The small but extremely important republic, strategically, hosts the largest concentration of military bases in the world. The United States has its only permanent base in Africa at Camp Lemonnier close to the capital city, detected by the French the day following the Twin Towers attacks on 11 September, 2001. Its aim: the war on terrorism on both banks of the Red Sea and the Gulf of Aden.
Most significant was the opening, in August 2017, of the only foreign Chinese base in the gulf of Tadjoura in the north of the country. Officially, it ought to be a logistics base for the Chinese navy but it is, in fact, a large military base.

The race for the Horn of Africa is not being run only militarily but also economically. China’s case is clear. Before establishing the presence of its army, Beijing made massive investments in the area by way of key infrastructure for the development of the beneficiary states. Ethiopia and Djibouti itself were very well supported but also Sudan and South Sudan have a privileged relationship with Beijing. 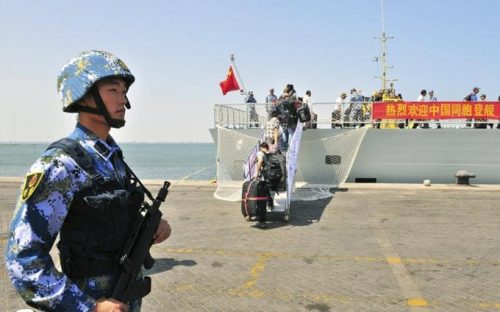 For China, Djibouti is a most important commercial and communications hub, destined to consolidate the penetration in the continent of products but also of technological and scientific know-how, reinforcing an economic position without parallel in the area and its increasing diplomatic influence. It was no accident that China took part for the first time in a UN peace mission to South Sudan or that it offered to mediate in the conflict over the border between Djibouti and Eritrea, after the withdrawal of the Qatar peace-keeping troops last summer.
Turkey is also consolidating its economic clout, especially in countries that are ideologically similar such as Sudan and Somalia. It is doing this in key sectors for the socio-cultural evolution of the countries where it intervenes, such as education and emergency aid to populations in times of crisis. It also invests in helping to achieve a balance of payments: in Somalia, for instance, where it is also involved in the reconstruction of the country and the construction of new housing in Mogadishu. 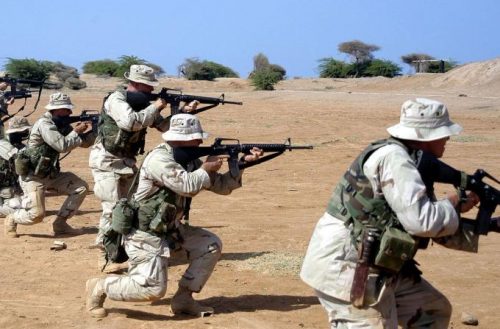 Qatar is also making massive investments in the area and especially in Sudan – where it is financing, among other things, a series of model villages in Darfur – but also in South, Somalia and Ethiopia and in other countries of the area. The Qatar investments are equal to those of Saudi Arabia and the other oil-producing countries of the Gulf together, almost like a game of chess seeing which would invest the most in exchange for greater influence. The situation of Sudan is revealing: it tries to maintain a balance between the two coalitions that are clashing in the Middle East, participating in the war in Yemen in the Saudi coalition but also strengthening its ties with Turkey and Russia while also keeping those with Qatar very much alive.