With Chinese technical and financial backing, a number of countries – from Tanzania to Angola, from Kenya to Ethiopia, from Nigeria to Ghana – are modernising their railroads and building new lines to move both people and goods more efficiently.

The railway system in Africa is undergoing a rebirth. From east to west and from north to south, old and new railway networks are linking up to speed up the transport of goods and people, making it more practical and comfortable. Much of the African railway system was set up in the nineteen-sixties after the fall of the colonial regimes and they came to a complete stop during the ‘nineties at the difficult time when multi-party democracy came to the fore. During the XIX and XX centuries, the colonial functionaries dictated law in the railway sector but today, the undisputed protagonists are Chinese companies. 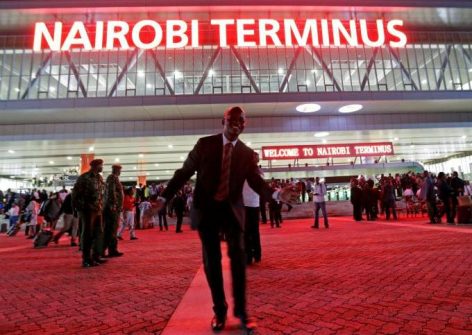 ‘Up to 2002, European companies were the main suppliers, advisors and financiers of railway projects in Africa’, the English researcher Emily O’Dowd indicates on the website SmartRail World. “Since then, China has become the dominating force that finances, with an average of 160 billion dollars per year, the railway infrastructure in Africa and in half the world. It is estimated that, in 2011, around 243,000 Chinese workers and technicians were working on the construction of railways in Africa”.
Many states are opening new lines and renovating old ones from ‘high-speed’ trains in eastern Africa to the connections soon to be opened in western and southern Africa. Rail transport has now become a fundamental factor. It is essential both to the economies of single African states, continually growing and in need of infrastructure, and to the economies of foreign states especially those interested in the raw materials of the continent. All this has given rise to a rather ambitious policy of rail transport.

Tanzania, following the example of the railways build by the Germans in the nineteen-hundreds and by the English in the ‘forties, is building two railway lines that will more efficiently connect the commercial capital, Dar es Salaam, with the western and southern regions.
President John Magufuli expressed his enthusiasm on 14 March last when he laid the foundation stone for the second phase of the Standard Gauge Railway (SGR). 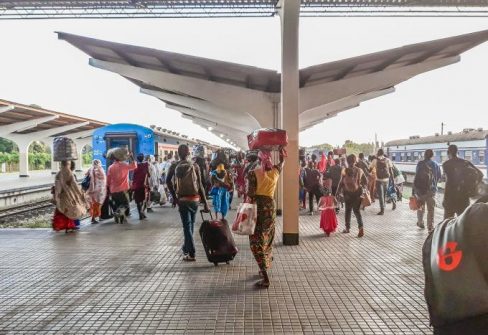 Around 420 kilometres of rails will join Dar es Salaam with the city of Morogoro and the capital Dodoma: “The SGR will create 30,000 direct and 60,000 indirect jobs. With the next phase, the line will reach the northern locality of Mwanza, a distance of 1,219 kilometres”. The total cost of the project, from Dar es Salaam to Mwanza (on Lake Victoria), is about seven billion dollars. The construction has been entrusted to Turkish and Portuguese companies while financing has come from the China Exim Bank. The Tanzanian government is also planning a new line from the coastal city of Mtwara, on the banks of the Indian Ocean, to the banks of Lake Malawi, close to the locality of Mbamba Bay.
Also Uganda, Zambia, the Democratic Republic of Congo (DRC), Rwanda and Burundi want to have adequate railways. 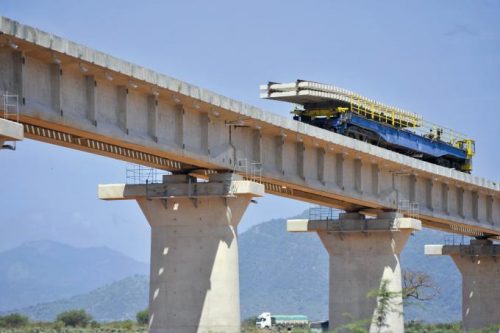 All these are countries, with the exception of the DRC, with no outlet to the sea and with large deposits of natural resources that could be commercialised better. Towards the south-west, in Angola (1,246,000 km²), an old railway project has been resurrected after a standstill of 34 years when, on 5 March, the Benguela Railway began to function again. Starting from the area of south-western DRC, close to Dilolo and the eastern Angolan area of Luau, the line goes for 1,344 Km towards the Atlantic Ocean as far as the coastal city of Lobito. At present, it has a 25-wagon train carrying hundreds of tons of manganese for export to China and India. The route was closed during the Angolan civil war (1975-2002) and was renovated between 2006 and 2013. “We do not want the line to be just a connection between the riches of the DRC, – declared the transport minister, Augusto da Silva Tomas, and the Governor of the Province of Moxico, Gonçalves Muadumba – but by being connected to Zambia, we will be able to reach the city of Beira in Mozambique, Dar es Salaam in Tanzania and the Indian Ocean”.

Unfortunately, competition in the eastern part of the continent is fierce. A short distance to the north, Kenya (582,000 Km²) inaugurated on 31 May 2017, the first section of the high-speed line which is intended to connect with bordering countries like Uganda, South Sudan and Ethiopia. On the occasion, President Uhuru Kenyatta thanked China as a ‘true friend’, since it is the major economic power most involved in this railway line. An investment of 3.2 billion dollars will enable passengers, once it is complete, to cover in five hours the 470 km between the capital Nairobi and the port city of Mombasa. The Kenyan establishment has called it the largest infrastructure project in Kenya since independence (1963). 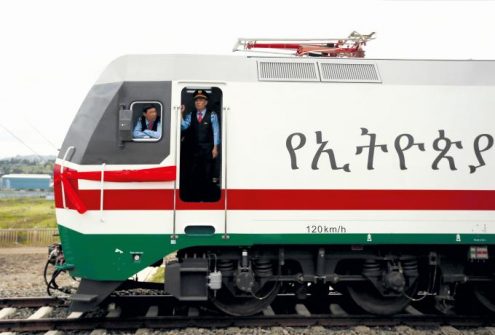 “Today, 122 years later and despite much criticism, we are not celebrating the Lunatic Express, – Kenyatta said, referring to the line built by Great Britain – today we are celebrating the Madaraka Express that will shape our history for the next hundred years”. Even though the Kenyan SGR is mostly used for passenger transport, the Mombasa port authorities and the railway authorities are creating pressure so that ships unload part of their containers onto the train rather than only onto lorries. Another equally important project, carried out first by the French between 1894 and 1917, became operative on 1 January last year. Addis Ababa, capital of Ethiopia (1,104,000 Km²), was again connected to the city of Djibouti, capital of the homonymous state. The line, built by the Chinese, runs straight for 756 Km. It is a true artery of transport for Ethiopia, cut off from the sea and hoping to have new outlets to it following the recent development of friendly relations with Eritrea.

On the other side of the continent, instead, the ‘Big Boss’ of railway transport (and other things) is still Vincent Bolloré. From Cameroon to Ivory Coast, from Mali to Benin, the French magnate intends, thanks to his company, to have a rail network connecting the capitals of the former French and English colonies of western Africa.
The basic project is called Blueline (not to be confused with the new Nigerian railway in the city) and has always been considered too Pharaonic by French and African newspapers. The idea would be to build a 3,000 km long railway through Abidjan (Ivory Coast), Ouagadougou (Burkina Faso), Niamey (Niger), Cotonou (Benin), Lome (Togo) and Accra (Ghana). It will need a long time to complete it but governments and businessmen, both from Africa and elsewhere, are working behind the scenes to speed things up.
Minerals are a considerable source of income for many west African countries and the train is the most efficient means of transport to keep up with the continually increasing of resources for export. Nevertheless, in this area the railway situation is much more fragmented. To date, there is no extended network capable of serving more than one state.
Among the more recent projects there is the Nigerian ‘high-speed train’ that connects  Abuja, the capital of Nigeria (923,000 km²) to the northern city of Kaduna. Transport began in 2017 and trains can reach a speed of 200 km per hour. Passengers reach their destination in just one hour. Furthermore, on 21 March of last year, the Nigerian government announced the start of work on a new rail link with Port Harcourt, the petroleum city in the south east and the north east locality of Maiduguri. 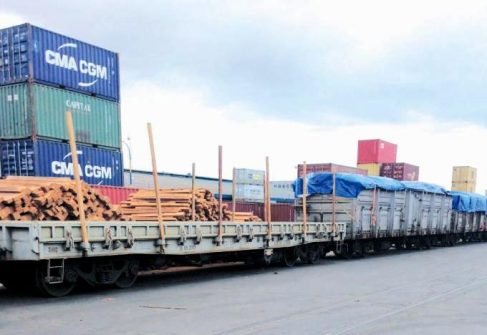 The project, worth more than 15 billion dollars, has been partly financed by India. Declarations of the government authorities also show their intention to extend and modernise the rail network in the coming years so as to have better connections with the cities of Lagos, Ibadan and Kano.This intention is seemingly shared by several governments in the area. Prince Mba, President of the Forum for National Equity, based in Accra (Ghana), an organisation that unites various interest groups and which is concerned with the themes of alternative democracy and the modernisation of the country, said: “West Africa cannot make progress with its present system of transport based on roads that are often in poor condition. We cannot speak of inter-African commerce without a railway network running throughout the region”.

Photo Gallery – Indonesia. The life in the village

The president Trump’s plan for ‘Peace to Prosperity’.

“President Trump announced the launch of his Deal of the Century to achieve peace between Israel and Palestine.” “Donald Trump’s peace plan isn’t a plan…

The Hippo and the Elephant.

Africa emits only 5% of world greenhouse gas emissions yet is most at risk from worsening heatwaves, droughts and floods. African youth activists urged their governments to…