Kitty Phetla, ballerina and choreographer with Joburg Ballet, grew up among the tin-roofed rows of houses in the township of Soweto. Her en pointe success, gained by talent and tenacity, is an example of redemption for young South Africans.

Her life-story would make a good film and it is said that a Hollywood producer has shown interest in the moving story of the black swan. A true story, it is set in post-apartheid South Africa and Kitty Phetla, the most famous ballerina in Africa, is the main character: thirty years of en pointe grace, a living icon of social redemption.Kitty was born and grew up among the tin-roofed rows of houses in Soweto, the celebrated township created in the suburbs of Johannesburg during the years of racial segregation. “In that gymnasium of life – she says – I soon had to learn to show my strong character to gain the respect of others”. Her family and schoolteachers protected and helped her. “They taught me not to look for shortcuts as every personal gain is the result of much work and many sacrifices. Together with a bit of good luck”. 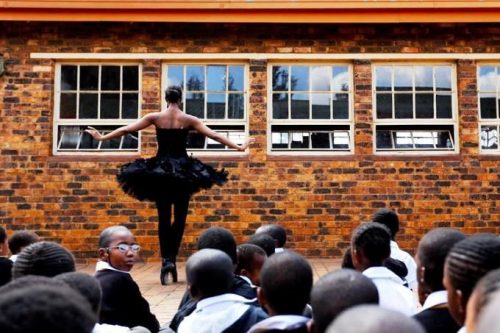 Her good luck materialised on a Spring morning in Orange Grove Primary School gym. The teachers had gathered the pupils – among them the very young Kitty – for an audition to select children to attend a course in dancing at the prestigious Ballet Afrikan Theatre, as part of a social promotion programme.
“We were about seventy boys and girls doing the test, all of us excited and emotional – Kitty recounts – I feared I lacked the natural talent but I still hoped… I improvised some steps of traditional dance, following the rhythm of the music. Incredibly, I was selected”. 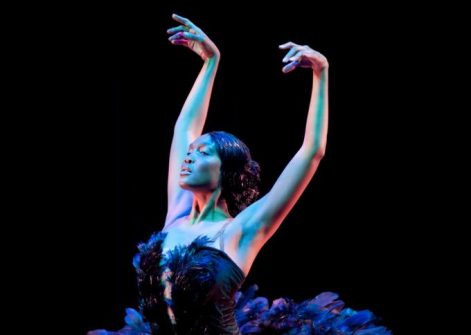 The talent scout on that day was dance master Martin Schönberg who still remembers: “As soon as I saw that little girl whirling in time to the music, I realised I had before me an innate talent: a synthesis of perfect harmony, energy, coordination and determination. I had no hesitation in selecting her”. From that day, Kitty’s life was centred on ballet: long afternoons of exercises at the bar, in front of mirrors, to learn the correct posture and become familiar with the steps in classical, modern and Spanish dance. Very soon the exceptional talents of the child prodigy emerged. Prizes won in competitions, recognition by critics, front page coverage and approaches from important theatres.
“I was not expecting all that attention”, Kitty says modestly, despite having gained the attention of the public in the lead role in The Dying Swan – a famous ballet piece composed in 1901 by Camille Saint-Saëns for Anna Pavlova – which the young ballerina from Soweto interpreted so masterfully and originally (she even went on stage dressed in black), while still being faithful to the spirit of the composition. 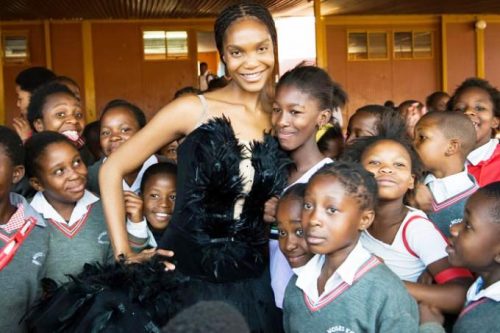 Ten years of shows in the most important theatres brought her recognition beyond South Africa: in Europe, the United States, Russia, Cuba and Japan. She also performed for the Dutch royal family in Amsterdam, and for former President Nelson Mandela.
She never let success go to her head. Today she is the prima ballerina and choreographer of Joburg Ballet where she seeks out and launches the careers of young dancers, produces new shows and organises world tours. South African fashion houses, impressed by her hypnotic grace, invited her to step on the catwalk of high fashion. The television programme Icons, produced by Adrian Steirn for public channel Sabc3, included her in the symbols of success of the new South Africa. She may soon arrive at the pinnacle of Hollywood. Kitty seems flattered but never forgets her origins. As soon as she finds a gap in her programme, she goes to perform in the more difficult township schools. “In the eyes of many young people I am a star. I want to use my position to hand on to the new generations the values of tenacity and dedication. Our nation needs the ambitious dreams of its children and their commitment to make them come true”.