The unrecognized state of Somaliland is receiving increasingly foreign support partly owed to its stability, its strategic position on the international maritime routes and its oil and fish resources.

Diplomacy is a strange game. The state of Somaliland which declared independence on tbe 18 May 1991, after the Somalia civil war, is not recognized, despite the fact this former British colony became independent a first time on the 26 June 1960 as a separate entity from the rest of Somalia which was then an Italian colony, before both entities merged on the 1 July 1960. The ignorance of Somaliland’s independent status is a blatant case of diplomatic hypocrisy because the Organisation of the African Union since its creation proclaimed the intangibility of borders inherited from colonization. At the same time, realpolitik prevails. A number of countries are supporting Somaliland in different ways. The reason is quite obvious. While the undefeated Al Shabaab islamists are increasing their attacks in the area theoretically controlled by the Mogadishu-headquartered Federal Government of Somalia, as points out a UN Secretary General report from the 10 May 2019, Somaliland by contrast looks far more stable. 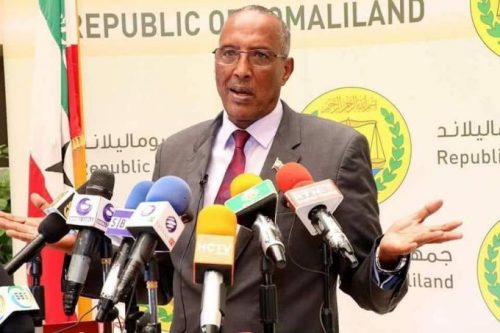 The 134,000 sq km country which is slightly larger than the half the UK’s territory with a population of four million inhabitants, boasts from a republican form of government headed by the elected President Muse Bihi Abdi. The legislative powers are vested in the Parliament which consists of the House of Representatives and the House of the Elders whereas the judicial branch is topped by the Supreme Court. Somaliland is a multiparty system and in principle boasts from press freedom although several breaches were reported recently.
On the 17 May 2019, the US-based Committee to Protect Journalists urged the Somaliland authorities to release the reporter of the private Bulsho TV channel, Abdirahman Keyse Mohamed who was held in prison after having been arrested and injured by the police because he conducted interviews about the recent arrest of an opposition MP. Previously, on the 15 February 2019, a regional court ordered the suspension of a local newspaper following a conviction for publishing “false news” about the construction of a new presidential palace. 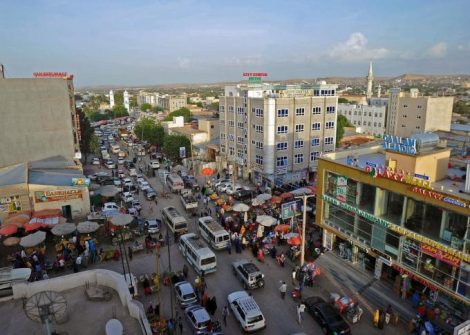 A general view of downtown Hargeisa.

Alas, such unfortunate kind of event is not uncommon in Africa. And Somaliland is not a paradise for everybody: at the end of May 2019, 800 Somaliland soldiers defected to the neighbouring Puntland State which is also unrecognized and declared independence in 1998.  The defection occurred in the context of serious tensiosn between both states in the disputed Sanaag region where both armies clashed several time in 2018. Foreign diplomats fear that an escalation could provoke displacements of people and create space for the Al-Shabaab insurgency.
Yet, Somaliland is getting over the years a growing international support. The European Union has partially financed Somaliland elections since 2002, tells SouthWorld, its Brussels representative, Mohamoud A. Daar. In December 2017, international observers from 27 countries including EU states, Argentina, Brazil, the U.S. and Canada monitored the presidential election.  Of course, Somaliland expects more, namely recognition, explains Mohamoud A. Daar who considers that his country fulfils all conditions and keeps lobbying the European Parliament where he has established ontacts with all the main political groups. 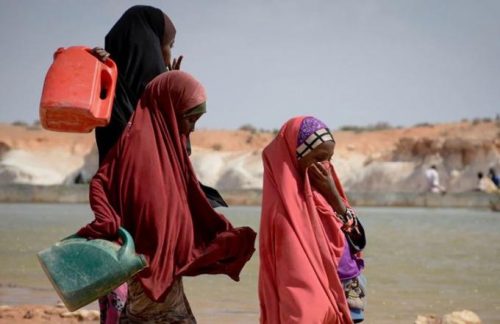 The EU is being increasingly involved in development projects in Somaliland.  Alongside with the UK and Sweden, it has mobilised a combined support of 19 million Euros to accompany the Somaliland’s efforts to prevent and address the impact of droughts which aims at reducing the vulnerability of 58,000 households, by improving their access to water and health services. The EU finances also agricultural projects in the Western part of the country, education programs, the training of teachers and an assistance to the Ministry of Planning.
The local authorities would like the EU to join the UK, the Netherlands Norway and Denmark in providing financial support through the Somaliland Development Fund (SDF) which was established in 2012 to provide a single vehicle through partners can support Somaliland’s development goals. During the first phase of the SDF which was implemented during the 2013-2018 period, U.S. $ 59 million were invested in a number of projects in line with the government’s National Development Plan. The list includes the Marodijeh Upper Catchment Soil and Water Conservation project, Water supply and Water Sanitation projects, several road projects including the link between Lafaruk and the port of Berbera and fisheries projects. 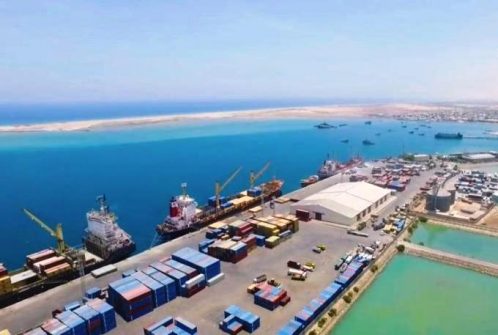 Important developments are taking place at the port of Berbera which are vital for the regional trade. According to Mohamoud Daar, the recent reconciliation between Addis Ababa and Asmara which enables the resumption of the traffic of Ethiopian goods through the Eritrean ports of Massawa and Assab, should not have a negative impact on the port of Berbera. On the one hand, because it is much closer to Ethiopian Southern cities such as Dire Dawa and Harar. Because they are aware of Somaliland’s strategic role on the logistical front, Somaliland entrepreneurs including Digaale Energy’s Mahmoud Abdalla were invited to the EU-Ethiopia business forum which took place on the
last 14 May in Brussels.
On the other hand, Berbera offers the unique advantage of being a natural deep sea port which prompted the United Arab Emirates’ Dubai Port World company to sign a 30 year concession in 2016 for the management and the development of a multi-purpose port project at Berbera  and invest U.S.$ 442 million in the project.  This should attract more shipping lines to the port where an increasing number of Australian and Chinese ships are already docking. The port’s activity is also boosted by the exports of live animals from Somaliland to the Saudi Arabia, the UAE Oman and Yemen which represent the main source of the country foreign exchange earrings. Livestock production account for 60% of the country’s GDP. 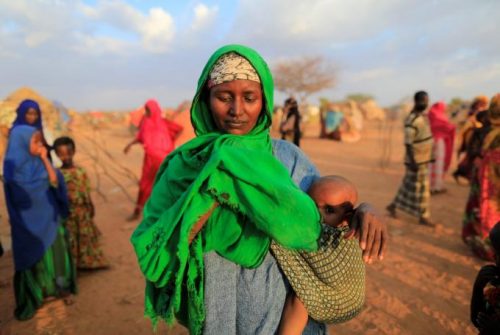 Owing to the strategic position of Somaliland in the Horn of Africa, the unrecognized state also gets support from the EU and other countries to fight piracy and secure maritime routes. European Union’s NAVFOR vessels train with the Somaliland Coast Guard.  Since 2013, the European Capability Mission (EUCAP) is training the Somaliland Coast guards which will enhance the security around Berbera Port. Moreover, In December 2018, Sweden donated three fast modern boats to the local coast guards. The EU also commends the collaboration of Somaliland in the fight against the trafficking of human beings.
However, the Hargeisa authorities deplore that the international solidarity is not sufficient to handle the issue of the assistance to internal displaced people whose number is estimated at 300,000 including more than 24,000 from Somalia.
But the foreign interest for Somaliland is also owed to its future status of oil producing country. According to the minister for Energy and Minerals, Jama Mohamoud Egal, drilling should start before the end of this year. Six blocks out of 24, have been awarded to three companies: Genel Energy Rak Gas and Ansen Gas. One of Genel’s blocks has an estimated potential of 1 billion barrels.