Owing to a lack of evolution of agricultural techniques, slash-and-burn agriculture remains the most frequent practice in Central Africa.

During centuries, a balance was maintained between resources and exploitation, owing to low population density but now with the generalized use of chainsaws, this balance has gone, says Trefon.  Besides, except for the very fertile soils of Kivu and Rwanda, elsewhere the soils are poorer and need fifteen years to regenerate. Unfortunately, fallow periods are no longer respected, deplores Cédric Vermeulen. In addition, fallow lands are increasingly transformed into pastures near the Virunga Park, which prevents secondary reforestation, while cattle herds penetrate inside the park, Theodore Trefon criticises.
At the same time, industrial-scale agriculture might, in a not so far future, accelerate widespread deforestation like in the Amazon. One of the reasons, explains the Rainforest Foundation, is the exhaustion of available land for palm oil culture in the countries which are the global market leaders, Malaysia and Indonesia.
Further crude oil price increases might accelerate the trend if biodiesel from palm oil becomes more competitive. According to the Rainforest projections, over 2 million hectares are about to be converted into palm oil plantations in Africa. These concessions would encroach on the habitats of endangered wildlife species which also provide game and other means of subsistence
to the local populations.
The Gabonese NGO, Brain forest is particularly concerned by the Libreville government’s plans to transform Gabon into Africa’s main palm oil producer. Accordingly, the Singapore-based transnational OLAM International, is willing to develop large palm oil and rubber projects in the country. It namely plans to expand the surface of its plantations in the Estuaire and Nougnié province from 87,274 to 300 000 ha.
Local farmers deplore that not only will OLAM destroy community fields but also sacred forests which have important symbolic meaning
in the Fang culture.

The threat of extractive industries
According to the Rainforest Foundation, mining concessions overlap 62% of 34 protected areas in Central Africa. This applies partly to the illegal exploitation perpetrated by gold diggers including some who work for Chinese companies in the former Province Orientale of the DRC. 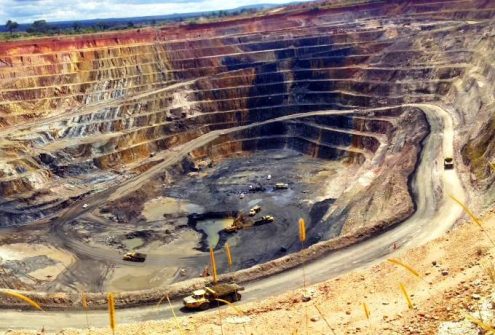 But there are also mining concessions which have been awarded by the government, despite the fact that they overlap the protected areas, revealing serious governance problems. The World Resources Institute calculated that it was the case in 2012, for 3.5 million hectares of mining concessions in the DRC. One example is the Kahuzi-Biega park in South Kivu, where mining concessions have been awarded to a number of companies including the cassiterite (a tin bearing ore) concession of the state-owned Société aurifère du Kivu-Maniema (Sakima).
In Cameroon, the mining activity is intense in the Boumba-Bek (238 200 ha) and Nki (309 300 ha) national parks.
The Hydrocarbon Diamonds and Security (HDS) operates in the first one whereas Ekok Mining, Camerican Mining Nki and CMC Dja are exploiting gold and iron in the second one. The Gabonese government has also awarded concessions in the Ivindo (300 000 ha) park, which is the sanctuary of lowland gorillas and elephants, to the diamond mining company MOTAPA and to the manganese producing company CMTR. In Congo-Brazzaville, Mining Project Development (MPD), a subsidiary of the Swiss-based trading giant Glencore and Alassane-Géomines hold, respectively, iron ore and gold concessions in the 1.36 million ha Odzala-Kokoua park.
Last year Ghana signed a deal with the Chinese company Sinohydro offering huge bauxite deposits in exchange for a 2 billion dollars investment for the development of infrastructures. As a result, the unviolated Atewa forest which is part of the Guinean Forests of West Africa and provides the habitat for a major collection of Ghana’s biodiversity will be negatively affected. 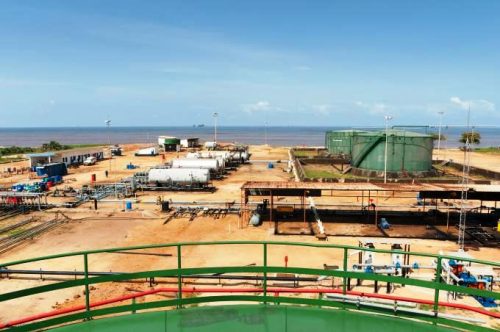 The oil industry remains a major threat as well. According to the Rainforest Foundation’s findings, oil concessions are overlapping 39% of the protected areas in Central Africa. In Uganda, Total is about to exploit oil wells inside the Murchison Falls National Park, claim Friends of the Earth and Ugandan NGOs. In Congo-Brazzaville, Petroleum E & P takes from the Ngoki oil block, 64% of which covers peat land areas which are among the world’s largest and hold a large CO2 storage capacity, which is crucial for climate change.
Environmental activists from the Niger Young Volunteers for the Environment (NYVE) civil society organisation, started a petition in September to stop the Niamey authorities from moving the boundaries of African’s largest nature reserve, the 96,000 sq km Termit and Tin Toumma reserve in Eastern, to honour a deal with the China National Petroleum Corporation (CNPC). It is home to 130 species of birds and 17 types of mammals, including the Saharan cheetah, and the addax antelope. The perimeter of the reserve encroaches on the Agadem oil blocks attributed to CNPC. As a result, nearly half of the entire protected area (45,000 km2) will be decommissioned. The trend is general unfortunately. In DRC, President Joseph Kabila signed a decree on the 13 December 2018 which approved a production sharing agreement with the South African company DIG Oil for the blocks 8, 23 and 24 of the Cuvette, including one which overlaps on the World Heritage Salonga National Park which is larger than the size of Belgium. This decision aggravates the threat represented already by the award in February 2018 of another block in the Cuvette, which also encroaches on the Salonga Park territory and which was awarded to the Compagnie Minière du Congo (COMICO), which is controlled by the South African businessman Adonis Pouroulis. In addition, the Congolese government is also considering declassifying large portions of the Virunga National Park. (F.M.)