The Post-Synodal Apostolic Exhortation of the Holy Father Francis, Querida Amazonia, was presented on 12 February. Let’s give a key to understanding its significance.

Dreams constitute a special literary genre, which can be also found in the Bible, both, night dreams by which God communicates with the faithful, and daytime dreams which manifest deep desires and expectations. Pope Francis’ dreams are rather daytime dreams, like the dreams of the land of promise and the evangelical dreams of the Kingdom of God: giving life in abundance, getting free from any kind of slavery, a new heaven and a new earth. Francis’ four dreams about the Amazon are the social dream, the cultural dream, the ecological dream and the ecclesial dream. 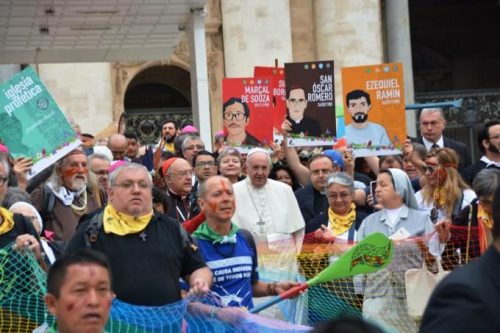 In the first three dreams, Francis applies his teachings of the Laudato sì Encyclical to the Amazon issue itself by mentioning the care of the common house, with great sensitivity and beauty before the mystery of the creation that is discovered in the Amazon: its rivers, its jungle, its richness of fauna and flora, and especially the variety and richness of cultures and the ancestral wisdom of its inhabitants who teach us to ‘live well’ (Buen Vivir) in harmony with the community, the earth and God. The Amazonian peoples’ way of living is an alternative to the modern western materialist, consumerist and individualist world that generates social inequality and destroys nature. Many paragraphs conclude with songs and poems full of beauty and harmony: ‘Lying in the shadow of an old eucalyptus our prayer of light plunges into the song of eternal foliage’ (Sui Yun, 56).But this immense wealth and beauty today is threatened by large national and multinational companies that in search of ever greater profits, destroy nature, and overwhelm the indigenous people who are forced to leave their territories and to emigrate to cities. The leaders of these indigenous populations are often threatened with death or even killed. 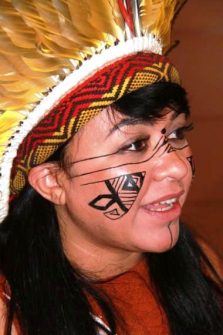 Later in the Exhortation, the Pope’s style becomes strongly prophetic in the face of the new colonizers who oppress the people as did the Egyptian pharaoh with the Israelites, creating devastation, submission and misery. The cry of the Amazonian people addresses Heaven. Indigenous peoples are experiencing an unfair situation and the devastation of the Amazon is a crime, a serious ecological sin, which make the veins of mother earth bleed. Francis is outraged as were the prophets and Jesus himself (Mk 3,5).
The Amazon must be a place of fraternity and dialogue, not a project of a few at the expense of many. Nor should the indigenous cultures be considered as savage or primitive but just as different worldviews, as an Amazonian polyhedron full of wealth and wisdom. Everything is God’s creative work, which through Jesus is incarnated and takes care of us.
As for the ecclesial dream, one expected that Francis would pronounce himself in favour of the ordination of married men and the female diaconate, as it was approved  in the Synod. The claim by many media that the Pope rejects the ordination of married men and the female diaconate is false. The Pope, on these conflicting issues, keeps a deep silence, does not open or close doors. He prefers to reinforce the ecclesial fabric rather than putting a new patch on an old suit. 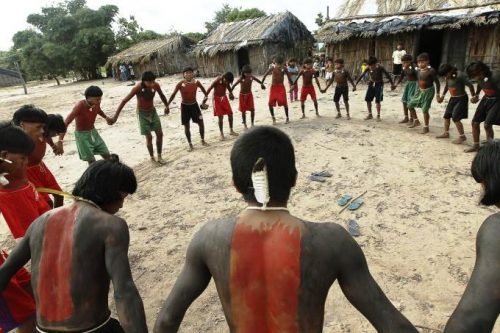 He speaks of the importance of a native and well-trained laity, with a plurality of lay ministries. The Pope speaks of strengthening grassroots communities, and asks that bishops from other places, especially in Latin America, send missionaries to the Amazon. Pope Francis wants to encourage the initial and permanent formation of deacons and priests, in order to recognize the great missionary role of women and of consecrated life, inserted and inculturated. The Pope underlines the need for the presence of itinerant teams and the Panama-Episcopal Episcopal Network (REPAM), especially for border areas, he asks not to clericalize  women, nor to value them only for their functionality, but for their feminine contribution to the Church, he proposes to foster dialogue with other Christian groups with whom we share the Word and faith, etc.
Why this ecclesiological silence on the burning issues of the synod?  Perhaps to listen to the opposition and not cause greater ecclesial tensions or possible schisms, waiting for other more opportune moments to decide?
Is it the triumph of conservative groups, as public opinion has said? Or is it that, as Francis says in ‘The Joy of the Gospel’ (103) and repeated here (104-105), in situations of conflict we must seek the solution of the dialectical polarities on a higher level and wait for the overflow of the Spirit that causes a greater audacity offered by God? 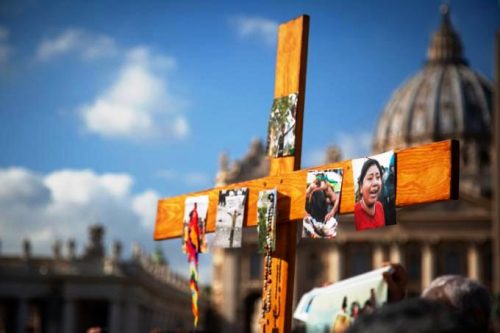 I would add another complementary reason. If these intra-ecclesiastical issues regarding ordering married men and female diaconate were opened up now, they would totally monopolize the attention of public opinion and the ecologic, social and cultural dimension of the synod would be eclipsed. The cry of the Amazon people would not be heard and the Synod which is supposed to debate global issues on the survival of humanity would end up debating internal discussions of Catholics. Certainly the Church, as Francis says, cannot be reduced to an NGO concerned only with the social and sustainable progress, but it must announce the Gospel of Jesus, source of life and salvation.
However, the Pope thinks that, in this particular moment, denouncing the threats to our planet may have the priority and be more urgent than other internal ecclesiastical matters. 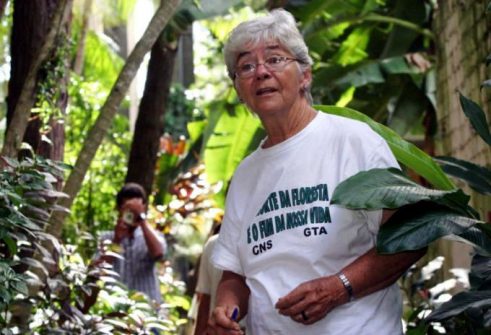 It may be a purely casual coincidence, but this Post-Synodal Exhortation, signed on February 2, 2020, has been promulgated and presented on February 12, exactly 15 years after the martyrdom of the missionary religious Dorothy Stang in Xingu, Brazil. Dorothy, who defended the natives against the overwhelming destruction of their territory by multinational companies, was threatened with death and while reading the Beatitudes she was murdered. Couldn’t this death be a symbol and compendium of Francis’ dreams in ‘Dear Amazon’?
Let us contemplate the beauty of the Amazon and sing the glory of the Creator and let’s pray and work to defend the poor of the Amazon and let’s take care of their creative work.