The arts of crocheting and fishing narrate the stories of the beaches of northern Peru.

Peru has always been a land of weavers since pre-Inca times. The finest varieties of cotton such as tanguis, pima and native cotton are cultivated in the north of the country. But Peru is also a land of fishermen, who at three o’clock in the morning leave home, equipped with hooks and the nets which they weave personally, to catch the abundant and exquisite fish, the base of the Peruvian cuisine. 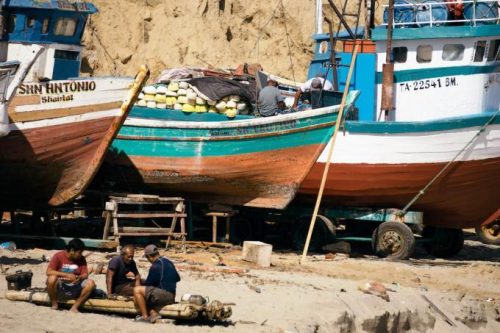 The life of fishermen is marked by knots and dawns at the beaches of northern Peru: Cabo Blanco, Puerto Pizarro, Canoes of Punta Sal, Máncora, Tumbes, Los Órganos, El Alto and Talara. This coastal region is described as ‘the ceviche route’ by famous chef Gastón Acurio in his book Cebiche Power. This book which is basically a tour through the more than 3,000 kilometers of coast of this Andean country in search of the most delicious ceviche, introduces readers to the history and secrets of each region and their most representative ceviches.
Gastón Acurio is the host of this journey and reports the anecdotes and stories of the fishermen he met. He also spoke with their wives who, while waiting for the men to return home from fishing, prepare the lunch which generally consists of  delicious ceviche with a lot of lemon (the best is that of Piura) and seasoned with varieties of chili that accentuate the flavours of the sea. But the women leaving in this coastal region of Perù are not only famous for their ceviche dishes, but also for their crochet works. Most of them are very good at knitting and crocheting, arts which they have learnt from their mothers and grandmothers and like them, they spend long periods of time crocheting, seated on rocking chairs in front of the sea. 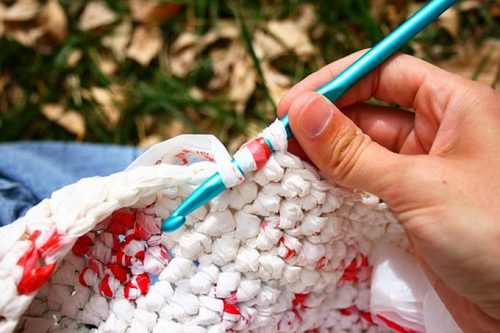 It is said that the art of crochet came to America from Europe, where it was developed in the sixteenth century. It became very popular among women who used to gather to spend whole afternoons knitting, crocheting, eating and chatting. Although it is not known for sure if crochet originated in France, the term comes from the word ‘crochet’, which in French means ‘hook’. In colonial and republican America, crochet found fertile ground and became such a popular activity in colleges and religious orders that it turned out to be also an important source of income for many communities. 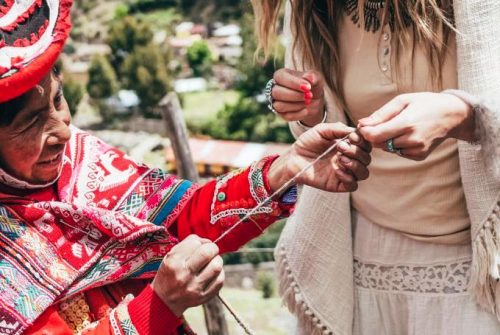 Peruvian cotton fibres are among the finest materials in the textile industry worldwide and  are characterized by their softness, resistance and brightness. When the Europeans arrived in America, they discovered that cotton was used to make very beautiful and complex textiles.  Incas used this material for their sophisticated fabrics. One piece often incorporated several techniques. That is why today cotton is the natural material for weaving stories, as Isabel Allende says: “Writing is like crocheting to me: I’m always scared of losing a stitch”.