In view of the Synod of Bishops for the Pan-Amazon region scheduled to meet in Rome next October, we are preparing a series of articles. We start with an interview with  Ribelino Ricopa, a member of the indigenous Kukama people, who has been the animator of the parish of Santa Rita da Cascia, in the Parinari district, in the Loreto region
for fourteen years. 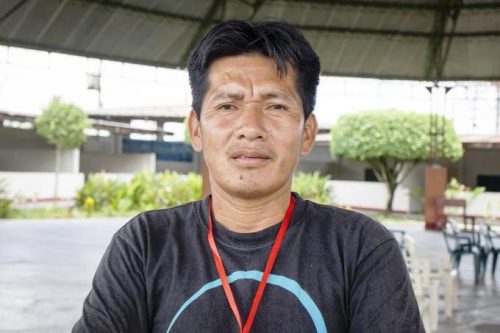 How do you see the relationship that the Church has with the indigenous peoples of the Amazon?

The Church brings a religion that sometimes is not in accordance with the culture of our peoples, who do not perceive it as something belonging to them, but as something brought from outside. So, I suggest in the view of the Synod – as the Pope says – that the Church  must look for new ways to reach the Amazonian peoples and their cultures. This is possible by respecting their traditions and their indigenous cosmovisions.

Do you think that a dialogue can be possible between the beliefs of your peoples and what the Church does or says?

I think it’s possible. But what I would like to underline is that our beliefs, such as the purahua (a great water snake that shoots magnetic rays from its eyes by which it is able to attract anything coming from above and can transform itself into boats of various shapes), are something real to us, something that we feel deeply. It might seem an imaginary world, but we, the indigenous people, are strictly connected with it, because to us it is a world which is inhabited by other beings. 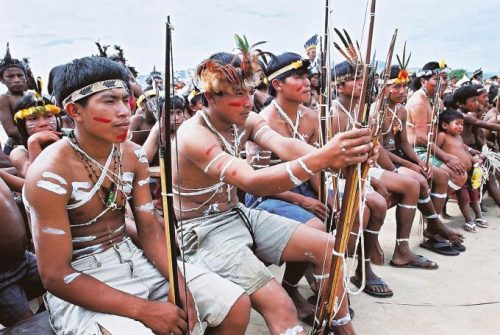 For instance when a person of our communities feels sad, they get connected with the spiritual world through dreams or a ‘medicine man’ and so they can talk to the spirits who reassure and calm them and say that they protect them and their relatives. That is why I’m saying that our beliefs are connected with reality, with our everyday life.

How could the Church improve the dialogue with the indigenous peoples?

By enhancing intercultural dialogue. We the indigenous populations often have the feeling that when we say something we are not believed or are not taken seriously. So we often prefer not to express our opinions and feelings and even if we accept the concepts they teach us, at the same time we do not feel that they belong to our culture, to our way of seeing things. What’s your strategy to explain Christian concepts to your indigenous brothers?

How is the inclusion of these elements in the Christian rituals generally seen by the Church?

We, in our parish, have been including elements belonging to the local traditions in the Christian rites for more than ten years by now and I think the Church has accepted this way of working in order to better explain Christian concepts to indigenous peoples. This is the path to follow if we want to build a Church with an Amazonian face. Christian priests and pastoral agents must learn that things or animals are not just things or animals to us the Kukama people, but they are parts of our being, of ourselves. 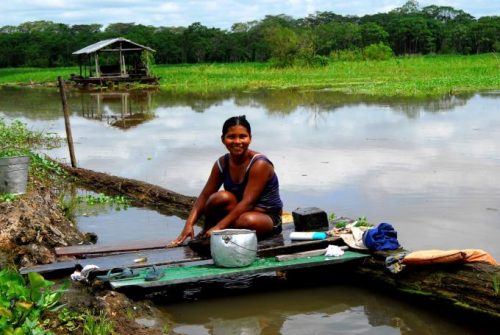 All Kukama surnames are related to animals, fish and trees. A tree cannot be just a tree, but a tree can be your grandfather, your cousin or your doctor. Pacaya is a Kukama surname which is formed by two words: ‘Paca’, which means majaz, a jungle animal and ‘ya’ which means  heart; so Pacaya means ‘heart of majaz’. There is a tree called Murayari, but Murayari is also a Kukama surname.
We the Kukama people are extremely connected with animals and plants and this makes us feel strong and safe. We also feel connected with the world of spirituality, which is not the spirituality of the Church. Our  spirituality is considered by the western world as superstition, while to us it is something real, it is life, and it helps us to survive.

The Church has a lot to do if it wants to shape an Amazonian face.