The Maori of New Zealand have a sacred vision of nature. Traditional patterns used in their wood carving, tattoos and amulets are often inspired by the natural environment.

The Maori were the first settlers of New Zealand. They arrived there on their wakas, wooden boats suitable for sea sailing. The term Maori is used to describe the native people of New Zealand along with their culture and language; while Pakeha is a term used to define the new comers, the white European settlers, who currently make up about 70% of the population of New Zealand.
The culture and daily life of the Maori people are steeped in spirituality. Nature is considered sacred by this Polynesian ethnic group. 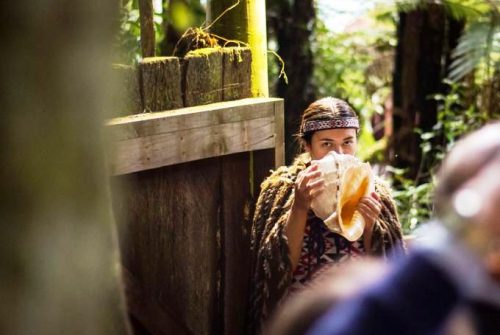 Some elements of nature can even represent gods. Geckos, for example, are believed to be emissaries of the god Whiro (god of darkness and personification of evil). According to the Maori world view, all elements in nature: mountains, plants and animals are animate living beings, and are all related to each other. Therefore this people has great respect for the creatures that they hunt or fish, and for the products that the land offers and for the objects they make with wood and other natural materials. Objects are considered works of art which have both a utilitarian function and at the same time the function of passing down through the generations the heritage that constitutes the Maori cultural and religious identity.

The Maoris find the main source for their manufactures in the forest: wood in fact is the material they mainly use for building infrastructures and many objects, such as boats, which are usually elaborately carved and decorated with paintings in the bow; taiahas, their traditional weapons; or the columns of a wharenui, a meeting house. Also the marae, a communal and sacred meeting ground, is made of wood.  Important items such as the buildings and structures around a marae or wakas are often decorated in red. The colour red is in fact a symbol of mana which is a foundation of the Polynesian world-view,  a spiritual quality with a supernatural origin and a sacred, impersonal force. Having mana implies having influence, authority, efficacy and the ability to perform in a given situation. The quality of mana is not limited to individuals; peoples, governments, places and inanimate objects may also possess mana. 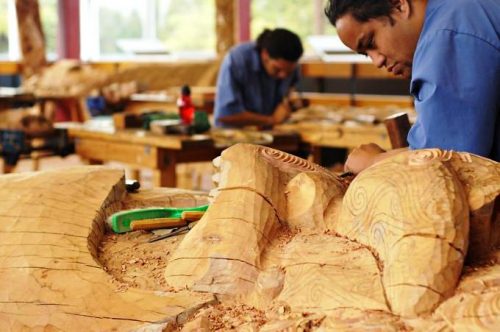 The sculptures and drawings painted in red at the entrance of a marae represent the tribes and their spirituality. Dates of weddings, funerals and community leader meetings are also carved in the wood of a marae.
The art of wood carving is called whakairo rakau and focuses on using a range of native timbers, particularly wood from the majestic giants of the forest, the kauri and totara. Maori wood-carvers traditionally used tools made of nephrite, a jade stone, which was precious for its strength as well as for its natural beauty. Whakairo rakau is an art that requires patience, diligence and intuition for making sculptures carved from a single block.

The art and meanings of tattoos

Drawings express the spiritual meaning of things in the Maori art. Tattoos on the body tell the story of the tribe and family the person belongs to, they reveal their social status and some characteristics of the individual: in particular, courage. In the past, tattoos were part of the initiation rite that marked the transition from adolescence to adulthood. The Maori tattoo consisted of bold spiral designs covering the face and the legs of the Maori men. Maori women were usually tattooed on the lips and chin and in some cases on the neck and the back. Nowadays, Maori men are mainly tattooed on their arms while Maori women show tattoos on their jaws.
Maori tattoos are typically done using a knife and chisel, or other sharp instruments, such as shark teeth and sharp stones and ink, which is made from natural ingredients such as blends of burnt wood, liquid rubber and insects. 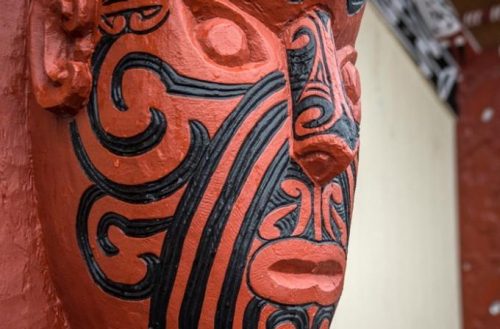 Maori tattoo designs are based on the spiral; they are curvilinear and are inspired by nature and gods. One of the most popular Maori tribal symbols is the spiral. It is a representation of a fern leaf. It signifies a new beginning of life and symbolizes hope, growth and harmony. The Maori people have a tight connection with the sea and consider the shark as the king of the waters, therefore shark teeth are one of the most popular patterns used for tattoos. The shark teeth pattern usually represents courage, guidance, power, ferocity, adaptability, etc.
A stingray symbolizes Maori wisdom. This large, flat fish is elegant and swims gently but its long tail has poisonous points on it, which inspired the saying, ‘The wise leave stingrays alone’.
The fish hook symbol is said to represent prosperity and safe travel over water. The Maori have a very strong connection to Tangaroa, the god of the sea. The Maori fish hook symbol also refers to being dependent on the sea for their food gathering.  The fish hook is a talisman for good luck, and it represents strength, determination and enthusiasm for a safe journey at sea. 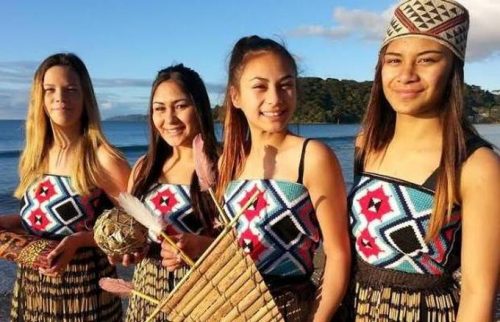 Palms and coconut palm symbols express serenity because they grow in arid lands where there is no prospect of prosperity, but they can live thanks to the energy of the sun. In Maori culture, the sun often symbolizes wealth, brilliance, grandness and leadership.  Birds are associated with the concept of freedom and symbolize the soul after death. The owl, in particular, symbolizes women’s soul. Swallows return home every year, no matter where they are. The swallow is a bird that chooses a mate for life. Therefore a swallow tattoo is also a symbol for love and loyalty to the family. Turtles are associated with the concept of family since they evoke longevity and calm. Lizards are regarded as messengers of the god of death and disaster. They are known to guard against all kinds of diseases and misfortunes and to deliver people from enemies. The hawk represents a Maori version of the legend of the god Maui, who fished the islands of the Pacific Ocean from the sea. The rainbow represents Kahukura, a tribal war god and also symbolizes the communication channel between Heaven and Earth. 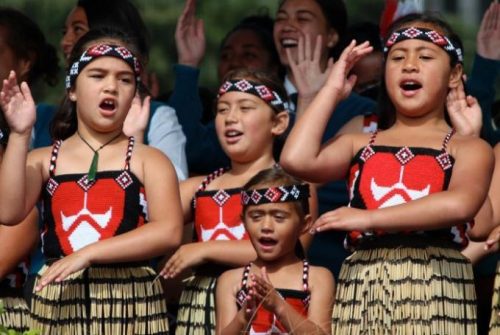 The tattoo representing Tumatauenga, the god of war, is associated with the haka dance, the Maori war dance. Haka is the generic term given to a Maori war dance, war cry or tribal challenge. It consists of vigorous rhythmic movements that involve various parts of the body. Traditionally, the haka was primarily performed by warriors before going into battle as a way of proclaiming their strength and intimidating the opposing  tribe. The world was introduced to the haka through its use in sport in1888 for the first time and rugby teams continued to carry on the haka tradition from then onwards. The symbol of stars is also tattooed, since stars are believed to be a protection against evil. For this reason, decorative stars are traditionally used on the outside of houses. Stars are also linked to the passage of warriors during battles.