Of African descent, with a voice that is elegant, smooth, sensually melancholic. Imany overpowers and charm.

Her birth name, Nadia Mladjao, immediately shows her African origins. In effect Imany, an ever brighter star on the new transalpine music scene, was born in Provence, near Marseilles into a family originally from the Comoros Islands. Her stage name means both ‘faith’ and ‘hope’ in Swahili, and clearly shows the reference values that have guided her options until now. Hers has been a life of many turns. It began in 1979 in a very large Moslem family (ten brothers and sisters), under the strict control of a military father. 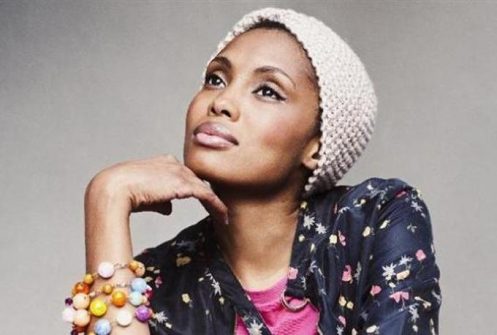 Her passion for athletics soon became a serious commitment that transformed her into a promising young athlete in the high jump. But Nadia was also gifted with the physique of a model and was spotted on an underground train by a representative of Ford who convinced her to enter the world of fashion. Imany then left sport for the catwalk: her profession took her to the United States and continued successfully until her love for music persuaded her to leave the world of fashion for the equally glittering world of pop music. Influenced mostly by the folk style of Tracy Chapman (whose warm voice greatly resembles her own), but also by the greats of rhythm ‘n’ blues, Imany began to make herself known with an intriguing single ‘You will never know’, released in 2013. 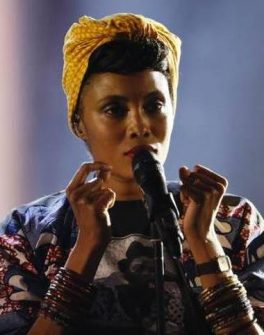 Three years later she launched her important and revealing second album entitled: ‘Wrong kind of war’. The album is quite different from the first and reflects further important changes: her recovery from a serious illness (endometriosis, that has no known cure; she now works for its prevention with the Endomind association), her marriage to her producer Malik and especially the birth of little Isaiah to fill her life even more: “Unlike the previous album, this time I preferred not to speak a lot of myself but of what is happening around me. I find daily reality sometime unbearable: the TV often shows us pictures of men, women and children dying as they try to flee from wars of which we are both victims and perpetrators, since it is often the bombs bought with our money from our taxes that kill so many innocents”, Imany explains. 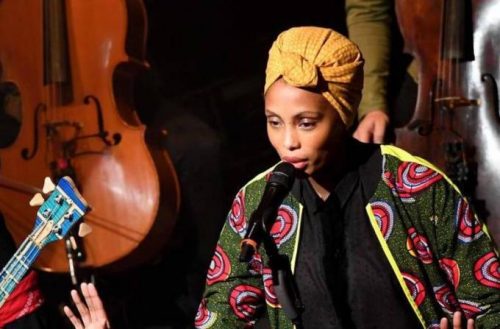 The meaning of other themes also points in this direction and Imany speaks of the environment (‘The rising tide’), of social problems (‘There were tears’, dedicated to Nelson Mandela) and of struggle (‘We are the five fingers of one hand, but together we can make a fist’, she sings in the song ‘Silver lining’).
It is a difficult album, involved, but also full of hope and often heard on the radio. Imany also sings of her African origins (the album was, for the most part, inspired in Dakar) and she does not hide her one great desire: to return to her land of origin for a concert.