A young Frenchman of African descent has invented a new type of rap to set the new Afro generations dancing and more. It is taken from West African languages and does not try to imitate the American style.

Up to three years ago, Mohamed Sylla, also known as MHD, was delivering pizza in north-east Paris. In his free time he would play football with his friends. However, from time to time he would write things: it was not as if he intended to get into a studio and record some music, but he just liked to write and keep the verses, just in case. Then, in 2015, when he was nineteen, he began to post some clips online. He called one of the Afro Trap Part 1. Trap is an evolution of Rap that developed in the United States starting in the nineties. Philologists may well debate whether the music of Mohamed Sylla can really be called Trap, but it is not that which is important. What counts is that, with the expression Afro Trap, MHD wanted above all else to put his mark on his own artistic style and reclaim his own life-story: with his father from Guinea and his mother from Senegal,he was born in France, in Vandea, and grew up in the capital where, together with his four siblings, he listened to African music, especially from Guinea, as well as American and French hip hop (i.e. rap).He was in Guinea for a holiday but has returned also to perform in concert at Conakry stadium in front of an audience of thousands. 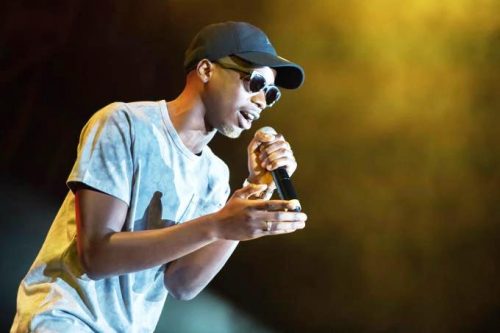 In Afro Trap Part 1 there are none of the usual hip-hop places from beyond the Atlantic: no aggression or machismo shows of wealth or scantily-dressed women. It is a “home-made clip”: MHD rapping with his friends, children of all ages, mostly of African descent, dancing with him in the street, between the brick buildings around the Colonel Fabien Metro Station, in the quarter where MHD grew up, the 19th precinct of Paris. Afro Trap Part 1 went viral: on YouTube it has so far counted more than 23 million hits. One of the secrets of this success is its simplicity: many people, non just in France, could see themselves in this representation of the new generations coming from immigration, a positive image very far from the usual stigmatisation of young people from the “south” of the world living in the cities of Europe.

It is not easy, even for a Parisian, to match the agility with which MHD plays with words: apart from contemporary argot, the MHD texts contain many words and expressions in African languages such as: Soninke, Bambara, Wolof and Fon. Here, too, MHD has distanced himself from American rap and the French rappers who insert English words into their texts. In non-French-speaking parts of the world and for those unfamiliar with the jargon of young people, what speaks loudest in Afro Trap Part 1 and in other MHD clips is above all the music, the rhythm, the moves – lively, joyful and clearly influenced by African dances of recent decades – and the smiles, the humour, the desire to celebrate of the young rapper and his friends. The idea of the naming the first clip Afro Trap Part I was spot on and made people look forward to more, and there have been ten, to date.. Part 4, entitled Fais le Mouv (make the move), is an incitement to dance with which MHD galvanises the public at his shows, in France and in Africa, in Great Britain and in the USA (where he is one of just a few French rappers to have done tours), he became a classic. The two beautiful black children, a boy and a girl, dancing in Part 9 on the banks of the Seine, the Eiffel Tower in the background, were picked out by him after he had seen them dancing at one of his shows. 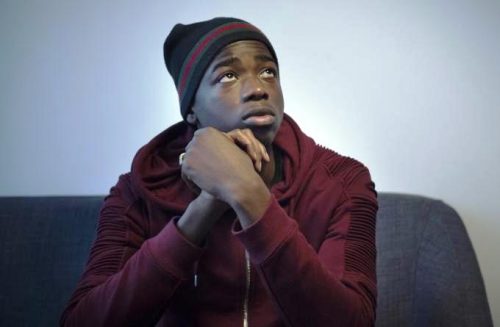 Right from Part I, the sporty outfits of MHD’s friends, with the colours and symbols of the major teams, referred to was a reminder of football as the passion of MHD and many boys like him. Afro Trap Part 3, also with his friends in the same location as Part 1, is entitled Champions League, and the greatest European tournament is used metaphorically to speak of the reality surrounding MHD. Amplifying the MHD phenomenon, many football stars have used his dancing style to celebrate their goals: Paul Pogba, for example, who plays in centre field for Manchester United and for France, and is originally from Guinea.
Marcello Lorrai