A pre-Islamic instrument. Three brothers. Music that is a poetry, the heart and the patrimony of a people. Last October they launched their sixth album. The Long March

At first sight it looks like a mandolin with a crooked neck. The oud is the chief musical instrument of Arabic music. It is a chordophone instrument belonging to the family of the lute with its unmistakable sounds. The oud is of Persian origin, evolved in turn from the barbat, a pre-Islamic chorded instrument. Around the tenth century it arrived in Europe by way of Spain, where it very soon became one of the preferred instruments for accompanying court music. In its long history, its shape and number of chords were changed more than once (at present it usually has 11 strings, grouped in five couples and one single bordone). 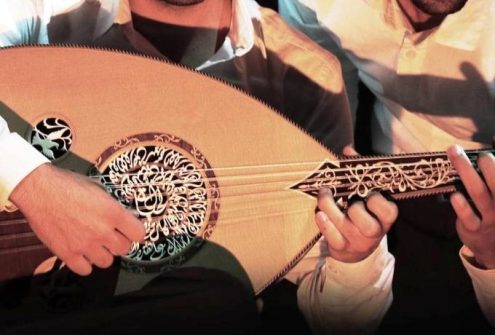 The oud is poetry, vital sound, miocardic vibrations that descend directly from the ears to the soul. Its sounds immediately evoke desert panoramas and Bedouin caravans, the austerities of the mosques and the picturesque dances of popular Arabian culture. The masters of this instrument are all stars: obviously not because of their chart hits but in the view of those who see music first of all as an affair of the heart and the patrimony of the people, rather than a market item. For those wishing to immerse themselves in the exotic atmosphere created by this very special instrument, there is much to choose from. There are, for example, Tunisians Dhafer Youssef and Anouar Brahem, the Syrian Farid al-Atrash, the Iranian Bijan Mortazavi, the Lebanese Marcel Khalife and the Egyptian Joseph Tawadros: they are all extraordinary virtuosi, able to play music ranging from the classical tradition to jazz. 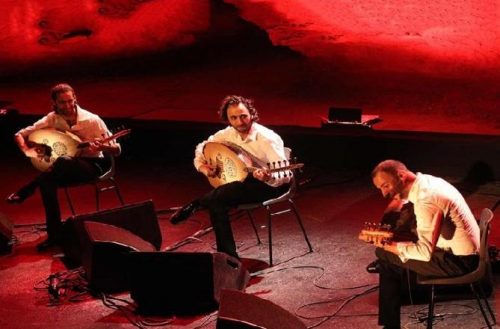 Among the main standard-bearers in this field are the Joubran Trio, made up of Samir, Adnan and Wissam Joubran, three Palestinian brothers born in Nazareth, who made the oud their passion and their profession. They are sons of art (their mother Ibtisam was a singer of ancient Arabic-Spanish poems and their father Hatem was one of the best virtuosi of chorded instruments in the whole of North Africa). The eldest brother, Samir, was the first to become well known with two solo albums between 1996 and 2001; for his third album he decided to invite his younger brother Wissam to the recording sessions, and, after the record, entitled ‘Tamaas’, was released, then Adnan also joined them to make up the trio, launched with a memorable concert in the Luxembourg gardens in Paris in August 2004. 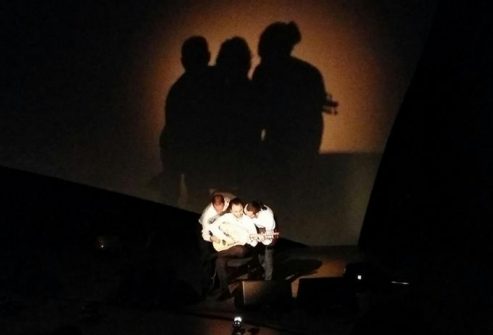 Since then, the trio have continued to perform in various cities of North Africa and in Europa, dividing their time between their native city of Ramallah and Paris. Over time, the Trio have published various albums, collaborated with many Middle Eastern artists and worked on some soundtracks. The Trio Joubran has been frequently invited to compose for films and documentaries. They have been awarded several times in the ‘Best Music Score’ Category: in 2009 with ‘Adieu Gary’, at the International Film Festival, in Dubai; in 2012 with ‘The Last Friday’, at the International Film Festival, Dubai. 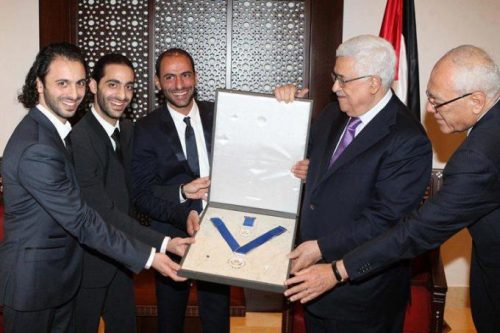 They were also awarded the Order of Merit and Excellence by the Palestinian National Authority, in  Ramallah 2013, for their career. They won the ‘Zyriab Award of Virtuosity’ at the International Lute Festival-UNESCO, Tetouan, 2016.Last October the Trio Joubran launched their sixth album: ‘The Long March’. With this album, they honour the struggles and oppression of indigenous peoples around the world and especially affirm that their music should be a part of the struggle of the Palestinian people for recognition and liberation. In particular it is dedicated to their four young cousins who were murdered whilst playing football on Gaza Beach.