A beauty now, the patrimony of humanity. Most of all a place of relations and social solidarity that goes against the individualism of modernity.

Tétouan is a city in the north-east of Morocco, between the Mediterranean and the slopes of the Western Rif mountain range.
Medina (an ancient city), a UNESCO World Heritage Site since 1997, is perched on the side of a mountain, surrounded by high walls and accessible through seven gates.
The layout of the city, founded in 1300, is a network of narrow winding streets, marvellous squares with the minarets of ancient mosques and fountains decorated with mosaics. Medina embraces a harmonious variety of architectural features and styles borrowed from different cultures and traditions. The social fabric of the city is variegated, the fruit of centuries of coexistence between different human groups. 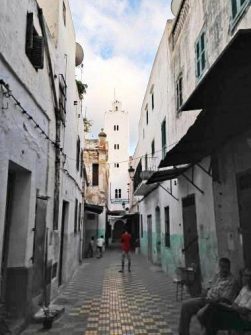 From outside, looking up at the walls, one’s first impression is that Medina is a world of its own, isolated and closed, despite its proximity to the Ensanche (literally ‘enlargement’, indicating the quarter built by the Spanish, 1910-40) and the popular quarters. With such a new city, a modern residential agglomerate that stretches along the road that leads from Tétouan to Ceuta (a Spanish-ruled enclave on Moroccan territory), the sense of proximity is lost.The whitewashed houses of the old city, the TV dishes that soar above the flat roofs as in southern Italy, the minarets that dominate the blue sky, and the English garden in the Qasba (military quarter) all form the background of this mediaeval framework. It all gives the impression of a separate world where time passes more slowly than elsewhere. As soon as one enters one of the seven gates, one is aware that Medina is a living and lively centre, a world that embraces and seeks to survive by its own efforts against the attacks of individualism deriving from globalisation.
Recent changes have also influenced the general opinion that new generations have about the old city, a priceless historical and cultural heritage. Even the young Moroccans living in the new city look upon the chaotic world within the walls with a mixture of disapproval and disgust. Poverty, filth and insecurity are the main problems; representatives of law and order stand at every corner.The imitation of foreign urban development and tourism incentives are the proposed solutions.

Migrants and the middle class

In effect, the cultural changes imposed by colonialism and modernisation caused an overall impoverishment of the rural classes and the weaker urban social strata.Nevertheless, a new middle class began to form, identifying itself with the ancient local nobility and so with the nationalist leadership. The more influential families of Tétouan took over the structure of the colonial apparatus and, once independence had been gained (1956), together with the key local and national political roles, they emerged from Medina and transferred to the Ensanche, the new city. The new middle class adopted those ‘values’ that distinguished the middle class with its individualistic character and class distinctions. 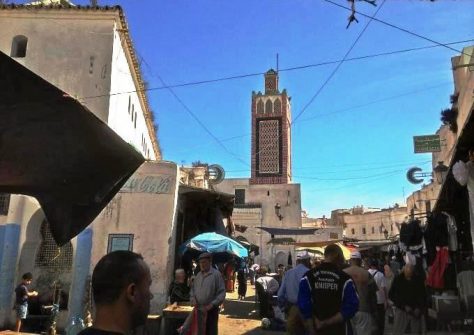 Medina then became the preferred goal of the waves of migrants that revolutionised the population of independent Morocco: first there were the internal migrations and then the migrations from sub-Saharan Africa. While at first rich and noble families could live side by side with the ordinary classes, the European colonial network made this rather inconvenient. The new middle class went outside the ancient walls while the older residents belonging to the lower middle levels of the population, enlarged by the newly arrived migratory waves, stayed in the old city. Medina is being transformed. New space and a new social structure that the new generations, born and raised outside the walls, are unable to understand. The quarters of the new city have been designed and structured like those of any other European city: wide streets for cars, residential blocks with dozens of apartments or private walled residences; open spaces that are nothing but consumer spaces. Private space is jealously guarded and kept separate from public space. The new social structure, with its required differences, resembles that of the contemporary West: people in a hurry and indifferent to the environment that surrounds them, minimal human relations, marginalization or even the exclusion of some social categories.

Tourism is not enough

Space in ancient Medina is, instead, planned and lived in a completely different way. In the old city, human and social relations develop and endure independently from what happens outside. This is possible due to the presence, in each quarter of Medina, of five places that are fundamental to the life of all: the mosque, the madrasa (school), the fountain, the bakery and the hammam (baths). These are inclusive spaces that impose personal interaction, being consolidated by routine and the topography of the city. The common greeting is salam aleikum, peace be with you. Everyone greets everyone. Space is shared as is water, prayer, knowledge, soap and bread. Solidarity is a continual and reciprocal process, not something now and again; solidarity cannot be bought or sold, seeks nothing in return and has no ulterior motives. 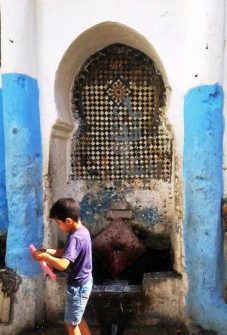 What happens when one lives in Medina is that those mechanisms of protection and social solidarity that are disappearing in our society are set in motion. Mechanisms that are being lost in the new spaces and the new social system of Tétouan. Human relations are the key to entering this world, apparently chaotic and untidy, to regain the deep sense of relationships. Medina welcomes you and protects you like a mother her son, regardless of blood ties. The welcome and protection are certainly not without their conditions. They depend on how much you are prepared to discover them, know them, listen to them and understand them.
Medina is not to be seen simply as poverty, dirt and insecurity: a judiciary and administrative problem to be solved, in the final analysis. This viewpoint, so negative and so far from a realistic representation is, however, in function of the process of the social climbing (from the ordinary people’s quarter to a more desirable residential quarter) that is taking hold even in Tétouan. 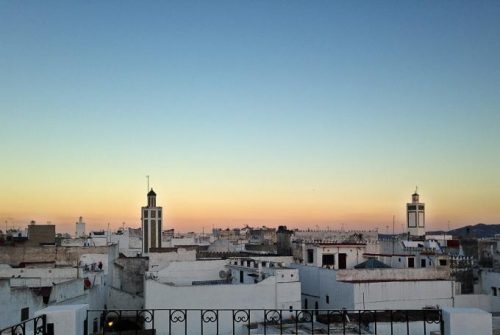 There have been but a few experiments designed to value the more characteristic aspects of Medina and to reconnect it with the outside world, in an effort to reverse the development of prejudice that leads to rejection. The only solution seems to be tourism: tourism that is abstract, consumerist, cold and artificial. To abandon Tétouan to the carelessness of hundreds of tourists armed with Lonely Planet and Reflex might relaunch the city, but the spatial changes would lead to further changes and the impoverishment of the spirit of Medina.
Medina lives and coexists with all its problems; but it lives most of all because of a series of relationships, sentiments, emotions and interactions that have not yet been lost and that globalisation and individualism have not yet succeeded in stealing from it. We need to be adopted by Medina and, in turn, to adopt it. Only in this way can we cease to be just tourists and all begin to be children and legitimate owners of this  heritage of humanity.